15 classic candies introduced in the 1950s

Did you trick or treat for Atomic Fireballs, Black Taffy and Pixy Stix? 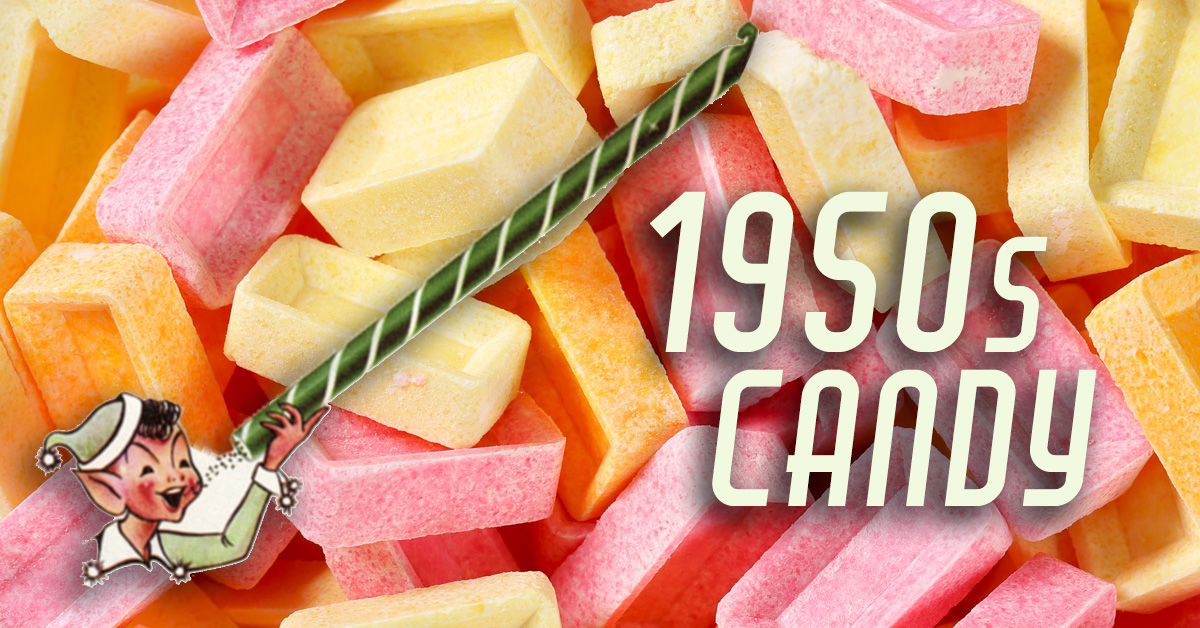 In the 1950s, rockets were taking to the air, cowboys were riding on black & white television screens, and rock & roll was making its first noise on radios. It's no wonder the decade was so quickly looked back upon with nostalgia. Indeed, for many, these were Happy Days.

Thanks to the Boomer generation, there were suddenly millions more mouths to feed with candy. It is here, during the Eisenhower Era, that candy made the leap from old-timey treats to wonders of modern food science. Many of the new sugary confections introduced in the '50s remain popular favorites.

Let's take a look at some candy that first swept the nation in the 1950s. 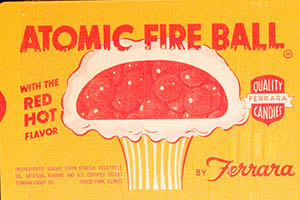 We take for granted just how dark this name truly is. Ferrara introduced the cinnamon hard candy in 1954, at the height of the Cold War and the nuclear scare. Kids were practicing bomb attack drills in schools. Afterward, they could swap candies on the playground that featured a mushroom cloud on the package. 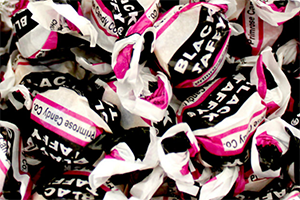 Originally known as Black Jack Taffy, this licorice-flavored chew was perfect for an era filled with film noir, leather jackets and Brylcreem-slick hair. 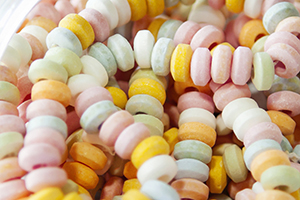 At last, in 1958 some genius finally gave us jewelry we could eat. 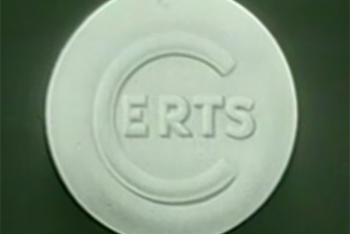 "It's a breath mint!" one twin would proclaim. "It's a candy mint!" the other would retort. So went the earliest ads for this breath freshener… er, candy. Is there a difference? Actually, it didn't contain any mint at all, rather the trademarked Retsyn. Certs hit the market in 1956. 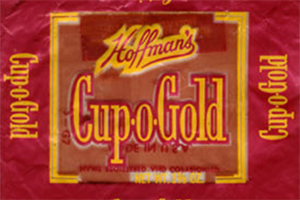 Similarly shaped as Reece's Peanut Butter Cups, Cup-O-Gold packed a creamy, marshmallowy center of its chocolate and almond cup. The Hoffman Candy Company in Los Angeles launched the goodie in the 1950s. 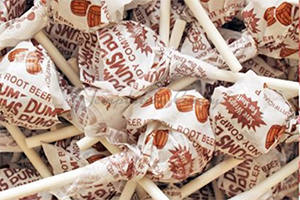 The iconic little sucker had been around since 1924, and in 1953 the Spangler Candy Company purchased the brand, adding a new flavor, root beer, to the line of seven originals. A year later, strawberry arrived. In 1955, a chocolate variety was introduced. However, it was replaced in 1960 with banana. Why were people so obsessed with banana flavoring back then? 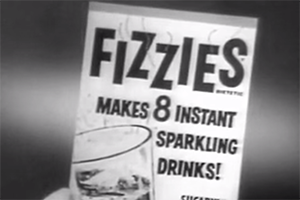 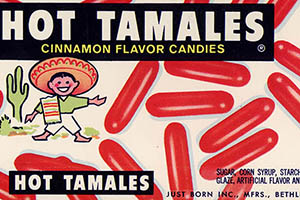 Atomic Fireballs were not the only cinnamon candy bringing the heat. The spicy chews were introduced by the Just Born in 1950. The company was responsible for another iconic candy a few spots below… 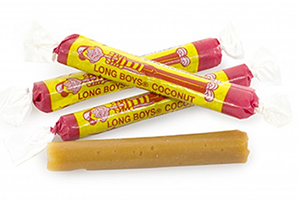 The Texas-based Atkinson's Candy Company, the folks behind the Chick-O-Stick, delivered these delights. The chews were particularly popular around the South in their coconut and chocolate flavors. 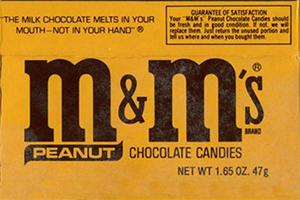 All hail the king! It's hard to believe that it took Mars more than a decade to tuck peanuts inside their candy shells. The original M&Ms came out in 1941, while the peanut variety hit shelves in 1954. Most prefer the Peanut variety, right? 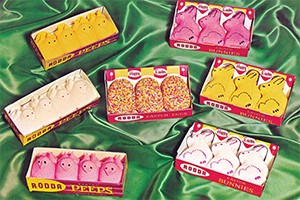 Peeps actually date back a few decades earlier. However, in 1953, the Just Born company purchased the Rodda Candy Co. Rodda had been locally making Peeps by hand, and the little suckers took about a day to pipe out and cool. Just Born machinated the process, vastly reducing production time and turning the marshmallow birds into a national phenomenon. At first, Peeps had wings! 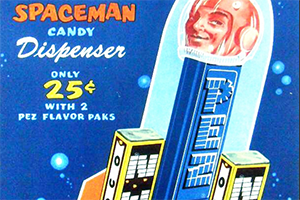 The Austrian treat was brought to the United States in 1952, after delighting Germanic peoples for a few decades. Finally, American youth could eat candy from the neck of an astronaut, Mickey Mouse or Olive Oyl. 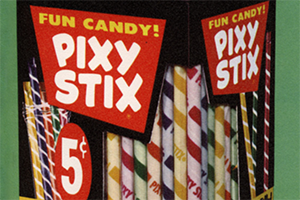 The ultimate sugar rush was trademarked in 1959. The origins of Pixy Stix trace back to a wise company man noticing that his kids ate Kool-Aid right from the packet. 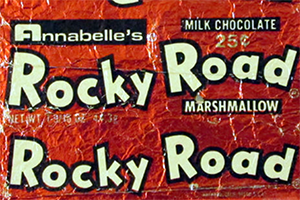 The Annabelle company began in 1950, and not long after launched its iconic Rocky Road candy bar. 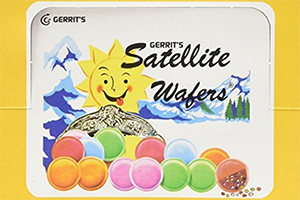 Necco Wafers had been around for nearly a century. We needed something new for the space age, dang it! These saucer-shaped pockets held tiny candy pellets inside their shells. Biting into one, you could pretend you were a giant snapping into a UFO. 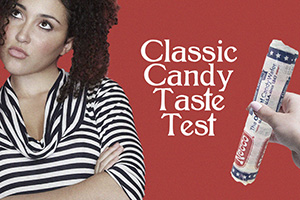 Find out what a younger generation thinks of Necco Wafers, Turkish Taffy and other old-timey treats. READ MORE 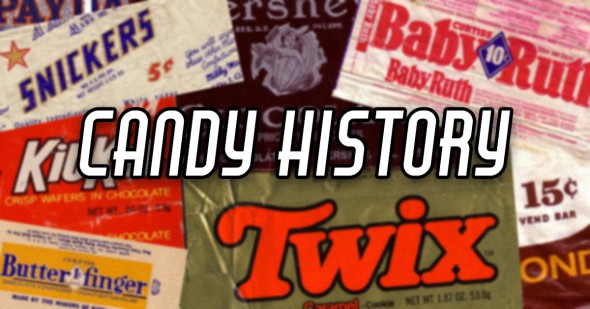 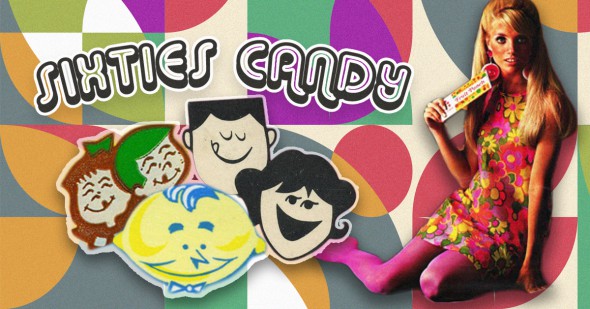 nostalgiafood
15 oddly specific kitchen appliances everyone seemed to have in the 1970s
Are you sure you want to delete this comment?
Close

Hello,
Settings / Logout
Newest | Oldest | Top Comments
BrianMoore 29 months ago
Fizzies appeared on Good Mythical Morning some time ago. The two hosts drank some and found that it was still drinkable 60 years later.
Like Reply Delete

idkwut2use 29 months ago
My current favorites:
PEEPS+Pez (I'm obsessed and have a huge collection of Peeps merch...just ordered a ton of them, including the PEZ dispenser...got a collection of those too...plus some Mike & Ike, but not a fan of Hot Tamales or any hot/spicy/cinnamon candy x-p)
Pixy Stix
Dum Dums
peanut m&ms
candy necklaces
Like Reply Delete

LeeHarper 29 months ago
Guess I was born at the right time. I love them all.
Like Reply Delete