Find out what a younger generation thinks of old-time treats like Abba-Zaba, Turkish Taffy and Necco Wafers. 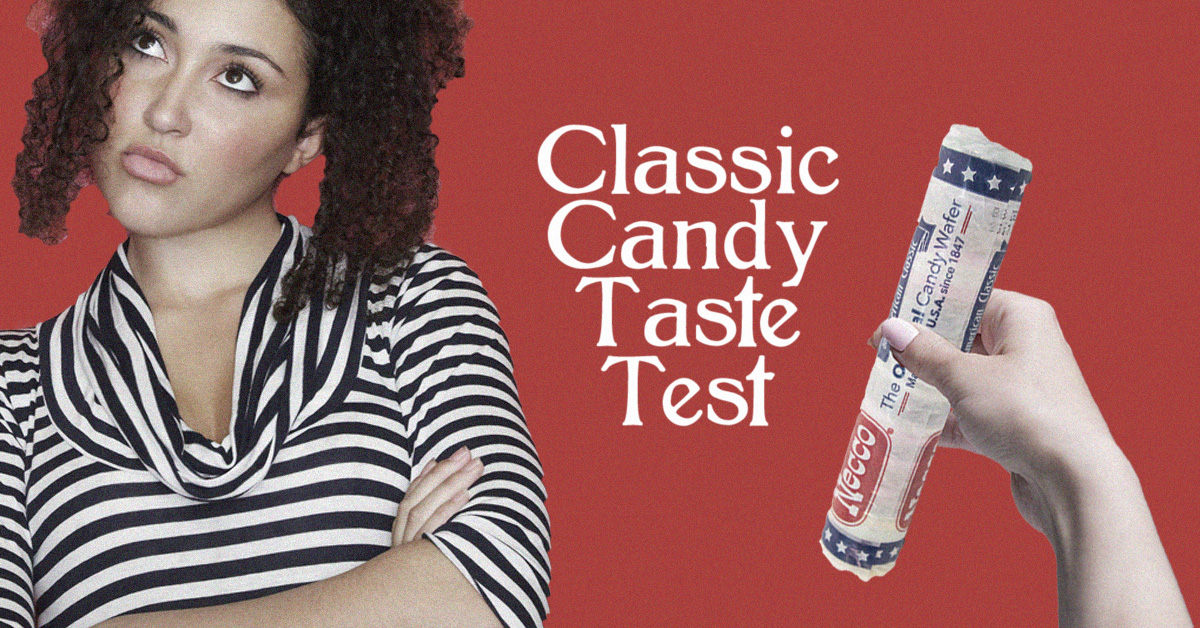 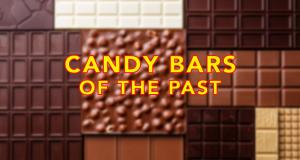 Everyone loves candy. A sweet tooth is baked into our DNA. We eat candy at the movies, on the couch, at our desks, after dinner. So there is no shortage of options, whether you're a chocoholic or sugar fiend. Many candies have come and gone over the decades, and some classics have remained. M&Ms are celebrating their 75th anniversary this year, and remain ubiquitous.

There are some sweets on the shelves that date back even further. We went to the store to stock up on treats that were popular in the 1960s, 1950s, 1940s… and further into the past. Then we had a group of twenty-somethings sit around a table and chow down. Here are their immediate reactions to trying old-time candy. 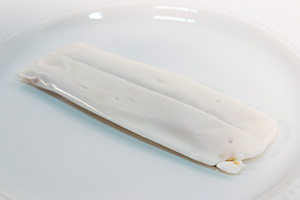 Quite popular in the western states, this Annabelle chew wraps peanut butter in taffy. It's been mentioned in songs by Captain Beefheart and Tom Waits.

"It’s a weird combination. I don’t like the two of them together."

"It tastes like when you accidentally sweat into your mouth."

"You guys are haters."

"It tastes like the Big Hunk, but with peanut butter in it."

"It reminds me of a Laffy Taffy."

"It’s not sticking to my teeth as much as the other one." 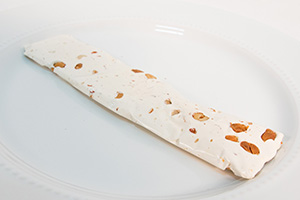 The Annabelle Candy Company bar covers roasted peanuts with honey-sweetened nougat. The chewy treat has been around since the 1950s.

"It really does tastes like Elmer's, and this is coming from a person who’s eaten a lot of glue. You know when you used to eat Elmer’s glue?"

"It has a faint marshmallow taste."

"I feel like I’m going to have to go to the dentist."

"Have you ever eaten a sheet a paper?"

"It’s still stuck in my teeth." 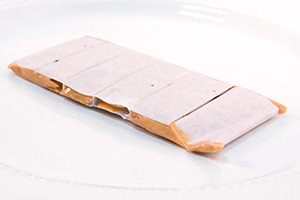 With six pieces wrapped in wax paper, this candy dates back to 1924. Today, it is produced by Pearson's Candy Company.

"I can’t get the paper off. I’m just going to eat it with the paper. It taste like chewy butterscotch."

"I like it though. My friends didn’t want it in their Halloween candy, and I would gladly take it."

"It tastes like a gooey graham cracker. It doesn’t taste like honey at all. It’s my favorite so far." 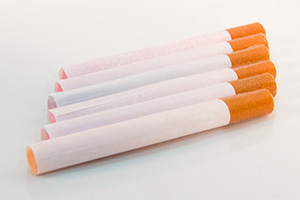 Candy cigarettes have been around for over 100 years, letting kids play pretend smoker with their candy, gum or chocolate.

"Yes, it's similar to baseball card gum, but concentrated."

"It reminds me of Bubble Tape."

"If you take it in small bites, it’s managable and not too chewy." 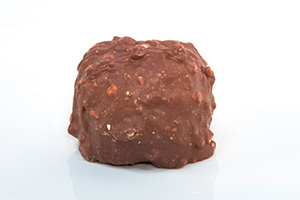 Missouri's Chase Candy Company has been churning out this chunky candy for nearly a century. Chocolate and chopped peanuts cover a bright pink filling with maraschino cherries.

"It’s the color of Barbie shoes inside."

"I don’t want to be eating something this color."

"It tastes like the cherry toothpaste at the dentist." 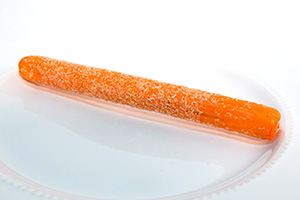 This peanut butter, sugar and toasted coconut concoction, perhaps most familiar in its shortened Halloween form, has been made by the Atkinson Candy Company since the 1950s.

"It's basically a Butterfinger, but orange, but without the chocolate on it."

"The aftertaste is not great." 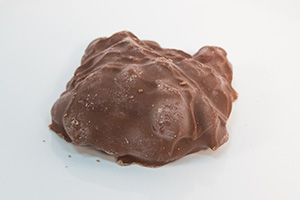 "The chocolate’s kind of thin."

"These are real peanuts. The peanuts are good."

"There’s a lot of texture."

"This tastes like the most fake tasting chocolate so far."

"What is this layer at the bottom? Nougat?" 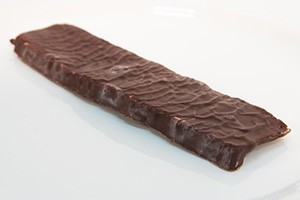 Annabelle Candy Company offers Look as a chocolate-covered alternative to its Big Hunk, with peanuts and nougat inside.

"It's like a cold, hard cappuccino, like a coffee you’ve left on your desk for a couple days."

"It tastes a little old, a little dirty."

"For some reason I'm getting coffee grounds."

"You have to get past the barrier." 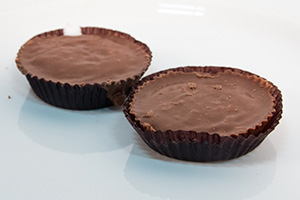 "It’s just a Reese’s with marshmallow."

"Was there coconut in this?"

"I like frozen Mallo Cups. Frozen Charleston Chews are best." 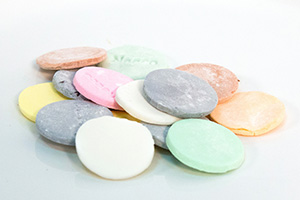 "The first bite freaks me out — is that my tooth that just shattered?"

"It reminds me of stale Valentine’s Candy."

"But more flavorful, I would say." 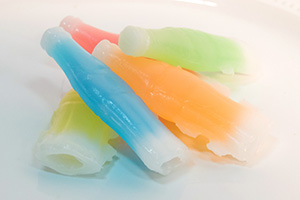 Tootsie's wax bottles have been around since the early 20th century.

"Or those little plastic barrels of fruit drink.

"Does it say anywhere to not eat the wax?" 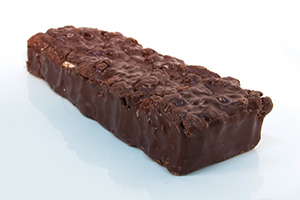 "The aftertaste is alright, but the initial bite…"

"But filled with insulation." 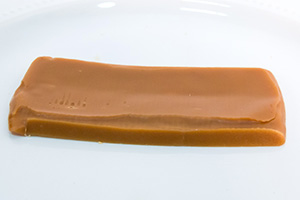 Atkinson's simple caramel bar has been around since 1926.

"It tastes like what’s inside everything else you’ve eaten."

"Yet it doesn’t tease you with any other lesser flavors."

"That’s good. I could eat that whole thing."

"I wonder how long on average it would take you to eat this." 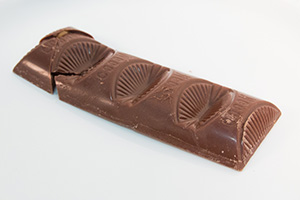 Necco's brilliant four-chamber candy bar is perfect for the indecisive, as it has pockets of caramel, vanilla, peanut and fudge. Sky Bar dates back to 1938.

"It’s what you would expect — chocolate covered caramel."

"What is this in my section?"

"I feel like I have caramel, too, but since all four are different, I must not."

"Maybe I had peanut?"

"Is it white on the inside? Then it’s vanilla."

"Everyone thinks they have caramel." 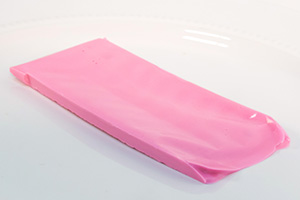 First appearing in 1912, Turkish Taffy was purchased by Bonomo in 1936. Today, it can still be found in strawberry, vanilla, chocolate and banana flavors.

"It’s a chore to eat. Kids must have had really strong jaw muscles back in the day."

"The flavor is good, the consistency is bad."

"It would take you a hundred years to eat that."