Where To Watch Shop Store Contact
Home / Stories / You probably missed this reference to the MASH movie in the M*A*S*H TV show
Did you know?1970s

Ever wonder what happened to Duke Forrest?

20th Century Fox could not have predicted the massive success of MASH. When the studio began promoting the Korean War comedy in the fall of 1969, it used a few exploitative photographs of the cast without shirts and some of the 4077th doctors watching a woman shower. The press kit even gave a subtle dig at the source material, Richard Hooker's 1968 book MASH: A Novel About Three Army Doctors. Fox declared the movie was "even faster, funnier and more fantastic than the original."

But when the studio began screening the film, its outlook quickly changed. Sneak previews in October 1969 generated buzz, which continued to build when Fox screened MASH for the Directors Guild in November. The early praise prompted Fox to move up the release date of the film, two months before its intended March launch.

On January 25, 1970, MASH premiered and began an exclusive run at the Baronet Theater in New York. The blockbuster would go on to become the third-highest-grossing film of 1970 and earn five Academy Award nominations, including Best Picture. (It won Best Adapted Screenplay.)

No wonder the decision was made to turn the hit movie into a television series. 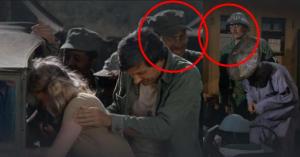 However, when M*A*S*H appeared on the small screen in 1972, just one actor from the original film remained. Gary Burghoff continued to play Radar O'Reilly. Hawkeye (Donald Sutherland), Trapper John (Elliott Gould), Hot Lips (Sally Kellerman) and others were replaced.

One central character entirely disappeared. Tom Skerritt portrayed Capt. Augustus Bedford "Duke" Forrest in MASH, a doctor who shares a tent with Hawkeye, Trapper and Frank Burns in the movie. So what happened to him?

The first answer to that question lies behind the scenes. 20th Century Fox asked Skerritt to join the television series. Skerritt turned down the offer. He reportedly did not believe a half-hour M*A*S*H television show would be successful.

But what happened to the character? The answer to that question can be found in a quick dialogue exchange in season three.

In "Life with Father," a young Korean woman shows up at the 4077th with a baby in her arms. She is looking for an American soldier, the father of the child. Unfortunately, she does not speak English.

She keeps saying "For-bris" to anyone who will listen. Hawkeye and Trapper attempt to understand her.

"Only dermatologist I ever knew with pimples," Hawkeye jokes.

"The brain surgeon who fell down a lot," Trapper says.

So that explains what happened to Duke Forrest! Even in this reference, the writers couldn't resist poking fun at a former iteration of MASH. 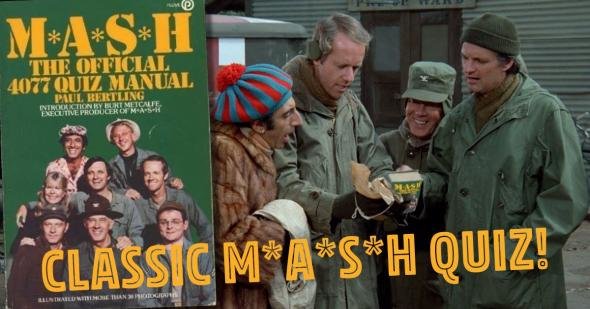 quizbooks1970s
It takes a M*A*S*H fanatic to answer these questions from a vintage quiz book
Are you sure you want to delete this comment?
Close

ScottRush 9 months ago
There also was a reference to John S chuck’s movie character The Painless Pole.
Like Reply Delete

Wiseguy 36 months ago
I thought there was an earlier reference to Duke in an early episode. No names were mentioned but they were talking about "the other guy." Can't remember what episode. On the other hand there was a definite reference to the movie in that Father Mulcahy was referred to as "Red" in a couple of episodes (the pilot and, I think, the Christmas episode). It refers to his nickname in the movie "Dago Red."
Like Reply Delete

Moverfan 36 months ago
Who's this Augustus character? I've read several of the M*A*S*H novels and they said Duke's given name was Nathan (he also has a bloodhound named Little Eva who he claimed was "better bred" than his kids when introducing her to Hawkeye).
Like (1) Reply Delete

JoeGuenther 36 months ago
What got me about Mash the tv show is that the fourth cot in the Swamp remained after Spearchucker disappeared. In one episode Sydney Freeman stays in the Swamp because there is an extra cot. Spearchucker is one of several characters who disappear without explanation.
Like Reply Delete

njmrtim watchmefly 36 months ago
They THOUGHT she was looking for a soldier because she kept trying to say she was looking for “rabbi for bris”. Her accent made it sound like she was saying a name. So I wouldn’t say it’s an error. What she was actually saying was irrelevant to the point of the reference.
Like (1) Reply Delete

BennAllen 36 months ago
While I don't remember what Captain Duke Forrest's specialty was, it wasn't brain surgery. Captain Spearchucker Jones was the neurosurgeon.
Like Reply Delete

bnichols23 BennAllen 36 months ago
Actually, per the movie Duke *was* a neurosurgeon. At the end of the flick he & Spearchucker were in the middle of an operation when Hawkeye arrives with the news that they can go home. "Do you mind if we get out of this guy's brain first?"
Like Reply Delete

Jon 36 months ago
I've never seen the movie, but I've read that eliminating Duke was decided by the tv show producers, who believed that 4 doctors in the Swamp would be too many, so he was dropped for the show.
Like Reply Delete

BennAllen Jon 36 months ago
Except during the first season there were four doctors living in the Swamp - Hawkeye, Trapper, Frank and Spearchucker.
Like Reply Delete

Gary 36 months ago
That's me to a tee. Considering watching the movie but not sure if I'd like it
Like Reply Delete

JoeGuenther Gary 36 months ago
The last part of the movie is a football game.
Like Reply Delete

bnichols23 JoeGuenther 36 months ago
*Toward* the end anyway. The last part was when Hawkeye & Duke get their orders for home & leave in the same stolen jeep they came in. And of course the actual last-last was the credit for their jeep driver in Seoul, Bobby Troup, God love him, with the last bit of dialogue: "G******* Army." I liked him, *&* his wife Julie London, in Emergency!. Funny bit was, he had a ponytail, & Jack Webb made him cut it off for the show....
Like Reply Delete

bnichols23 bnichols23 36 months ago
I think there might also have been a "That is all." on the PA system after Troup's line, but not sure offhand,
Like Reply Delete

bnichols23 bnichols23 36 months ago
BTW, my bad on the location. I said Troup was the jeep driver in Seoul; they were actually in Japan at the time, not ROK.
Like Reply Delete

Moverfan JoeGuenther 25 months ago
I can still hear Gary Burghoff explaining that the other team is mad because "their ringer spotted our ringer" (the 4077th was using pro football player Oliver Wendell "Spearchucker" Jones, played by the late Timothy Brown, at least in the series).
Like Reply Delete

bbMeTv 36 months ago
I know I missed the reference because I never saw the movie. Maybe I will sometime, I don't know. How the characters are portrayed in the show are so ingrained in my psyche, that I might not be able to relate to them being portrayed by different actors and actresses.
Like (2) Reply Delete

JoeGuenther bbMeTv 36 months ago
In the movie Trapper is the main character and Hawkeye is his sidekick. The writers,network or whomever thought that Hawkeye was a better name for the lead character and Trapper was a good sidekick name.
Like Reply Delete

bnichols23 JoeGuenther 36 months ago
Trapper of course came into the movie a good bit after Hawkeye & Duke did, & wasn't exactly the main character. The only reason he might appear to be is that when the runner came looking for Trapper to go to fix the congressman's kid, BG Hammond told him he could bring someone along to assist, so he asked Pierce to accompany him. Hawkeye: "I am the pro from Dover & this is my favorite caddie."
Like Reply Delete