America’s #1 Classic Television Network
Find your local MeTV station
Where to watch
See when your favorite shows are on
See schedule
Personalize MeTV.com to follow your favorite shows
Free sign-up
Shop your favorite shows in the MeTV Store
Shop Now
Home / Stories / ''Who do you think you are?'' The tense story of how Jonathan Harris got cast on Lost in Space
nostalgia

''Who do you think you are?'' The tense story of how Jonathan Harris got cast on Lost in Space

Jonathan Harris on meeting Irwin Allen: "I was already terrified." 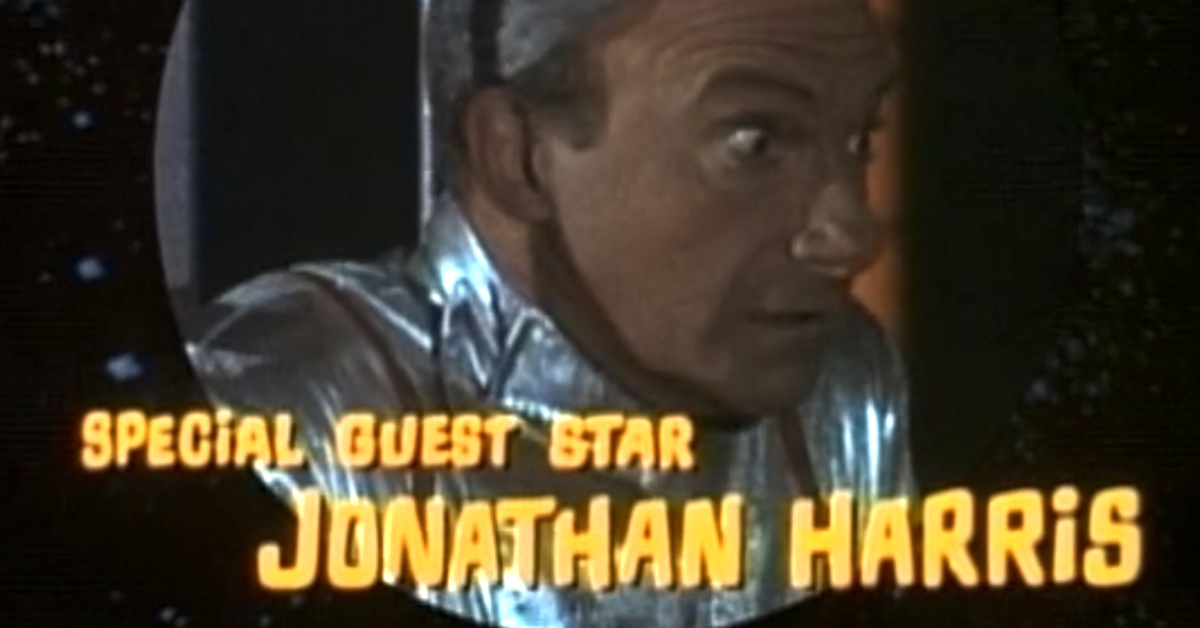 "Who do you think you are?" is a very appropriate question for the stowaway Dr. Smith, who gets the Robinson family stranded in the 1960s series Lost in Space. But before the actor who would take on the role of Dr. Smith could even accept the part, that question was already coming at Jonathan Harris from the series creator himself, Irwin Allen.

Harris told the story of this tense exchange between the director and star to the Archive of American Television. He said his agent called him up in 1962 and this is how he remembered the conversation going:

Harris' agent: "Irwin Allen is doing a television series at 20th Century Fox."
Jonathan Harris: "Who is Irwin Allen?"
Agent: "You don't know?"
Harris: "No, I don't."
Agent: "Lost in Space is the name. And he wants to see film on you."
Harris: "Well, tell Mr. Allen that I hesitate to show film unless I know what the part is."
Agent: "Oh, well. He's not going to like that."

Harris' agent was right. Allen did not like that. Harris said his phone rang 10 minutes later with this message from the famous director, "Irwin Allen wants to know who you think you are. And he'll see you at 4 o'clock."

"Isn't that interesting?" Harris muses, remembering this moment. But he wasn't laughing back then. No, Harris described the moment he met Allen for the first time as genuinely terrifying. "I got myself gussied up and I went to 20th Century Fox, which is my favorite movie studio because that was my first series, at Fox. And they directed me to his office and there was a secretary. Her name was Margaret and she said, ‘In there.’ So I walked in there and there was this strange-looking man sitting at a huge table, surrounded by about 20 yes men. I was already terrified. I hadn’t opened my mouth, except I did say, ‘Good afternoon.’"

Instantly, Harris said, Allen raised his finger and repeated his question in person, "Who do you think you are? No film?" Harris responded and even decades later in the interview, you can almost see the actor squirm like Dr. Smith, "Well, Mr. Allen, why would you want to see possibly the wrong film when you can see the real thing? Me?"

That's when Allen turned to his assistant and said, "What did he say?" And his assistant repeated Harris' answer. Allen then directed a new question at Harris, "Do you want to be in this series?" Harris could only answer honestly: "I don’t know? I haven’t read a script." The director roared at the men gathered around him, "Somebody give him a script!"

But there was something else the director and his soon-to-be star needed to discuss, apart from exactly what the role was, and that was exactly what billing Harris could expect on the show. Allen told him firmly, the pilot had been shot, the contracts had been signed and the billing was already assigned. That meant Harris would by default be listed last. Already intimidated but refusing to back down at this stage in his career, Harris said he mustered the gumption to tell the director, "I’m afraid I would not be comfortable."

That's when Harris remembered Allen got frustrated and said he was too busy to be working on this sort of problem. Harris remembered Allen left with this final order, "Somebody make him comfortable!" and then he told Harris to go home, read the scripts, and if he wanted to solve the billing problem, the actor should do it himself. Harris said in the interview, "In my whole career, I never experienced anything like that! I went home. I read the scripts. Two, they had given me. … And I thought, this is good. This is going to work. And it’s a marvelous part, this villain."

Motivated to figure out how to make himself comfortable with the billing of the show, Harris next called a good friend who he said thankfully was one of the top casting directors around at the time. The casting director gave Harris the inside scoop he needed. Harris asked if anyone had ever been given the billing of "special guest star" for a recurring role on a TV show. The casting director told Harris, "I've never seen anything like that." This gave Harris enough assurance to go back to Allen to propose his compromise, so he called the director up right away. This is how that call went down:

On the other side of the line, Harris remembered a lot of protesting. He said Allen went "on and on and on" and then suddenly, the director said, "Okay!" and hung up. At this moment in the interview, Harris let out a great big laugh and said of this victory over the very particular TV and movie director, "I laughed for about a week." 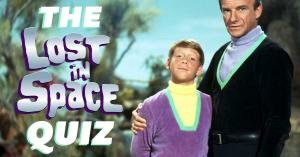 The legendary Lost in Space quiz

In the interview, Harris goes on to explain that although he found Allen to be quite "humorless," he also had great respect for the director, saying, "The day that I was hired [for Lost in Space] was by a very talented man named Irwin Allen." And in the end, you could also say that Allen had the same respect for Harris, conceding to give the actor the unusual billing he requested and allowing Harris the opportunity to sneak in a new way to stand out on this famous TV cast.

Jon 38 months ago
Jonathan Harris wasn't the last actor to receive this special billing, as Kurt Kasznar received the same "Special Guest Star" billing on Allen's next series, LAND OF THE GIANTS.
Like Reply Delete

cperrynaples Barry22 38 months ago
I can imagine O'Connor reading the script and saying, "Hey, this Smith guy seems a little fruity, if you get my drift!" Remember when Archie said "England is a FOG country" or something close to that?
Like Reply Delete 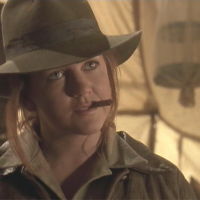 CelticTwilight cperrynaples 38 months ago
It was the "character" Archie Bunker that was a bigot not the actor Carroll O'Connor.
Like (1) Reply Delete

DavidHope 38 months ago
I’m so tired of people insinuating that Jonathan Harris was gay when it’s simply hearsay with no proof! And that’s despite June Lockhart allegedly saying he was! That may simply have been her own opinion without any confirmation. So stop bringing it up please. It’s nothing more than hearsay!!
Like Reply Delete

TylerStMark DavidHope 14 months ago
Respectfully, Mr. Harris was indeed gay and I can vouch for it. I was a 21 year old actor when, shortly after we met and several conversations, he propositioned me over the phone in a rather vulgar and abrupt fashion and, when I politely declined, instantly hung up and never called again. I was greatly disappointed in his conduct and have never forgotton that unfortunate event. Ms. Lockhart is telling the truth, period.
Like Reply Delete

Pacificsun 38 months ago
Jonathon Harris is a wonderful storyteller. Listen to it at the link below:
https://www.wonderalliance.com/video-dr-smith-vs-irwin-allen-a-funny-story-told-by-jonathan-harris/

There are no images with Irwin Allen in the same shot as with the cast of Lost In Space. If you do have a photo ... treasure it!

ELEANOR 38 months ago
Dame Thora Hird who appeared as Edie on "Last of the Summer Wine," a long running British comedy was listed as a special guest star for all 152 episodes in which she appeared.
Like Reply Delete

cperrynaples EleanorLawson 38 months ago
And of course we know about Heather Locklear on Melrose Place!
Like Reply Delete

cperrynaples 38 months ago
The question about Jonathan Harris should be whether or not he was...you know!!! On a classic YouTube video, June Lockhart says he was and does so in front of a Judy Garland movie poster! Anyone else want to talk about...you know?
Like Reply Delete

Tim cperrynaples 38 months ago
Who cares?
Like Reply Delete

Pacificsun cperrynaples 38 months ago
Jonathon was a trained stage actor. (Emphasis on acting!) A style you certainly no longer see in this day and age. Be sure to listen to the story he tells about his first meeting.