The '60s child star became a $2 toy from Post cereals. 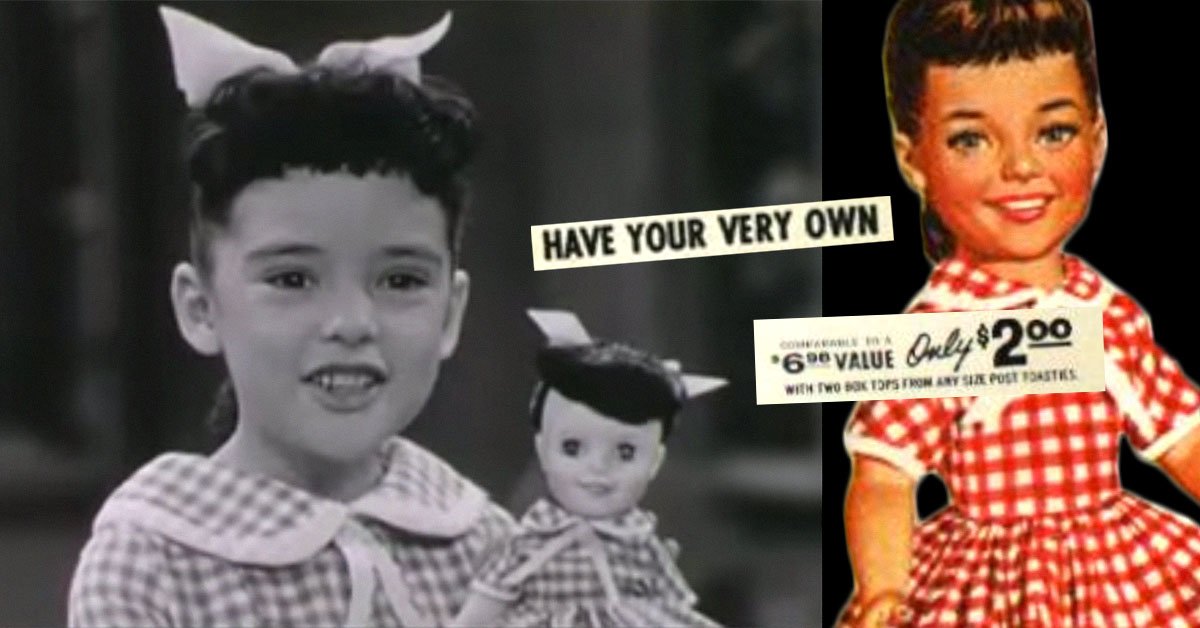 Here's something you might not know: Angela Cartwright is technically British. That perhaps comes as a surprise as she was one of the preeminent American child stars of the 1960s. Born in Cheshire, Cartwright moved with her family to Los Angeles when she was a wee toddler. By the age of three, she was already on her way to stardom, nabbing a role as Paul Newman's daughter in the boxing drama Somebody Up There Likes Me.

You most likely know her as Penny Robinson on Lost in Space, or perhaps as one of the singing von Trapp brood (Brigitta) in The Sound of Music. Before all that, however, she landed her first regular gig as Linda Williams, the precocious stepdaughter to Danny Thomas in Make Room for Daddy (a.k.a. The Danny Thomas Show). Yep, that means she even turned up in Mayberry, as she was riding in the backseat of the convertible when Daddy got pulled over by Andy in "Danny Meets Andy Griffith," the pilot episode for The Andy Griffith Show. 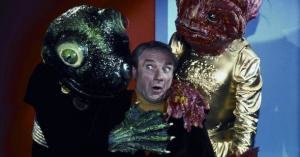 Cartwright deserved a lot of the credit for the ratings success. She joined the cast in the fifth season. By the end of the season, in the spring of 1958, The Danny Thomas Show has rocketed to No. 2 in the ratings — its highest position ever.

No wonder that Post Cereal, the sponsor of the series, saw dollar signs.

In a bit of marketing synergy, Post began selling a Linda Williams doll on the back of Toasties Corn Flakes boxes. The "$6.99 value" was a mere $2 (about $17 in today's money). 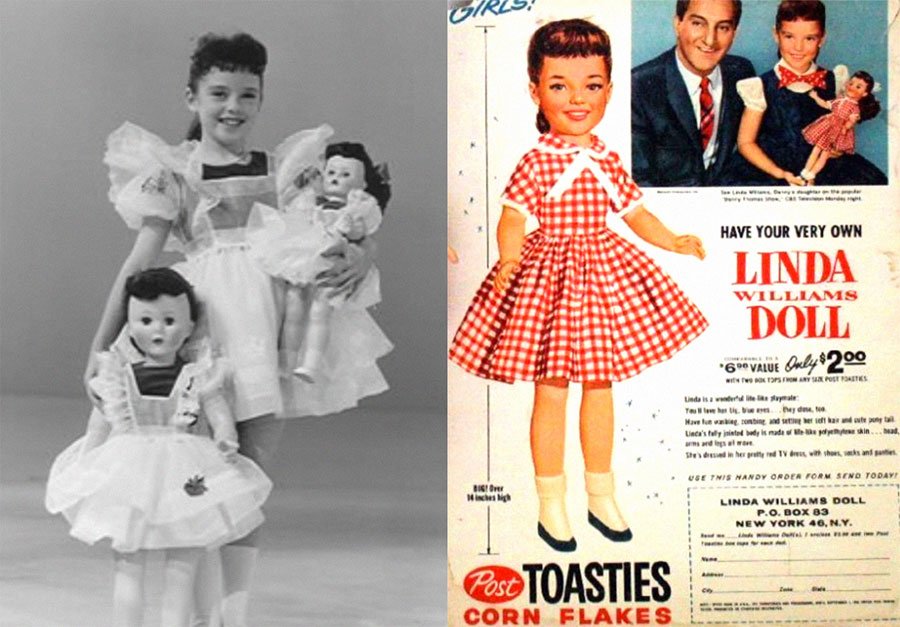 How did Cartwright feel to see her likeness turned into a doll?

"I was pretty young to remember my exact reaction, but what little girl wouldn't want a doll made in her likeness?" she said in an interview with Classic Film & TV Cafe. "I never thought the Linda doll looked an awful lot like me though, but it was cool that the Linda doll came in three different sizes. One was even big enough that she walked with you."

You can see the larger version in the image above.

"Every little mother will want her very own lifelike Linda doll," an announcer declared in the commercial. "She's made of unbreakable plastic!"

JimHursey 28 months ago
I Wonder if her contract stated got her any Royalties from the sales of the doll back then? Probably Not.

RobCertSDSCascap 36 months ago
Could pass for a Little Debbie doll.
Like Reply Delete

Chatta_Cat 37 months ago
I had a Cabbage Patch Doll and Stretch Armstrong. Both were always fashionably late when it came to afternoon tea parties.
Like (1) Reply Delete