Watch: Cheers pulled off some of the best pranks we ever saw on TV

Celebrate April Fools with the merry mayhem of Bar Wars. 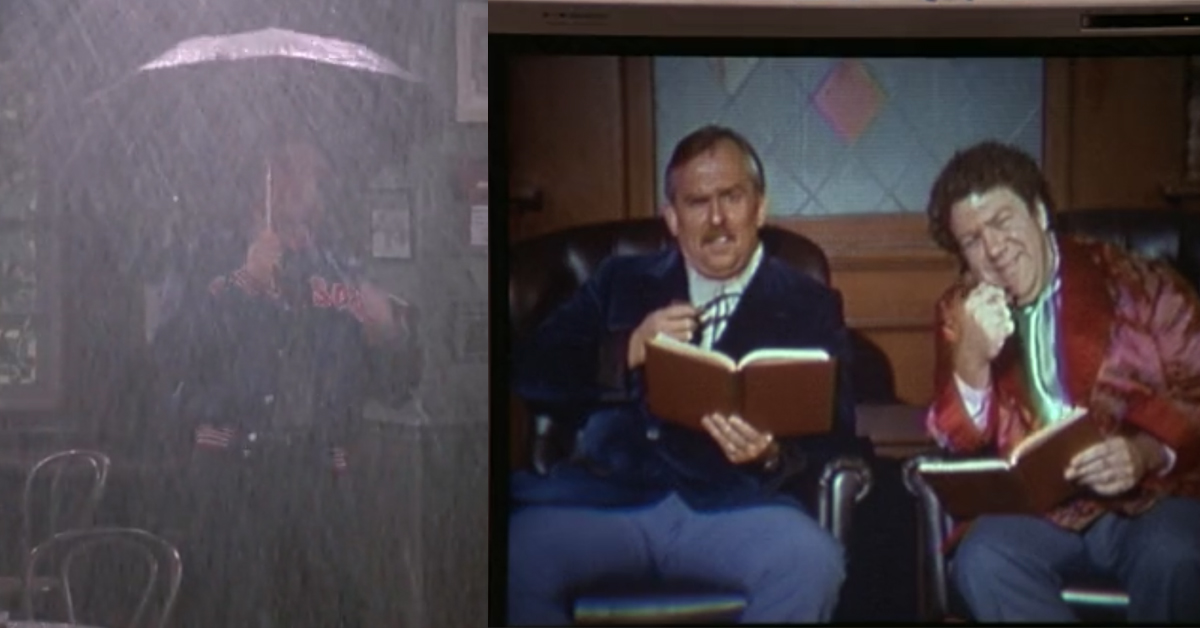 On April Fools' Day, it's tempting to get caught up in the tomfoolery and find a gullible sort to tease. But we'd rather just watch great pranks from the comfort and safety of our couch, where nobody can mess with us.

If you're like us, you may be looking for something fun to watch on Sunday to celebrate April Fools' Day, and if you're a Cheers fan, you're in luck. We've got a bunch of episodes from every season streaming online, including the most wily series of episodes that ever came out of the show: Yes, we're talking about "Bar Wars."

The "Bar Wars" episodes pitted the Cheers staff against the staff at rival bar Gary's Olde Town Tavern. There were six of these episodes in total officially named "Bar Wars," but many fans count the episodes "From Beer to Eternity" and "Cheers Fouls Out" as part of the series, too. In those episodes, the rival bars compete against each other in bowling and basketball. "Cheers Fouls Out" even appears to take the place of "Bar Wars IV," since there is no episode of that title, but there is a "Bar Wars III" and "V."

No matter which episode technically starts the rivalry, in the first episode actually called "The Bar Wars," an all-out prank war begins when someone sends an exterminator to Cheers to check for rats. Everybody at Cheers suspects it was Gary who did it, and as the episode progresses and more pranks occur, their suspicions only grow stronger. All of this culminates in what any bar in any sports town would guarantee is the greatest prank you can pull at a bar during a major TV sporting event. Watch the full episode below to watch the beginning of "The Bar Wars" all over again.

After "The Bar Wars" kicked off in season six, almost every season of Cheers through its finale came with its own installment of the rivalry. In "Bar Wars II," they're competing to make the best drinks. In "Bar Wars III," the bars are back to pranking each other (or are they? guessing is part of the fun). In season 10, we got the ominously titled "Bar Wars V: The Final Judgment" (which is even darker than the title suggests). The prank wars kept building, with "Bar Wars VI: This Time It's For Real," which sees Sam take a prank perhaps a little too far. Then there's the conclusion, "Bar Wars VII: The Naked Prey," which sees the staff of Cheers experience the most embarrassing prank they've ever had to live down.

Click on any episode in this post to watch as many pranks as you like, because we know that while you're nobody's fool, it sure is fun to have a good laugh at pitiful fictional folks who will fall for just about anything, isn't it? Stream even more Cheers episodes online here.