A 1968 memo from a producer to Gene Roddenberry reports missing hair pieces for Kirk, Uhura and Christine Chapel. 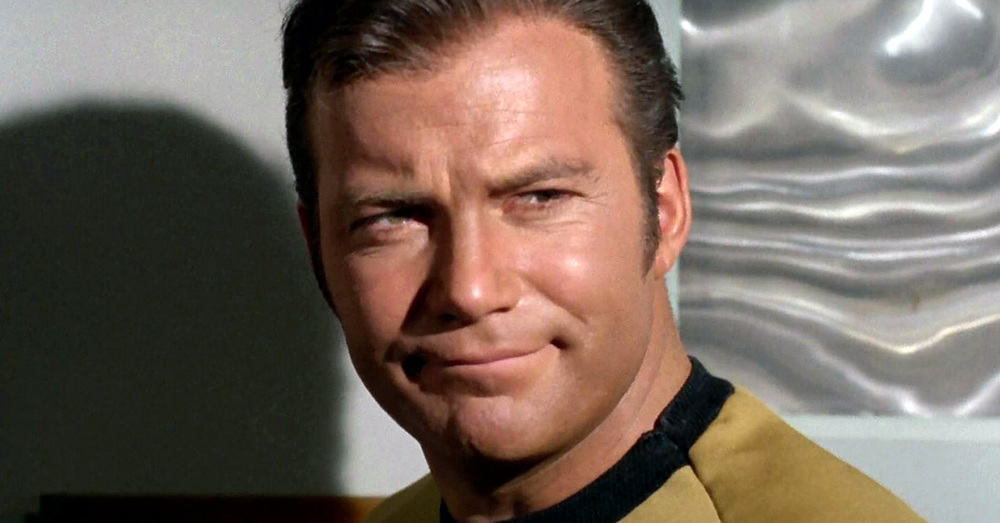 The website Boing Boing has directed our attention to a curious document released by the UCLA Library. Typed on Desilu Productions stationary, it is from Star Trek producer Robert Justman to creator Gene Roddenberry. Dated February 6, 1968, about a month before the announcement that the series had been renewed for a third (and final) season.

"If you haven't heard about it, we are missing some wigs and hair pieces," Justman begins. William Shatner ("Bill" here) is said to have taken four hair pieces, valued in total at $600. "Should 'STAR TREK' go again next season, this no doubt means that we will have to construct new hair pieces for Bill because he will have used both the old ones and the new ones to such an extent that they will not be photographable," the producer notes.

So, considering the series was indeed renewed shortly thereafter, were new hair pieces constructed? Did Shatner return the wigs?

Additionally, Majel Barrett's wig disappeared. She married Roddenberry a year later, so we're guessing that turned up again. A Nichelle Nichols wig was also missing, though the actress claimed to have returned it.

All in all, its an interesting peek behind the scenes at one of television's iconic shows. Check out the memo below. 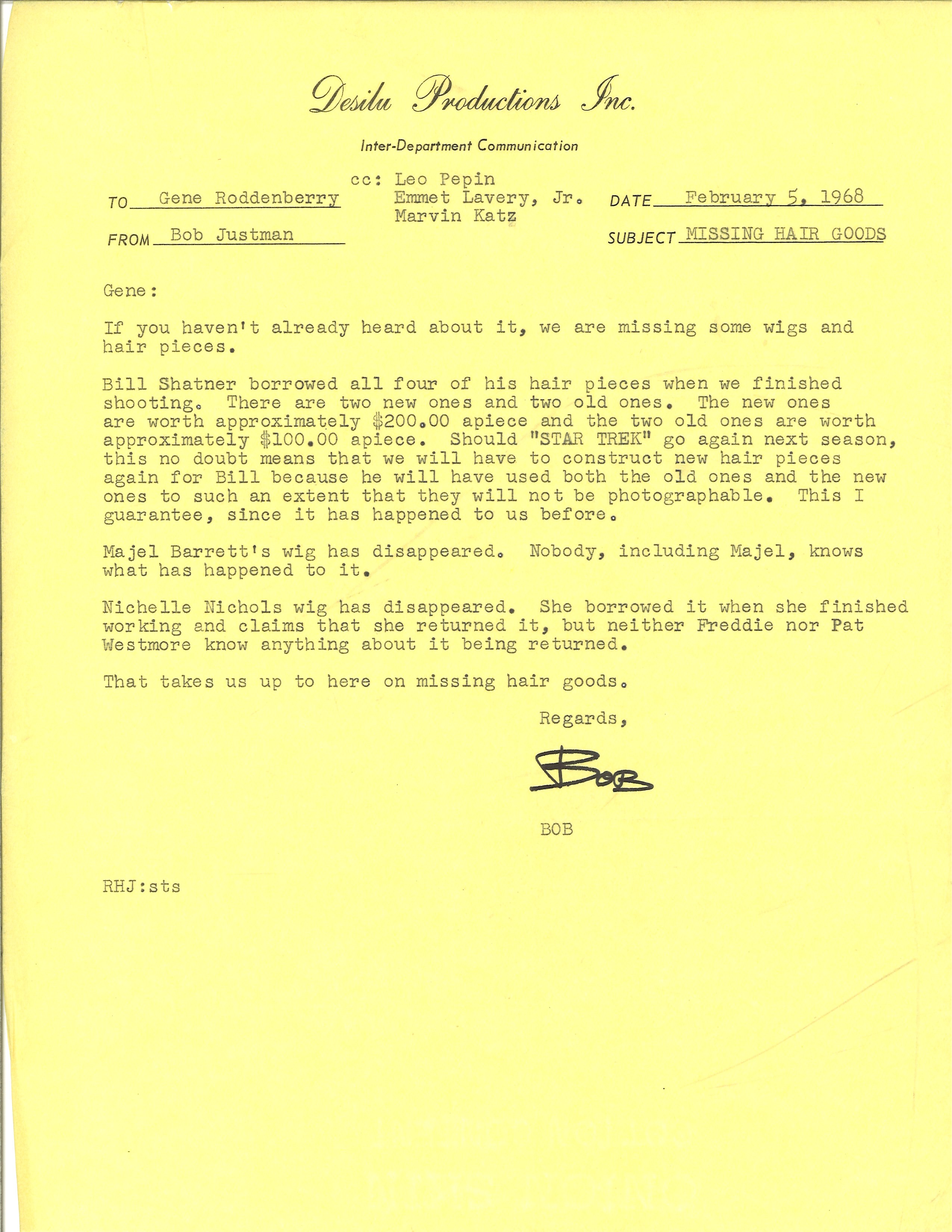