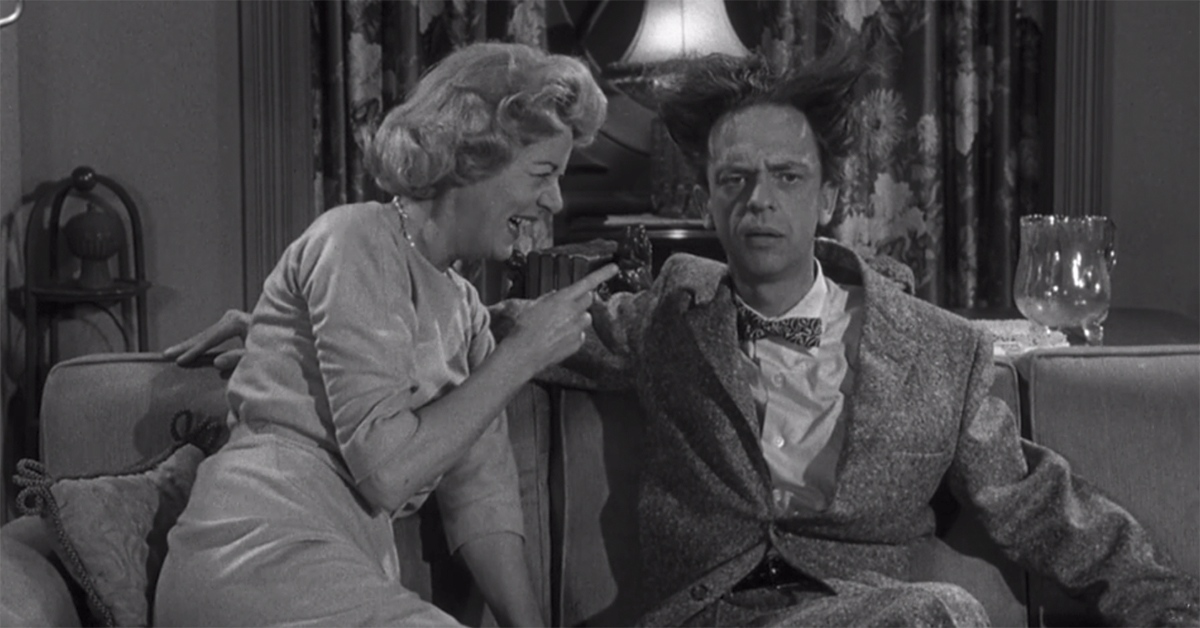 "Sheriff!" Barney Fife calls out at the beginning of the second ever episode of The Andy Griffith Show, "Manhunt."

Scrambling from his Mayberry squad car, Barney finds Andy and Opie at the lake, and says, "You'll never guess what happened! Something big!" The deputy goes on with his bold proclamations, "Biggest thing that ever happened in Mayberry! Real big! Big! Big-big!" Andy asks again and again, "Well, what is it?"

At last the sheriff makes him say, and that's when Barney gets his first big laugh of the episode, responding to Andy's honest response of only knowing it was "something big" with a quip, "Oh, big ain't the word for it!" 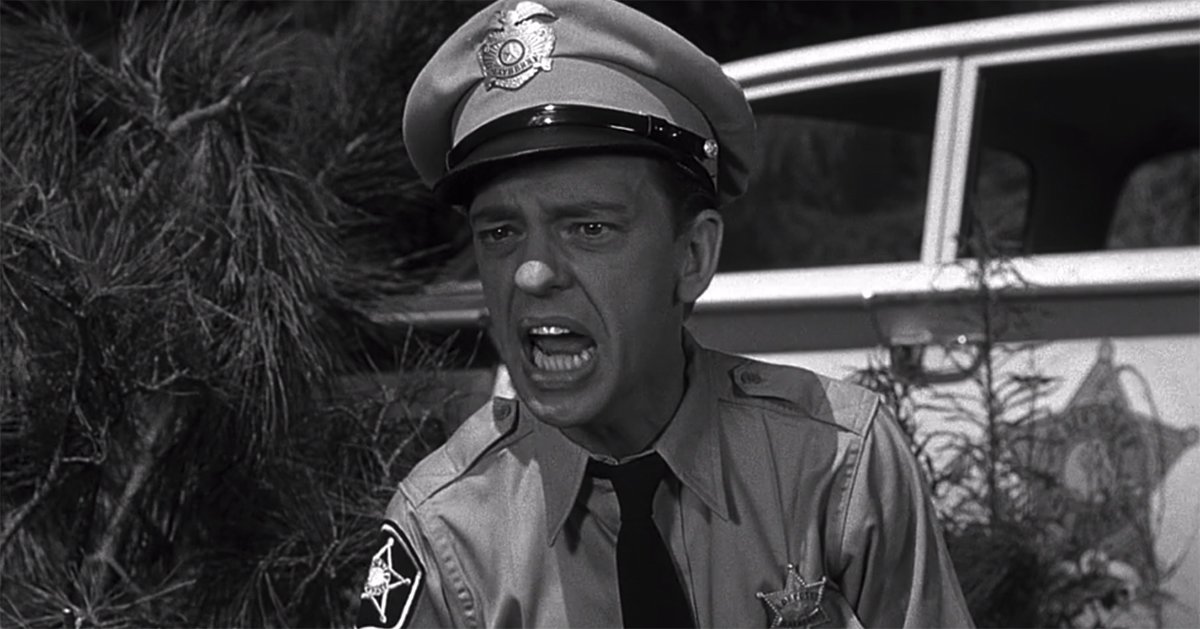 On paper, this joke is funny enough, but in Don Knotts' mouth, the word "big" doesn't fly out without his eyes illustrating the word, and the lines on Barney's face trace the deputy's yoyoing moods, alternating between nervous excitement and seemingly sincere dread. In the Sixties, Knotts rose as one of the premiere comedic actors thanks in large part to his big performances on Griffith's hit show.

And according to TV director Bruce Bilson, who won an Emmy for his work on Get Smart and served as assistant director on more than 50 episodes of The Andy Griffith Show, including "Manhunt," there was a secret to pulling the biggest comedic performances out of The Andy Griffith Show's favorite deputy. Bilson told the Archive of American Television:

"Don was great. He was so funny, and he was a little fragile, and I always had great pride in how I scheduled him. Let him have one scene where he’d get warmed up in the morning, and then do his big scene. Because if you did his big scene really late in the day, you didn’t get as much, and I thought that was really important and that I helped the show in that way.” 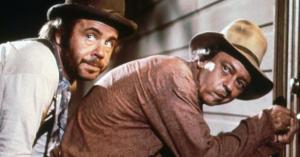 nostalgia
Don Knotts once explained how Tim Conway turned Mayberry's biggest goof into a ''straight man''
Beyond cracking the code on how Knotts worked, Bilson got his start working in more serious dramas, serving as an assistant director on The Life and Legend of Wyatt Earp, Whirlybirds and U.S. Marshal in the 1950s, but it was The Andy Griffith Show that gave him his big break in sitcoms, putting the young assistant on 58 episodes from 1960-1962. On set, not only did he prove he could coax the most out of Knotts, but he also was the one responsible for calling little Ron Howard out from his classes, remembering in his interview how Ronny didn't walk, but always ran to set.

The first shows that made him a director were The Patty Duke Show and Get Smart in 1965, after which he became a prolific director of some of TV's most iconic episodes, from The Brady Bunch's "The Snooperstar" to M*A*S*H's "Bananas, Crackers and Nuts."

But among his important contributions in TV history, the director points to Don Knotts' biggest moments on The Andy Griffith Show as some of his "really important" work, which is why if you're a Barney Fife fan, tip your hat to the great Bruce Bilson, who we assume passed the word between all of the show's great directors on how to get the very most out of Don Knotts.

sandman 27 months ago
I’m not a fan of “The Andy Griffith Show.” I’m a fan of Don Knotts ON “THE ANDY GRIFFITH SHOW”. I clapped for his comedic performance. I salute him for his service in WWll
Like Reply Delete

AgingDisgracefully 39 months ago
I make $5000 an hour by closing my eyes and hoping for it hard enough.
I don't really, but...When in Rome...
Like (1) Reply Delete

elf_wand 39 months ago
come on metv, you're getting overrun with lying spammers. you need to take repsonsibility and shut them down or you can he held accountable for losses people suffer.
Like (4) Reply Delete

pony elf_wand 39 months ago
Not to mention that your 'real' fans and subscribers will get tired of this crap and go elsewhere.
Like Reply Delete

TinaMarieHaddadRhodes 39 months ago
Don Knotts was a comic Genius....
Like (1) Reply Delete