America’s #1 Classic Television Network
Find your local MeTV station
Where to watch
See when your favorite shows are on
See schedule
Personalize MeTV.com to follow your favorite shows
Free sign-up
Shop your favorite shows in the MeTV Store
Shop Now
Home / Stories / The low budget, far out story of 'Phoenix Five,' Australia's attempt at its own 'Star Trek'
Did you know?

The low budget, far out story of 'Phoenix Five,' Australia's attempt at its own 'Star Trek' 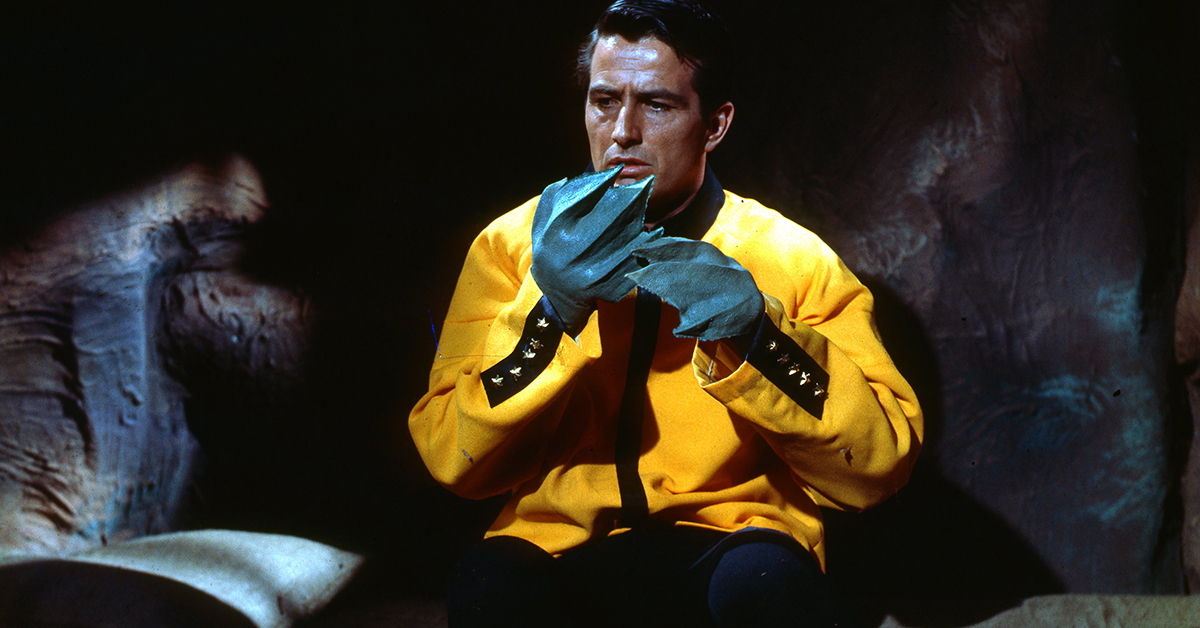 In the late 1960s, Australia's Artransa Park Studios found some success with it's animation unit, subcontacting to King Features to provide animation for The Beatles cartoon and Cool McCool, the spy spoof from the creator of Batman. In the live-action realm, Artransa had collaborated with the U.K.'s ITV on an Aussie Western series titled Whiplash with actor Peter Graves, who later went on to star in Mission: Impossible.

But the world had now entered the space age. The studio looked to the stars for its next project.

The Australian Broadcasting Corporation, like the government-owned British network the BBC, had started to run Doctor Who and was taken by its reception. Meanwhile, the Aussie commercial networks had also found success airing both Star Trek and Lost in Space. Thus, Artransa Park would cast the die and try to create an Australian sci-fi show. 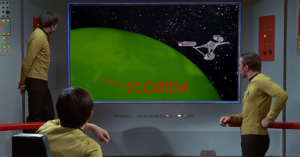 Did you know?
11 visual details you never noticed in 'Star Trek'

However, unlike Star Trek and Lost in Space, they had no major studio design team nor experienced writers to call upon, so this endeavor was somewhat doomed from the very start.

The first attempt at an Australian sci-fi series had been The Interpretaris in 1966, which had a brief run of six episodes. They pulled the plug and tried again two years later, using the same model ship and sets, with Vega 4. After seven episodes, that show was killed.

In 1969, as America put a man on the moon, Artransa had finished animating a Canadian science-fiction cartoon called Rocket Robin Hood. Finally, they pulled out all the stops and shot a third attempt at a live-action sci-fi show in color. The same model space ship was used again, as well as another bargain-basement robot ("Karl the Computeroid") which had a Kmart-special light in its head.

This time, however, Artransa went all-out and shot twenty-six episodes. The results were just as laughable as you might expect, in spite of some brilliant Australian actors who would go on to much better shows in the future.

Premiering in 1970, Phoenix Five is the kind of delightfully bad that could turn even the Mystery Science Theater crew speechless, or make our own Svengoolie's chickens explode in terror.

"The year 2,500 A.D.!" the narrator proclaims in the opening credits, over a funky soundtrack that was taken from a royalty-free commercial music record. Every expense was spared on this show. With their gold tunics, black slacks and Beatle boots, Captain Roke and Ensign Adam Hargreaves could almost pass as Star Trek Convention cosplay. Along with Cadet Tina Kulbrick — perhaps a nod to Stanley Kubrick — and Karl the Kmart computeroid, the Phoenix Five team battled the evil of "Zodian the Humanoid."

The best part of this Down Under blunder is the fact it died an early death early. That didn't stop a attempt to market the show in 1977, during the Star Wars craze, but one viewing was enough to stymie a comeback.

So, enjoy these pictures of the ill-fated Australian sci-fi show, which was later redeemed by the likes of Mad Max and the Jim Henson–produced Farscape. Those franchises proved Australians could make fantastic science fiction, but this was not it. 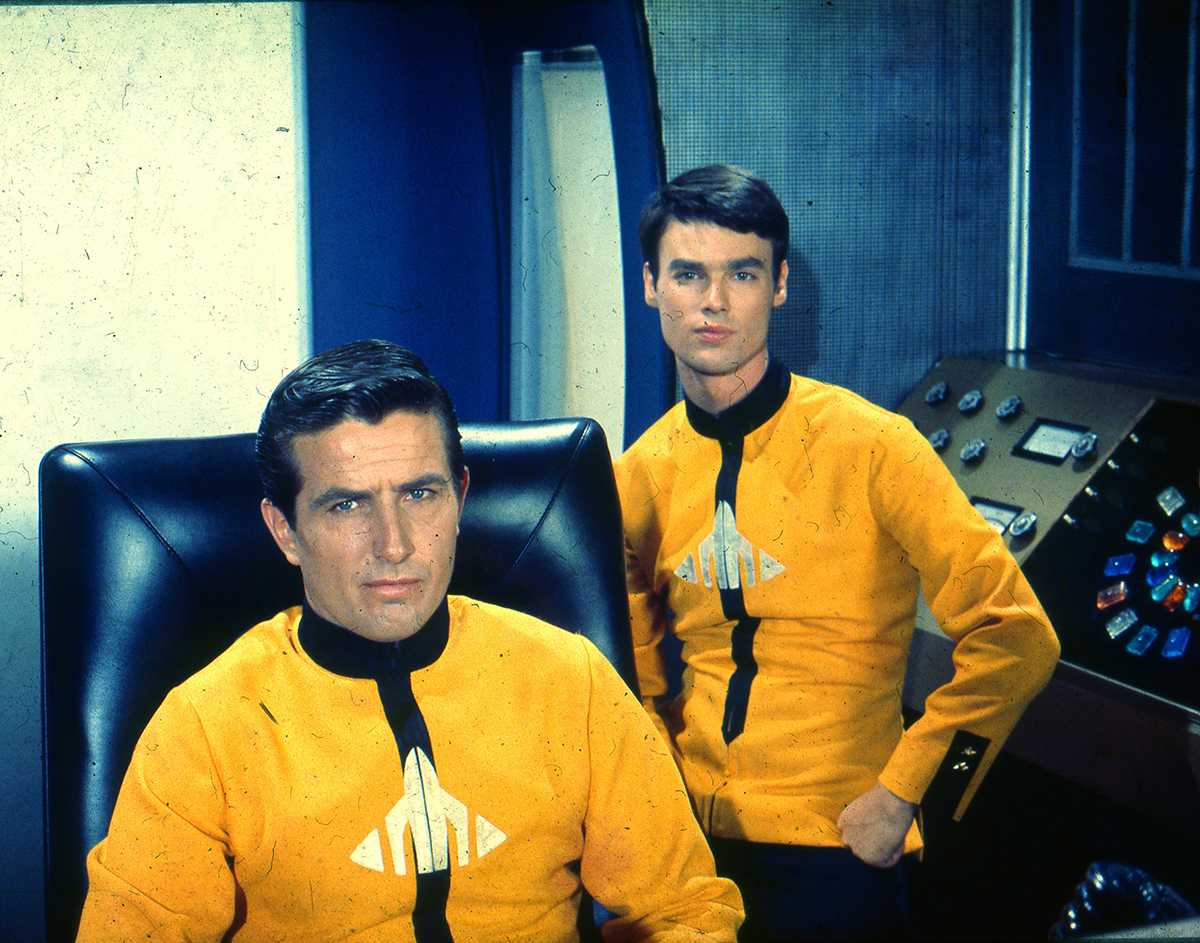 Above we see the tight budget version of a Star Trek–type bridge. Perhaps the only thing they got right was the use of ice cube trays to make the colorful control buttons, just like Trek. 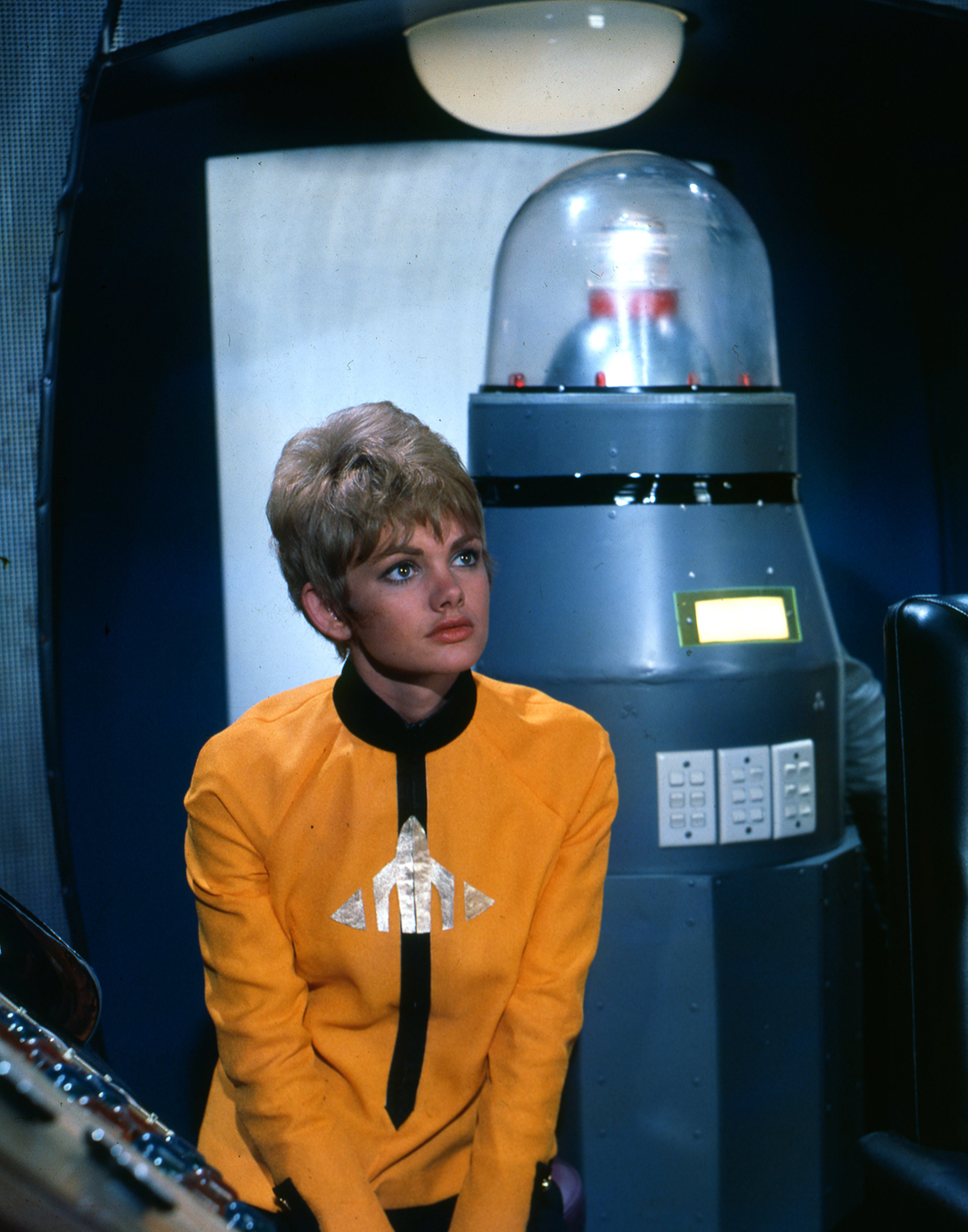 Here we see Tina and Karl the Computeroid, a take on the Lost in Space robot, only with a Kmart special light in his head which was less than special. 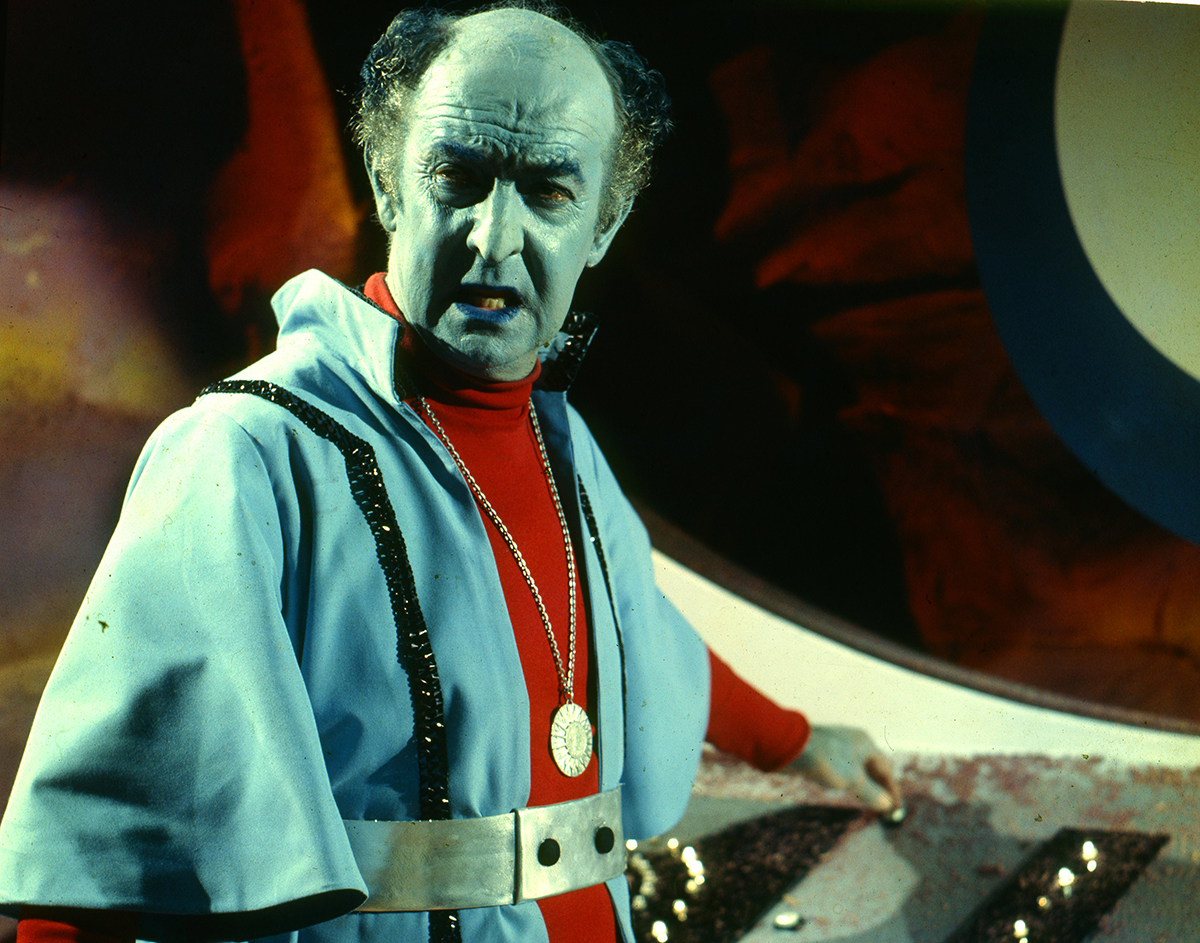 The space villain Zodian was a substitute for Dr. Smith. 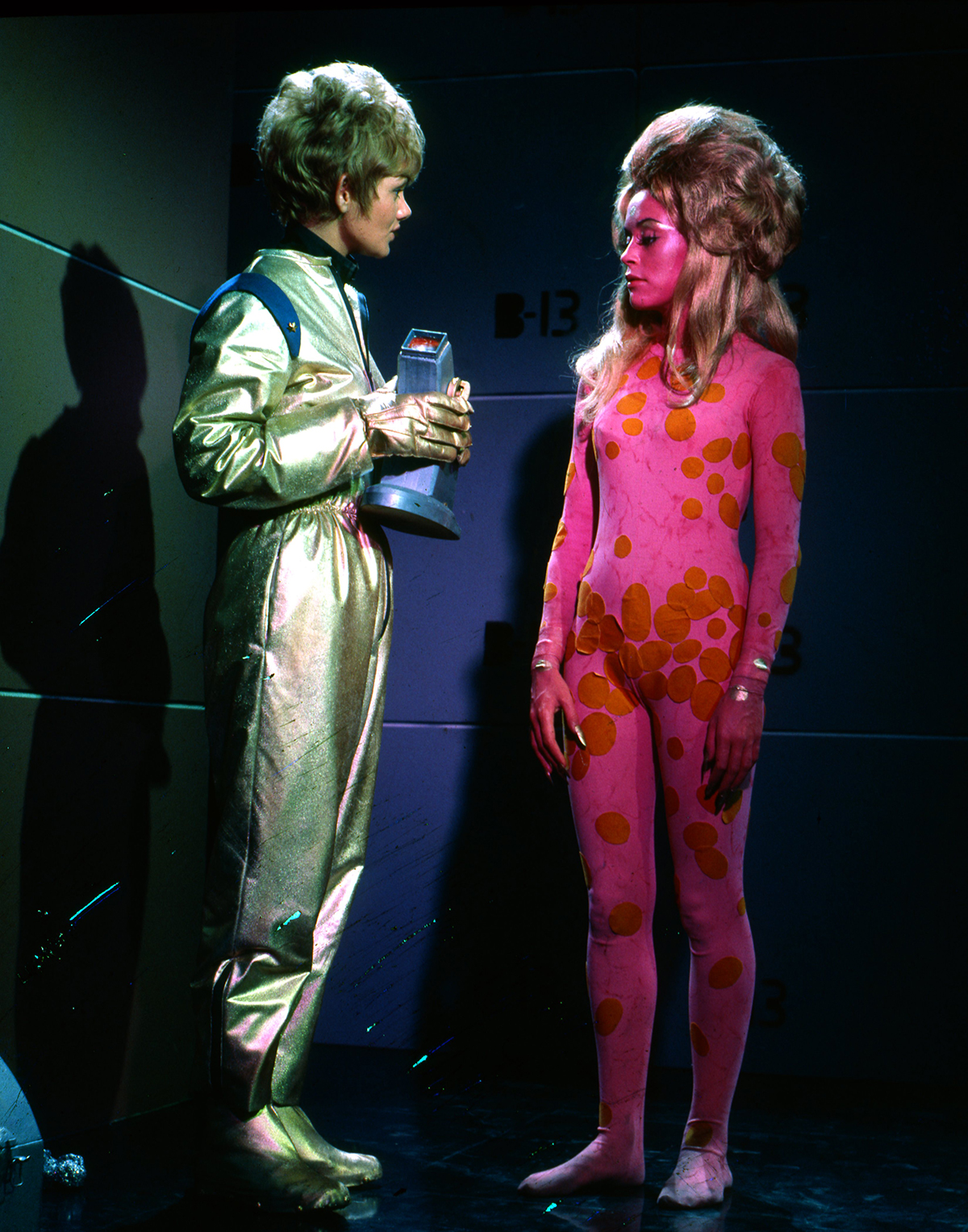 Kirk would have gotten a kick out of these colorful, mod alien women. 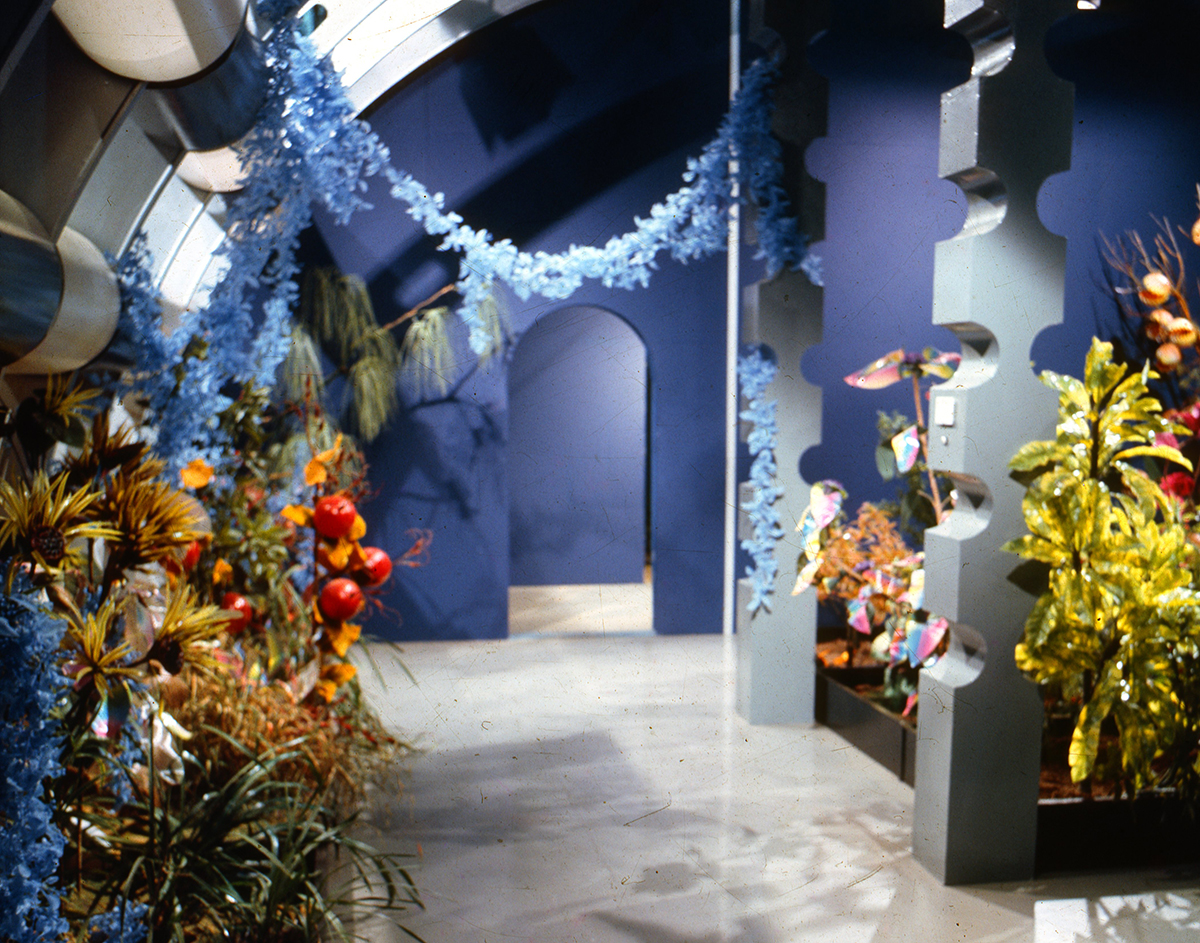 A galactic garden made for a colorful set.