Where To Watch Shop Store Contact
Home / Stories / Do you remember the cartoon 'Cool McCool'?
cartoons

Do you remember the cartoon 'Cool McCool'?

In case you didn't notice, it was pretty cool. 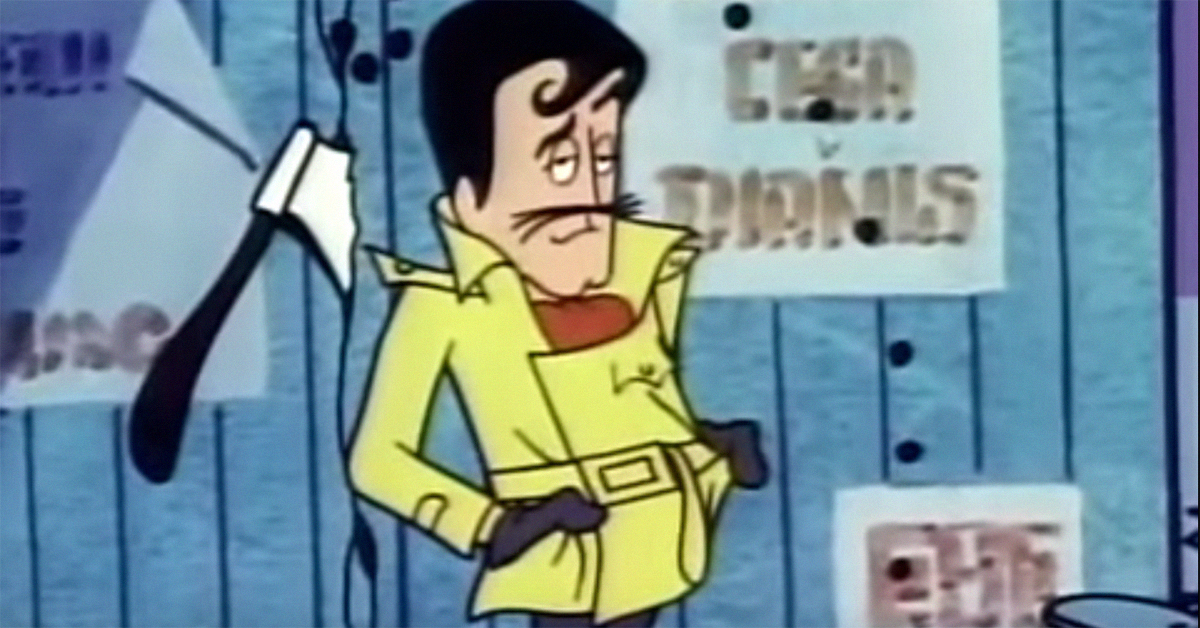 Was there a better time to be a kid than 1966? Batman, Star Trek and super spies filled our television screens. Quisp and Quake were in our bowls. The Beatles were on the radio and on Saturday mornings. That year, the Saturday morning cartoon lineup was perhaps at its peak.

In some ways, all that pop culture came together in Cool McCool, a perfect way to start the weekend. The Saturday morning show came from the minds of an iconic comic book creator and a man behind the animated Beatles. Wrapped in a yellow trenchcoat, the secret agent character parodied the popular spy shows of the time. Cool McCool was a little bit Dick Tracy, a lot like Maxwell Smart and a precursor to Inspector Gadget. It was a perfect pairing for a sugary cereal.

Let's take a look at this hidden gem.

1. Cool McCool was dreamt up by Batman's creator. 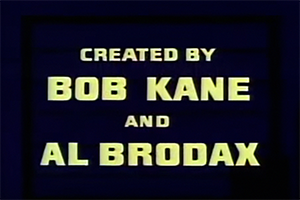 Few people have given pop culture more iconic characters than Bob Kane. The comic artist came up with "the Bat-man" in 1939. He would work with Bill Finger to craft heroes and villains such as Robin, the Joker, Catwoman, Scarecrow, Two-Face, Penguin… phew! Kane first came up with cartoon twists on the Caped Crusader and Boy Wonder with his cartoon Courageous Cat and Minute Mouse in 1960. Meanwhile, Al Brodax of King Features had overseen Popeye and went on to work on The Beatles and Yellow Submarine.

2. The villains were parodies of Batman bad guys. 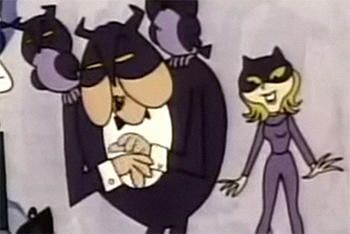 The Owl and Pussycat were clear knock-offs of the Penguin and Catwoman, but that's okay. You are allowed to rip off your own ideas. Other villains included the Rattler, Dr. Madcap and Jack-in-a-Box — twists on the Riddler, Mad Hatter and Joker.

3. It also spoofed 'Get Smart' and 'The Prisoner.'

McCool's boss, Number One, brought to mind the mysterious adversary of the same name in The Prisoner. Number One worked with an assistant named Friday, who had a crush on McCool in a very Moneypenny manner. Their agency, Secret, Inc., riffed on CONTROL from Get Smart.

4. It was aired alongside the Jetsons. 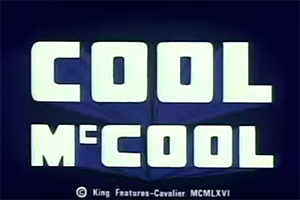 Cool McCool kicked off in September 1966 on NBC at 11AM, leading into The Jetsons. That put him up against Superman and Casper. In the winter, McCool jumped in the Jetsons' jet stream, following it at 12PM, where he would stay through the summer. The following season, the series jumped back a half hour to follow Top Cat.

5. His catchphrase was "Danger is my business."

Some people have Danger as a middle name; McCool made it his trade. However, he was not the first man to use the phrase. Real life undersea adventurer John D. Craig released a memoir titled Danger Is My Business in 1938, which inspired a Warner Bros. nature film serial in 1950. 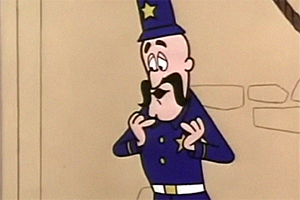 Stuck in the middle of the 20 half-hour episodes of Cool McCool was a short segment following the capers of Harry McCool, a kind of Keystone Cop, as well as his brothers. We bet you can guess their names. Yep: Dick and Tom.

forthekids 28 months ago
I remember seeing this cartoon parody..saturday mornings on The NBC TV Network back in the late 1960's..I enjoyed it..two of my friends and fellow performers..Ms.Carol Corbett and Mr.Chuck McCann did the voices of most of the characters..except.."Cool Mac Cool"..and his dad"Police Officer Harry Mac Cool"..their voices were performed by Bob McFadden.
Like Reply Delete

JimLaymon 40 months ago
"Now Number One thinks he's a fool. He has no respect for the name, McCool." I seem to remember this song.

RodGonzalez JimLaymon 5 months ago
“Things looked so good but not for long. I tried and tried but it all went wrong.”
Like Reply Delete