The Star Trek prop that predicted the flip phone is back

Want to chat like Spock? A new Communicator will link to your cell phone. 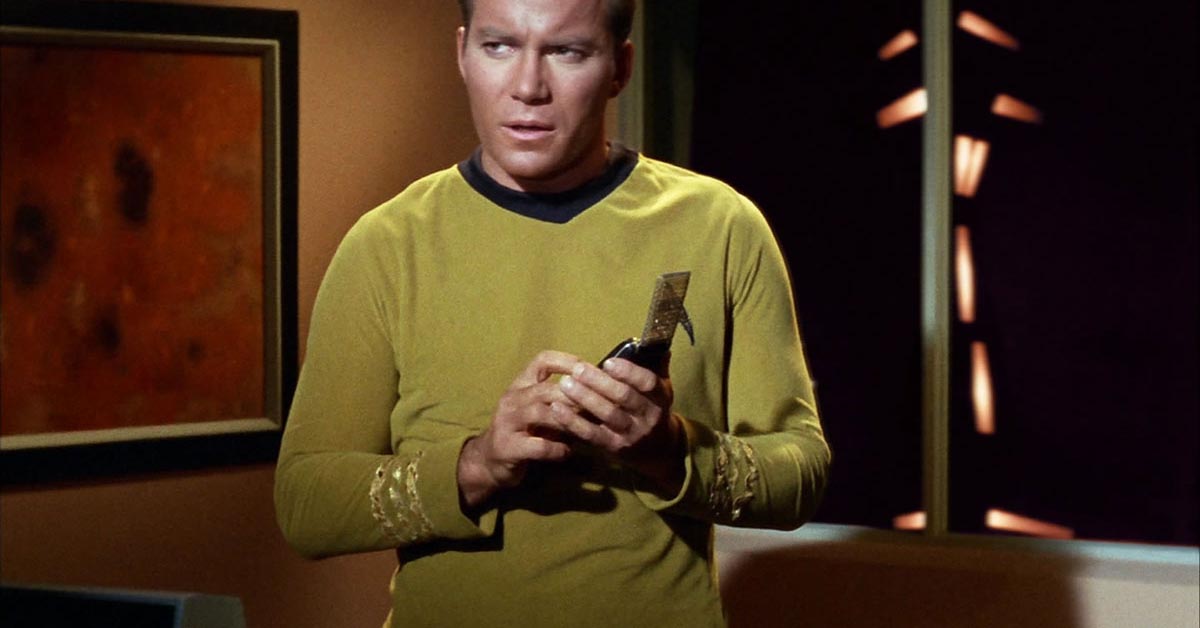 Leonard Nimoy was fond of telling a story at conventions. He explained to the audience how he was sitting at a table in a restaurant. His cell phone then rang. Nimoy pulled out the flip phone and opened it — much to the amusement of those around him. It was real life mirroring what was once fantasy. The actor laughed when he realized the visual impact of what he was doing. Spock was using his communicator once again.

Like so many of the props from the original show, "communicators" have become a part of everyday life now. Heck, we've actually advanced beyond flip phones at this point. Yet, for the hardcore Trek fans, the dream is now available for the first time.

A new Bluetooth-enabled Communicator from the Wand Company will sync with your cell phone. The device allows Trekkers the personal fantasy flipping open a Starfleet Communicator with all the bells and whistles — or should we say chirps. 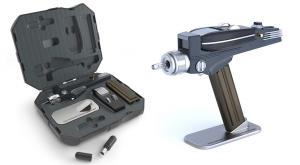 Speaking of those famous chirps, the sound effects were originally designed for an episode of The Wild Wild West, "The Night of the Burning Diamond." The bygone Glenn Glen Sound audio post production facility pulled together all the sound effects for Star Trek: The Original Series from its vast library, some of which were recycled, like the Communicator chirp or the Phaser's firing sound, which was a sped-up clip of the ship in flight on My Favorite Martian. That same sound effect would also be used for the menacing ships on the classic Quinn Martin series The Invaders, as well.

But back to the Communicator… Those original props, of which there were several versions, had some amazing, ingenious features. The sound speaker in the center with the psychedelic pattern came from, of all things, a German stopwatch. The Wand Company scanned an original to make its replica, down to that pure Sixties pattern in the center.

The cast had a great deal of fun with these props, as seen in a famous outtake from the filming of "Operation: Annihilate." Shatner, Kelley and Nimoy all pretend to shave with their Communicators. The things do indeed look like electric razors. Alas, the new replicas only work as telephones and will not remove hair. Perhaps an idea for version 2.0?