The Scary Lucy statue is becoming a Halloween attraction

A man dressed as the Lucille Ball "tribute" will haunt a mall in western New York. 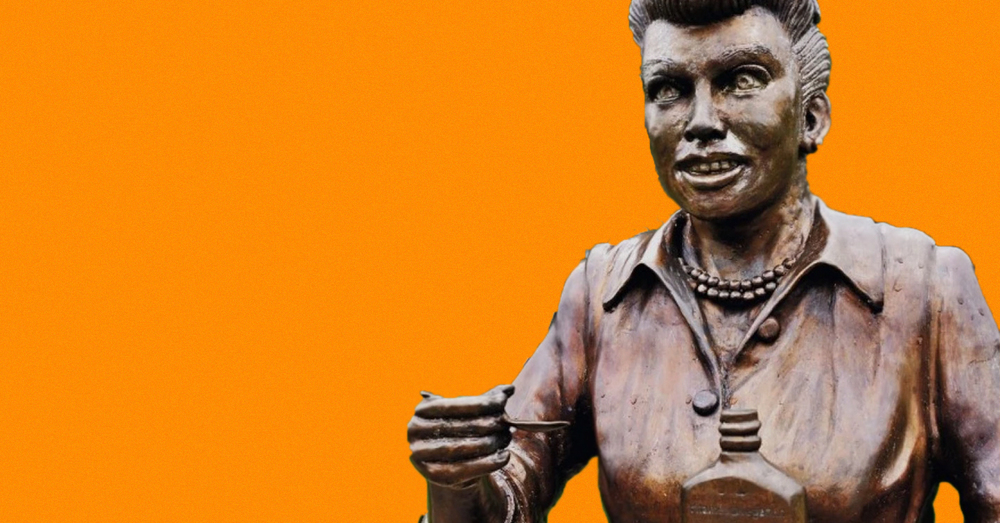 Lucille Ball is a beloved American icon and former model. Apparently, nobody passes that memo along to the sculptor behind the honorary statue of Lucy in her hometown of Celoron, New York. The life-sized "Scary Lucy" statue, which completed in 2009, went viral earlier this year, as first reported by Yahoo, as I Love Lucy fans protested its… let's be kind and say, inability to properly capture the aura of the television pioneer. An area man even started a Facebook page entitled We Love Lucy, Get Rid of This Statue.

Well, months later, that statue remains — lifeless, piercing eyes and all. Yet locals have found a better use for the Internet sensation. Again, Yahoo is on the beat, reporting that the Scary Lucy statue has inspired a haunted house attraction. The Chautauqua Mall in western New York hosts an annual "Haunting at the Mall" in October. Event planner Scott Mekus has wrangled an actor to dress up as the Scary Lucy statue and spook children (and some adults).

The We Love Lucy, Get Rid of This Statue Facebook page currently has 10,637 likes. 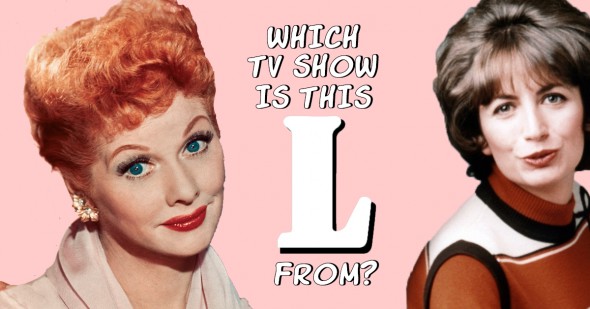 Can you guess which show this letter 'L' is from? 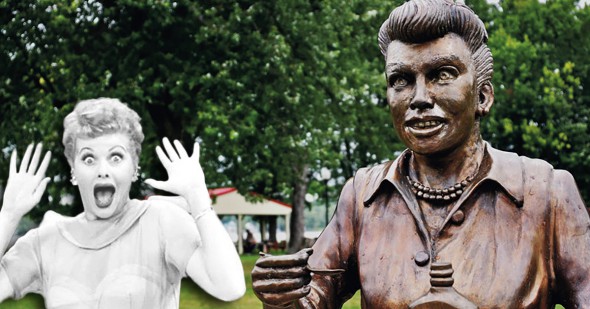 News
The sculptor behind 'Scary Lucy' gives up
Are you sure you want to delete this comment?
Close