America’s #1 Classic Television Network
Find your local MeTV station
Where to watch
See when your favorite shows are on
See schedule
Personalize MeTV.com to follow your favorite shows
Free sign-up
Shop your favorite shows in the MeTV Store
Shop Now
Home / Stories / The original Garfield cartoon voices were seasoned veterans of classic TV
Did you know?cartoons

You can find these actors in everything from The Twilight Zone to Rhoda. 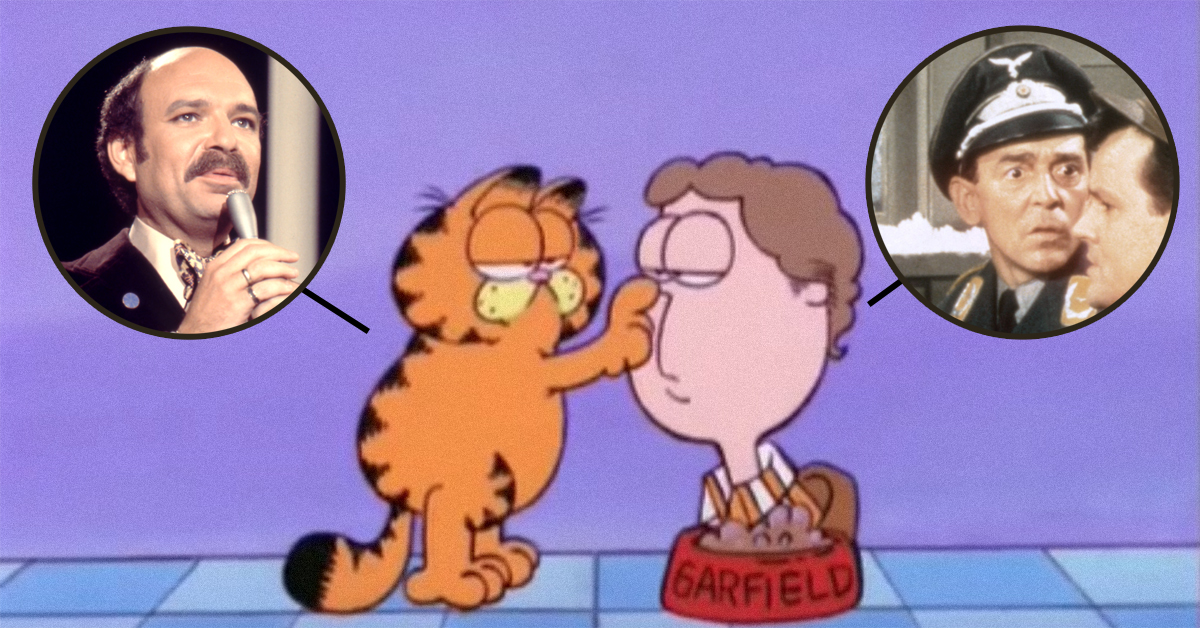 Garfield got off to a rather robust start. On June 19, 1978, the comic strip made its debut in 41 newspapers around the country, syndicated by the United Feature Syndicate. "Hi, there. I'm Garfield. I'm a cat, and this is my cartoonist, Jon," Garfield announced to the world. But even creator Jim Davis could not have foreseen the astronomical success of the orange feline.

After all, the Davis' comic strip had first been rejected by major distributors like King Features and the Chicago Tribune. He focused too much on the human, the syndicators complained. Even after Davis, an Indiana native, sold Garfield to United Features, there were bumps in the road. The Chicago Sun-Times dropped the strip after a short run. Reader complaints brought it back. 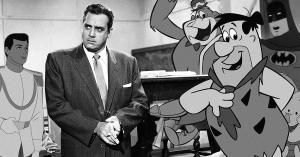 10 beloved cartoon voice actors who popped up in 'Perry Mason'

Just four years later, Garfield had his own TV special on CBS. The strip was in nearly 900 newspapers at that point, and merchandise was raking in more than $15 million. On October 25, 1982, the half-hour Here Comes Garfield premiered in primetime. Lou Rawls had recorded a soundtrack for the special. Millions tuned in to finally hear Garfield and his owner speak. What would he sound like?

Turns out, fans of Rhoda were quite familiar with the voice of Garfield. The actor behind the cat, Lorenzo Music, had previously provided the voice of Carlton the doorman, the figure in Rhoda's apartment building who was heard but never seen. Carlton would constantly buzz up to Rhoda's apartment on speaker. The character did prove popular enough to spawn a cartoon sitcom spin-off, Carlton Your Doorman, which earned an Emmy award despite not making it to series. 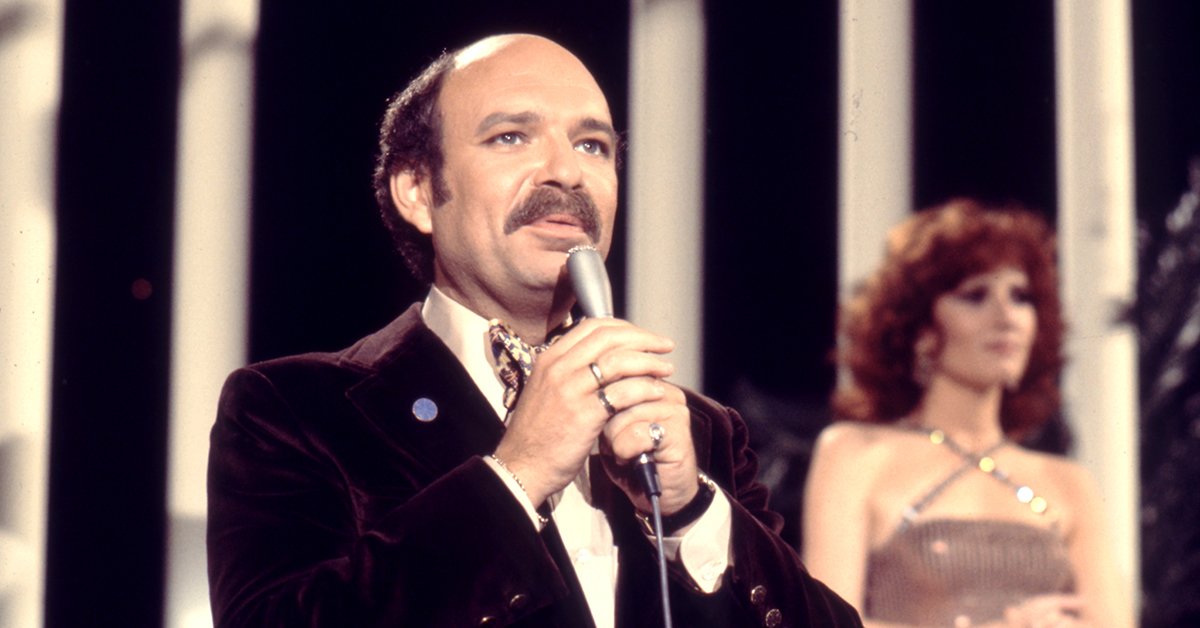 Before his speaking role on Rhoda, Music worked as a writer on both Rhoda and The Mary Tyler Moore Show. Like Mary Richards, he, too, was from Minnesota. Music was no stranger to working in front of a camera, either. In 1976, he and his wife, Henrietta, starred in a syndicated variety series called The Lorenzo and Henrietta Music Show — like a far more obscure Sonny and Cher.

Music would go on to voice Garfield for the next decade, in several TV specials and the Saturday morning cartoon Garfield and Friends. The success of Garfield led to loads of other voice work in the Eighties. Gen-X will recognize his distinctive drawl in TaleSpin, The Gummi Bears, Pac-Man, Pound Puppies and Darkwing Duck. 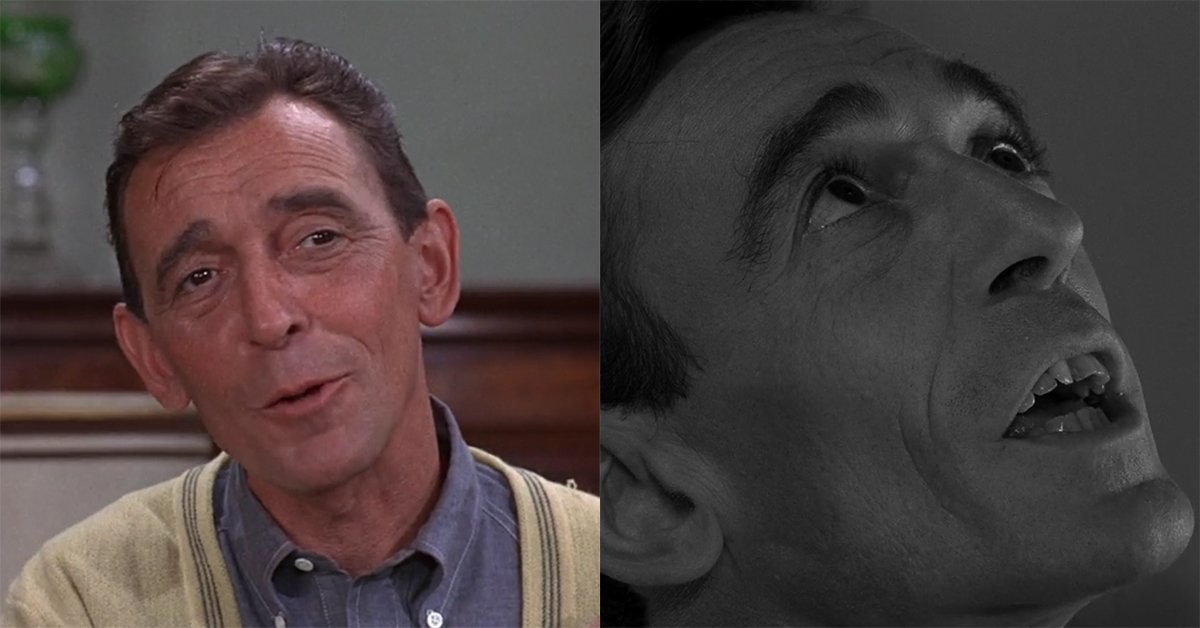 Sandy Kenyon, voice of Jon Arbuckle, on The Andy Griffith Show and The Twilight Zone

The first voice of Jon Arbuckle, on the other hand, came into the role with dozens of TV acting credits. Though he never landed a lead role, Sandy Kenyon turned up on just about every show you can see on MeTV. Kenyon, pictured above in an episode of Hogan's Heroes (he was in five episodes total), guest-starred on Rawhide, The Rifleman, Peter Gunn, Have Gun – Will Travel, three episodes of The Twilight Zone, The Fugitive, The Wild Wild West, Gomer Pyle, U.S.M.C., The Donna Reed Show, The Andy Griffith Show, five episodes of Gunsmoke, Bonanza, Ironside, Mannix, Columbo, Cannon, Happy Days, M*A*S*H, and more… phew!

Kenyon would briefly voice Arbuckle. Outside of Here Comes Garfield, he only worked on one episode of Garfield and Friends. But when hungry Garfield fans tuned in forty years ago to hear Jon speak for the first time, Kenyon was the man.

DaleWarshaw 14 months ago
I remember (in the days before the internet) getting really excited when I saw Lorenzo Music's name in the photo index in the back of a book I was looking at in the book store. But when I turned to that page to finally see what he looked like, in the photo he was covering his face with his hands! So funny!!
Like Reply Delete

nightshade 15 months ago
actually he was the voice of peter venkman in "the real ghostbusters" cartoon based on the movie... he left that show in the first or 2nd season to do the garfield and friends Saturday morning show
Like Reply Delete