The Columbia House record club may be returning on vinyl

The classic mail-order service has new life and could be mailing albums to you on wax in the near future. 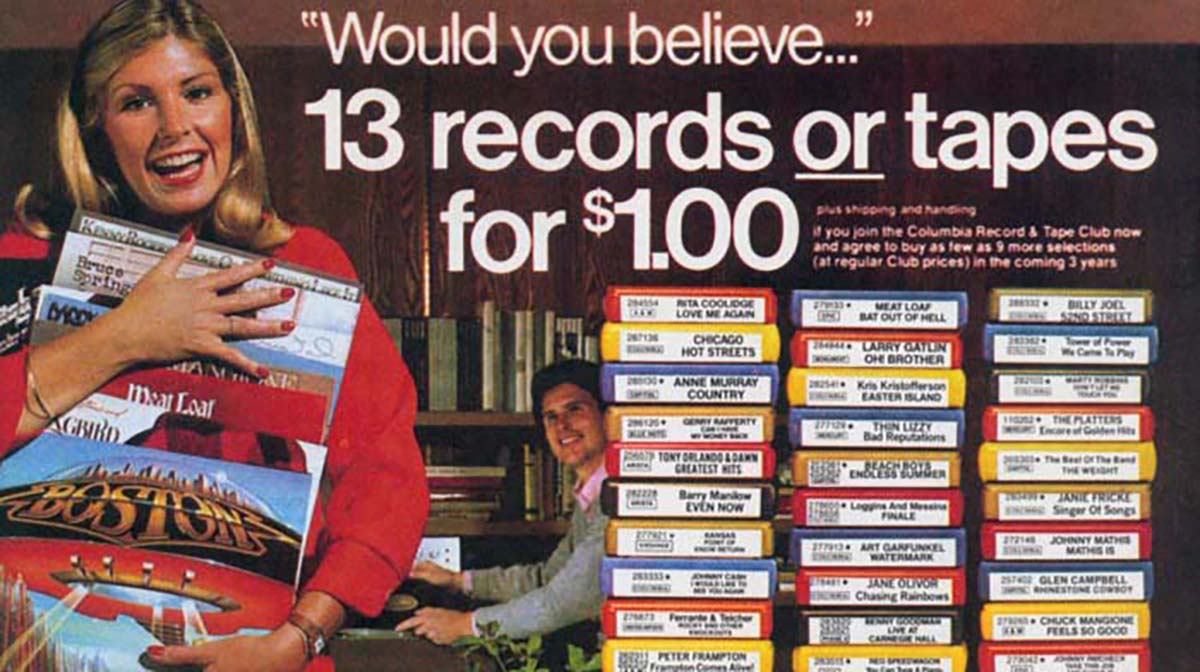 In August, we told you that Columbia House, the music mail-order service that boosted many of our record collections, filed for bankruptcy.

As you might remember, the offer went something like this: Eight CDs for a penny! Any nine tapes for $2.86! (That's 8-Track, cassette or reel-to-reel!) We eulogized the subscription service.

It was a short death.

Yesterday, The Wall Street Journal reported that Columbia House could make a comeback, this time focusing on vinyl albums. John Lippman, who recently purchased Columbia House out of bankruptcy, claims he wants to restore the brand to its wax roots. The 41-year-old former Lehman Brothers employee first took control of the brand in 2012.

Anyone who has stepped into a Barnes & Noble lately will have taken notice that vinyl records — and portable turntables — have made a dramatic comeback. Adele's 25 sold 22,000 vinyl copies in its first week.