Columbia House kick-started so many of our record collections 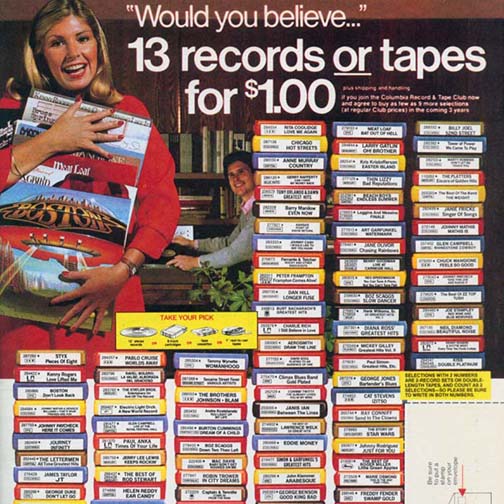 The deal seemed too good to be true. I can pick a dozen albums and only pay one cent? Naturally, there was a catch, you would pay on the back end, but that didn't matter to our teenage minds. Eh, we'll move and they can't track us down, we thought. We stocked up on so many CDs, cassettes and LPs through Columbia House.
The offer varied over the years. Eight CDs for a penny. Any nine tapes — that's 8-Track, cassette or reel-to-reel — for $2.86. Two Blu-Rays for $5.99 each. In 1996, the company's profits reached $1.4 billion. It's been downhill for the two decades since. 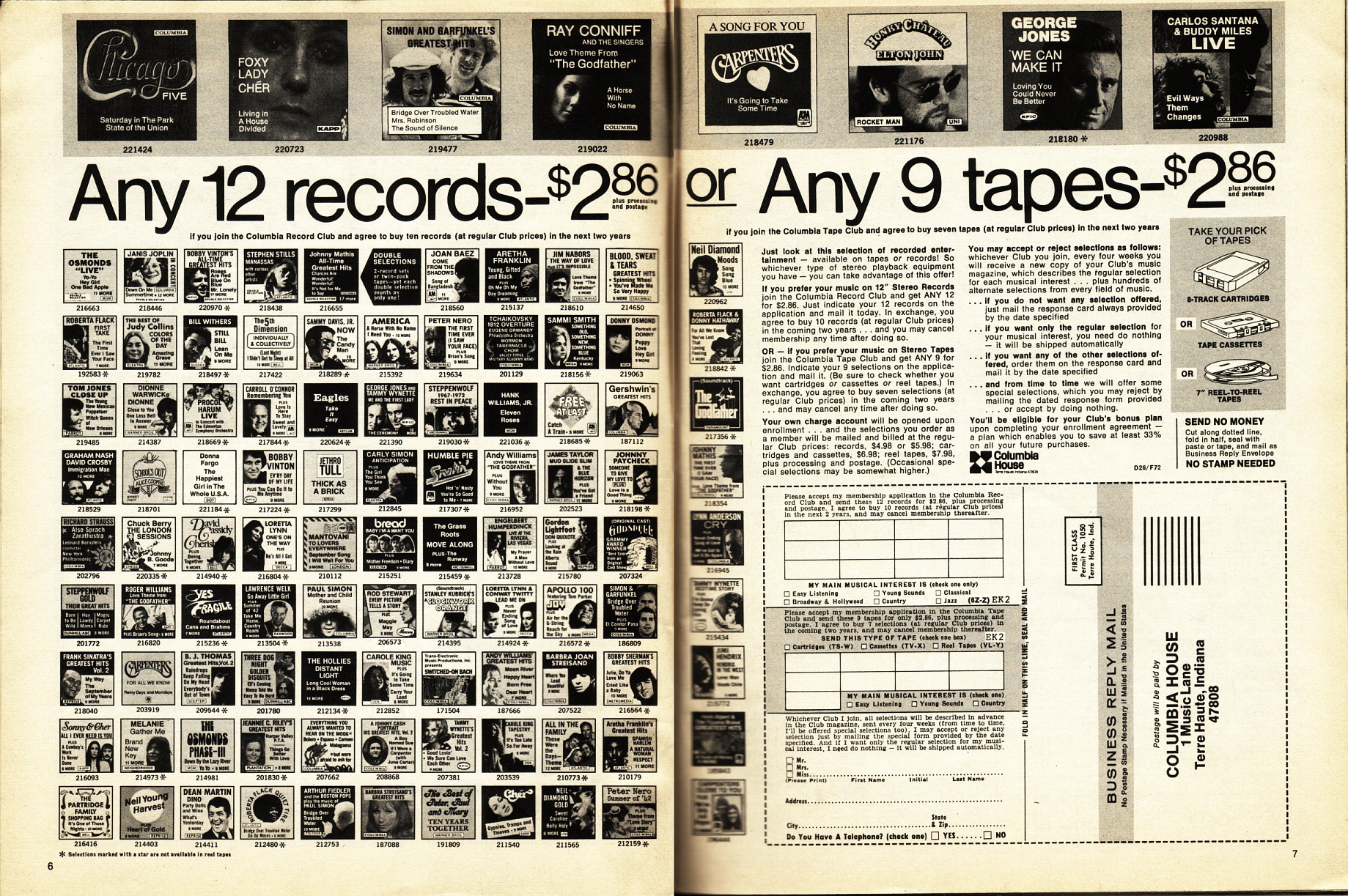 But we're not here to talk business and the decline of physical formats in the face of digital technology. Let's reminisce about old records! How else would we have gotten a copy of the Styx The Grand Illusion in our rural Indiana hometown?
Were you a member of Columbia House? What albums do you remember getting from the record club?