The beginnings of 'I Love Lucy' by the numbers

Let us count the ways Lucille Ball went into the record books, from one to 29 million. 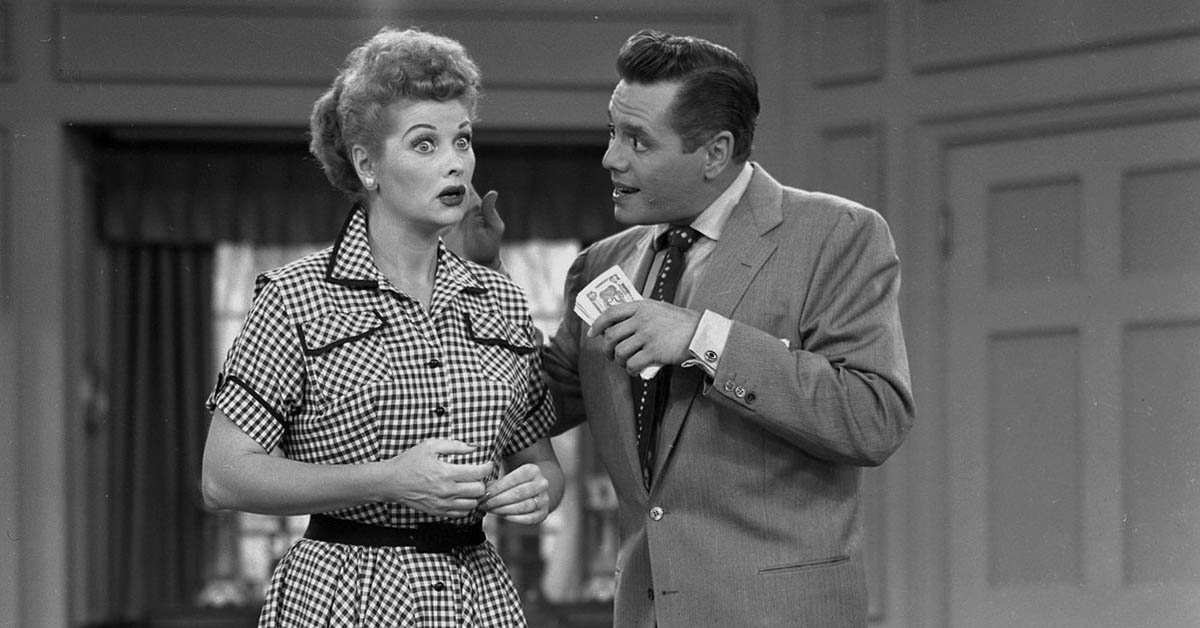 On October 15, 1951, the first episode of I Love Lucy aired on CBS. After six seasons and 161 episodes, the sitcom was firmly established as an American classic and the nation did indeed love Lucille Ball. There are countless impressive, fascinating numbers related to I Love Lucy.

03/02/1951 - The I Love Lucy pilot was recorded on kinoscope in March to shop around. Coindicentally, this was Desi Arnaz's birthday.

40 - Lucille Ball's age when I Love Lucy premiered in October.

6 - Weeks spent by Don Sharpe shopping the show on Madison Avenue to sponsors. Eventually, the Biow Co. ad agency bit and client Phillip Morris signed on to sponsor the show.

$26,000 - Initial per episode production cost proposed to the sponsor.

$5,000 - Initial per episode salary proposed for Lucy and Desi. They were also slated to get 50% ownership of the series.

$5,000 - This was the also the gap between the proposed budget and what the network and sponsors were willing to pay. CBS eventually covered this, after…

$1,000 - Weekly salary cut taken by Lucy and Desi in production negotiations with CBS, who wanted the show shot in New York City. Desilu, however, wished the series to be produced in Hollywood.

100 - In the end, the percent ownership given to Desilu Productions in exchange for the salary cut.

80 - Percent of that owndership that went to Lucy and Desi specifically. The other 20% went to producer and writers Jess Oppenheimer, Madelyn Pugh and Bob Carroll, Jr.

4 - Cameras used to film the first regular episode ever produced, "Lucy Thinks Ricky Is Trying to Murder Her." This proved to be too much to handle, so the number was cut to three. The three-camera sitcom filming technique, pioneered by I Love Lucy, become an industry standard.

4 - Due to production time, "Lucy Thinks Ricky Is Trying to Murder Her" ended up being the fourth episode aired in the first season.

$3,500 - salary per episode demanded by James Gleason to play Fred Mertz. William Frawley was cast instead.

29,000,000 - According to Variety, this is the number of viewers I Love Lucy eventually reached in its smash first season.

10,000,000 - Additionally, in its premiere season, I Love Lucy was the first television show to reach ten million American households.

67.7 – Percent of American televisions tuned in to see the inauguration of President Eisenhower the following day.

1 - The Nielsen ranking of I Love Lucy when it went finished its run. Only The Andy Griffith Show and Seinfeld were ever able to match the feat and bow out on top.