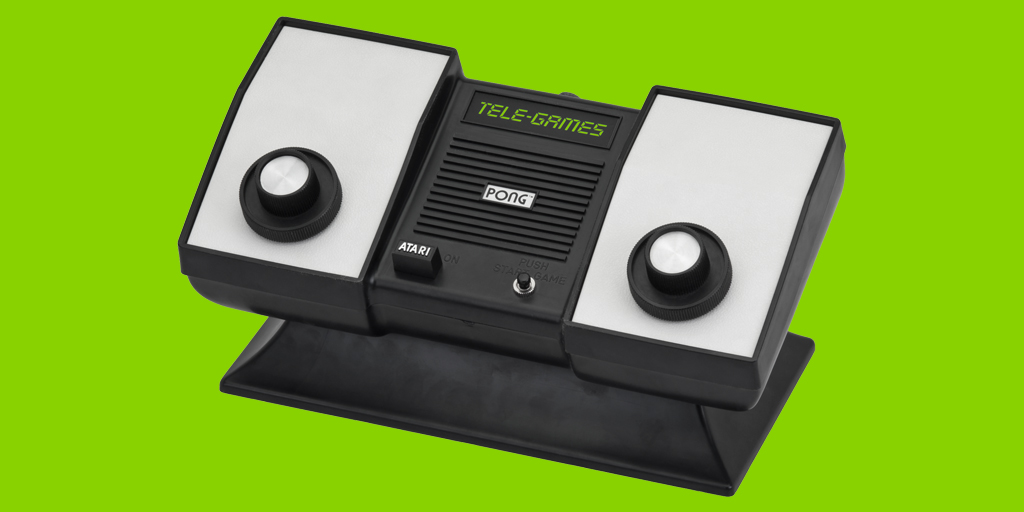 It's hard to believe that home video game consoles are as old as the Pet Rock. But we remember video games before cartridges. You bought a home console and it played one game, and that was enough of a marvel.
In 1971, engineers Nolan Bushnell and Ted Dabney created Computer Space, the world's first standing coin-operated video game for the company Nutting Associates. The success of the new device led Bushnell and Dabney to form their own company. They wanted to call it Syzygy, but they settled on Atari, a term taken from the traditional Japanese board game go.
Atari's first product was another arcade cabinet, Pong. The rudimentary tennis simulation was a massive hit. In 1974, an Atari engineer suggested a home version that could connect to a television set. By early 1975, a working version of Home Pong was ready for trade shows. Atari presented Home Pong to Sears in its Chicago skyscraper, and the retail giant ordered 150,000 units for the upcoming holiday season. The consoles were first branded with Sears' Tele-Games name. TV not included.
This was our first experience with joysticks and pixels on a TV screen, heading to a neighbor's house to wage Pong tournaments with those plastic paddles and knobs. Do you remember Home Pong? What was your first video game experience?
Catalog page from Wishbookweb.com.