Six degrees of separation: Don Knotts to The Rock

Connect the dots between the TV deputy and the action star. 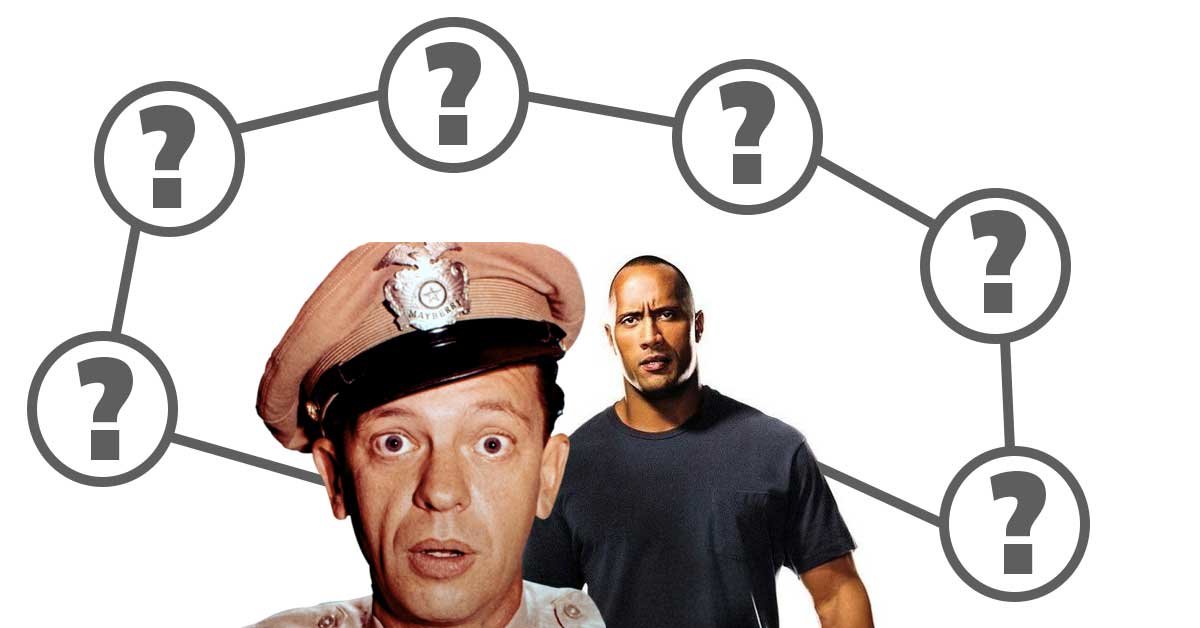 The theory behind the game of "Six Degrees of Separation" is that everybody on Earth can be connected through six people or less. It's sometimes referred to as "Six Degrees of Kevin Bacon," because the actor's fans have had fun trying to figure out how Bacon connects to every celebrity on the planet. Today, we couldn't help but think this game would be a whole lot more fun if we played with classic TV stars.

So to kick things off, we thought about one of today's biggest blockbuster movie stars: Dwayne Johnson, a.k.a. The Rock. The semi-retired professional wrestler started acting on TV shows and in movies in the 1990s. On the big screen, we've seen the hulking star in everything from family-friendly fare like the reboot of Escape to Witch Mountain to starring roles in action films like The Scorpion King and the recent movie adaptation of the classic video game Rampage. 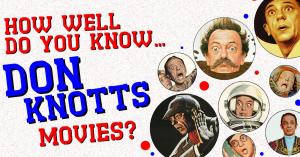 How well do you know Don Knotts movies?

And who's one of the least likely classic TV stars we could think to try to connect to The Rock?

Our choice was none other than Don Knotts, who played Barney Fife on The Andy Griffith Show, but also starred in movies, too. Like The Rock, Knotts did plenty of family films like The Incredible Mr. Limpet and The Apple Dumpling Gang, but he also took comedic chops at revered genres from mystery to Westerns in movies like The Ghost & Mr. Chicken and The Shakiest Gun in the West.

Ready to find out how these two unlikely stars connect? The way the game is played is to try and connect the stars through six people or less, and we're pretty proud that we managed to make this surprising connection through just five people who appeared in projects with these actors throughout their careers.

Take a look at how we worked it out below: 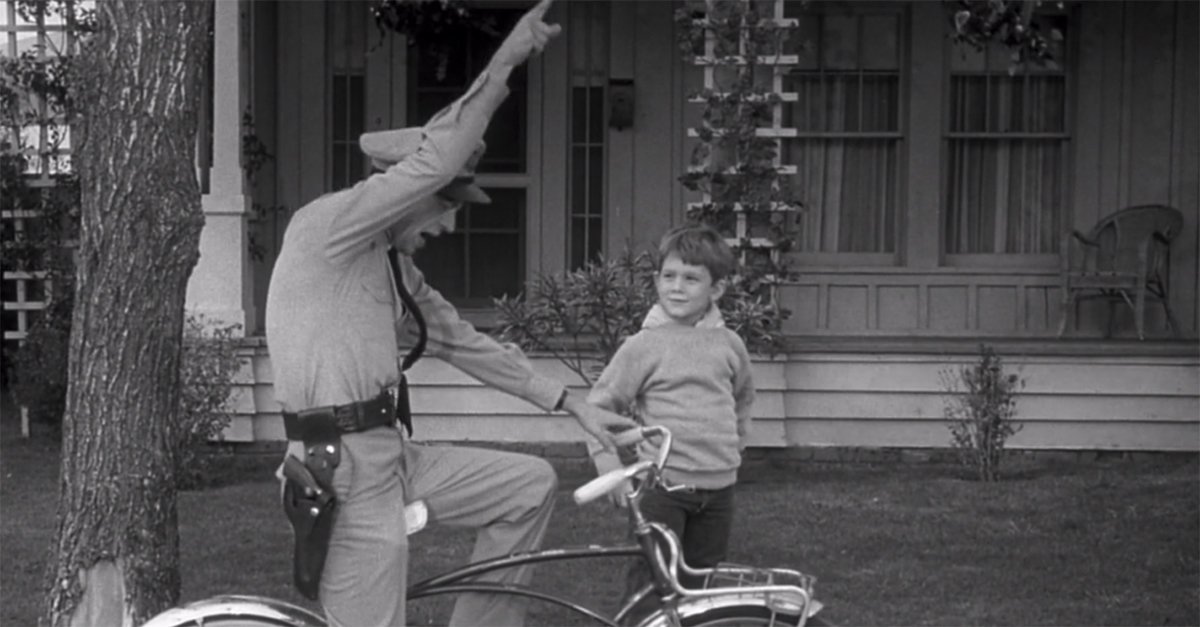 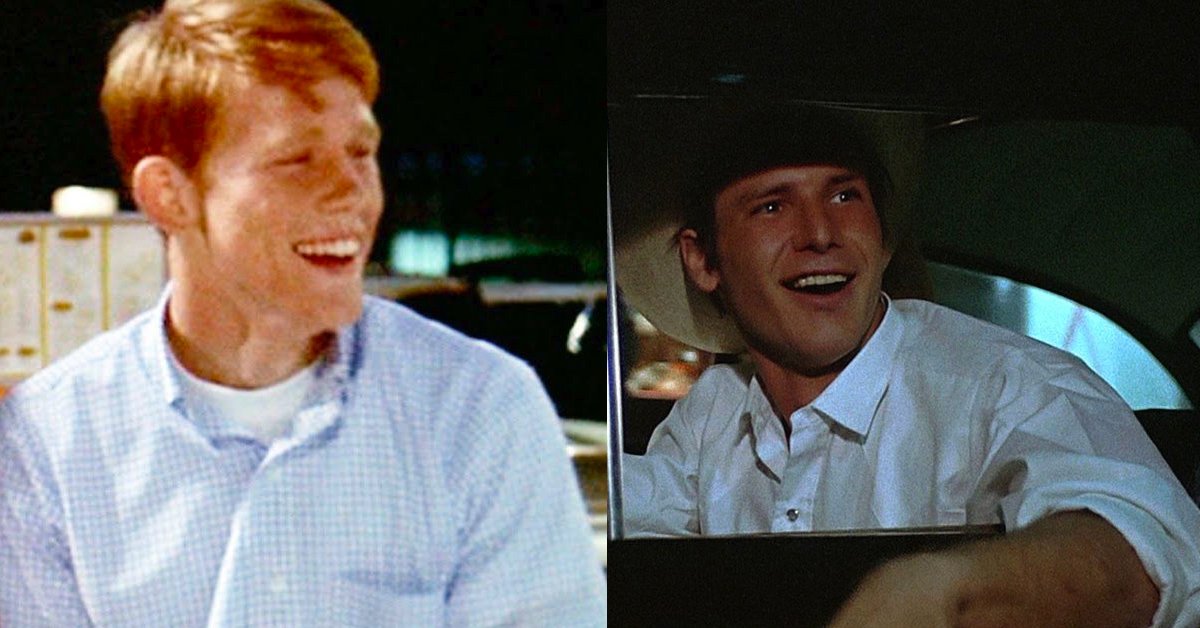 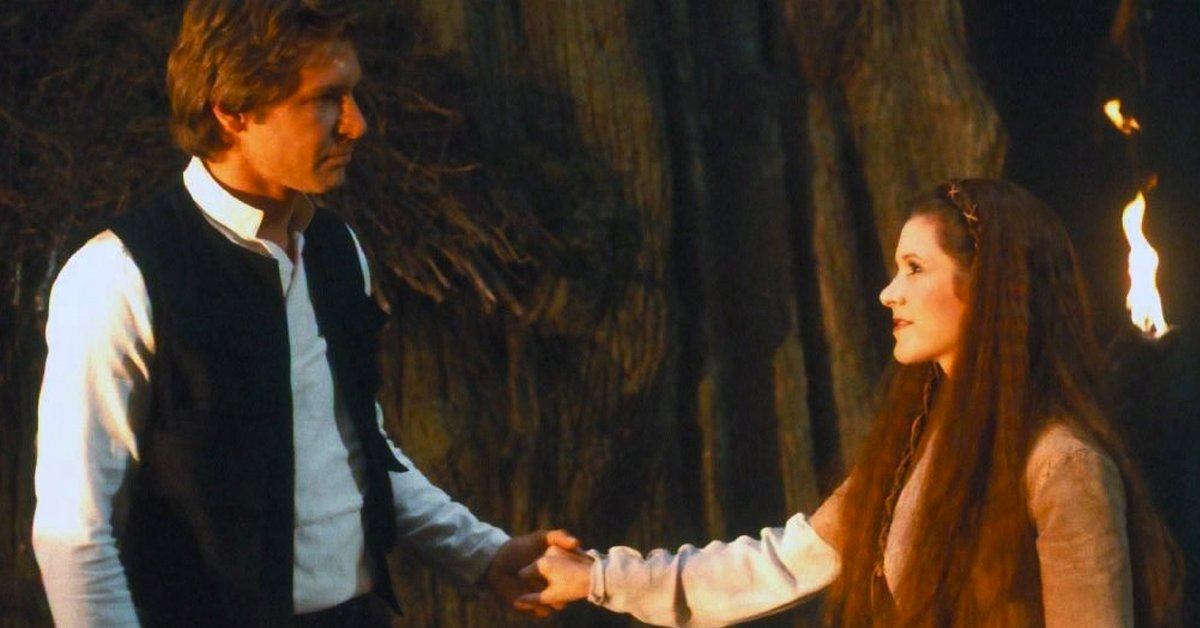 Harrison Ford was the hero after Carrie Fisher's heart in the Star Wars movies. 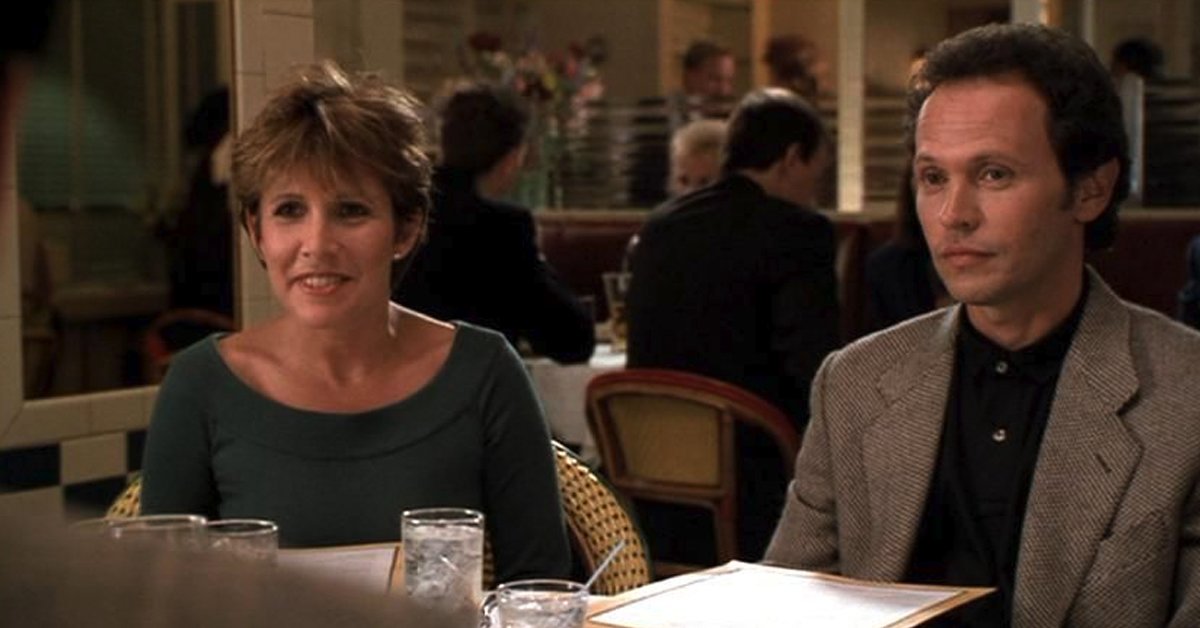 Carrie Fisher had a great supporting role in the Billy Crystal classic When Harry Met Sally.... 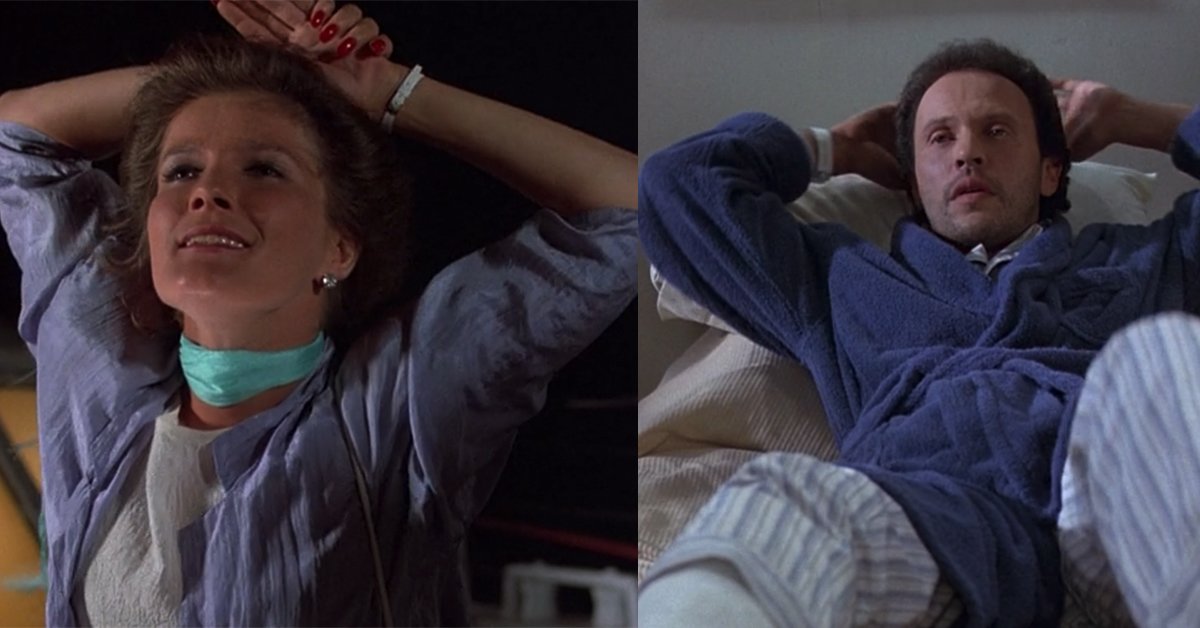 Billy Crystal starred in Throw Momma from the Train, which also featured Kate Mulgrew in a major supporting role. 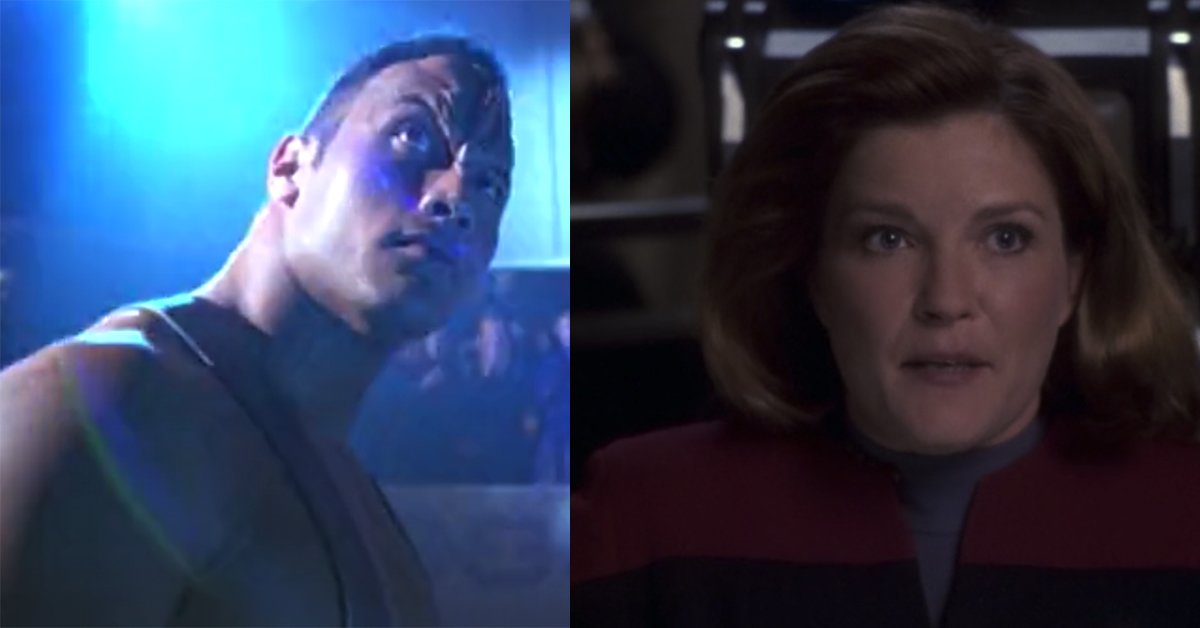 Kate Mulgrew starred in Star Trek: Voyager, where The Rock turned up as The Champion in the episode "Tsunkatse," where he battled Seven of Nine in the ring.

There it is, Don Knotts to The Rock in six degrees of separation or less. Think you can do better? Tell us how you would connect the stars from different eras in the comments!

KevinMowery 35 months ago
Dwayne Johnson was in Race to Witch Mountain with Cheech Marin, who was in Cannonball Run II with Don Knotts.
Like Reply Delete

Bee 41 months ago
Both The Rock and Mr. Knotts guest starred on That 70s Show. Zero degrees of separation! I win!

MrsPhilHarris 41 months ago
I love 6 degrees of whomever.
Like Reply Delete

UTZAAKE 41 months ago
1. Don Knotts featured in Pleasantville along with Paul Walker.
2. Paul Walker starred in three of The Fast and the Furious movies with Dwayne Johnson a.k.a. The Rock.
Two degrees of separation.
Like Reply Delete

UnicornPrincess 41 months ago
This is cool, lol!
Like Reply Delete