Andy Griffith: "What are you grinning at, Ronny?" 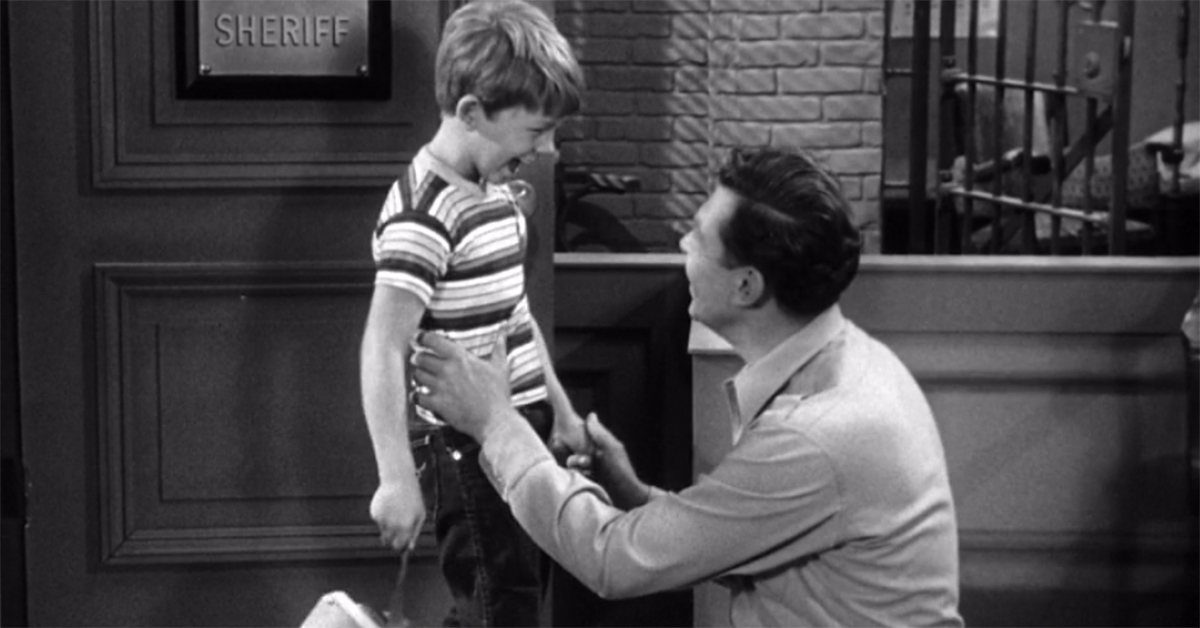 By the second episode of the second season of The Andy Griffith Show, Ronny Howard was a ripe 7 years old. Even though he was such a young kid, he remembers pretty much everything about that time in his life, when his parents would remind him often, "If you don't want to act in these shows, you really don't have to."

But once he got cast in this particular series, that message changed. Instead, his parents - both actors themselves, Rance and Jean Speegle Howard - cautioned their son at this pivotal moment, which turned out to be the start of his young, promising career. Howard recalled them saying, "Remember how we always said, ‘You can do it if you want, but you don’t have to?' Well if you start this, you can’t quit. You don’t have to do other parts on other shows, if you don’t want, but you’d have to keep doing this one." Ronny said he understood just what he wanted to do: He wanted to be Opie on The Andy Griffith Show. As Howard told the Archive of American Television, "I think it was pretty clear at that point that I was enjoying it, and I was good at it."

It wasn't easy, of course, discovering your talent on a set packed full of great performers, but Ronny said that didn't stop him from making his own suggestions, which often fell on deaf ears of the adults who overlooked him. "Every once in a while, I’d speak up, and no one ever really seemed to notice," Howard said in the interview.

That changed with an episode of The Andy Griffith Show that Howard recalled with extra pride, even all these years later. In the interview, he described a scene where the TV director Bob Sweeney not only took the time to hear out his young star, but he also gave the go-ahead to incorporate Ronny's idea into the episode. It was the first time in his career that he'd ever made a suggestion that they actually took, and the episode in question was identified by Howard as "Barney's Replacement."

In "Barney's Replacement," a state law official comes to learn how Andy handles the job, and Barney mistakes this all as an attempt to take his place in the small sheriff's office. Howard said Sweeney was staging a scene in the courthouse when "I came in and was supposed to say my line and I sort of balked."

"What is it?" Sweeney asked Howard. And young Ronny Howard squared his jaw and gave his criticism, "I don’t think a kid my age would say it this way." Instead of fighting the 7-year-old star, Sweeney took him seriously and said, "Well, how would [Opie] say it?" Howard said he pitched a line, and Sweeney said, "Good, why don’t you say it that way?" Howard's response was priceless. He said, "My recollection is I just stood there and started grinning."

When Andy saw his co-star in this state, he had to know what was up. Howard said he remembered "very clearly" Andy saying, "What are you grinning at, Ronny?" Howard answered in that earnest way of Opie, "That’s the first suggestion of mine that you’ve taken!" And Andy answered in that teasing way you'd expect, "It was the first one that was any damn good. Now let’s go rehearse the scene." Howard said everybody laughed, because on set of The Andy Griffith Show, that was just the way. 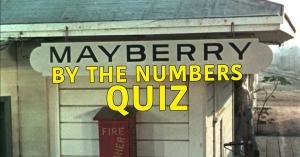 Quiz1960sDifficultMayberry
How well do you know Mayberry by the numbers?

In the interview, Howard can't recall the exact line or how he changed it, but in reviewing the episode, there is only one scene similar to the one that Howard described. It comes at the very beginning of the episode, after a hilarious moment where a paranoid Barney argues passive aggressively with Andy, who of course takes it all in stride. Opie's first line is, "Paw, what's the matter with Barney?" after he's passed Barney shuffling out of the sheriff's office with a broom, cleaning up as Andy ordered, but going overboard as is his nature. Andy glosses over the tension to give Opie a simplistic shrug-off of an answer, to which Opie gives this colorful line, perhaps the first that Ron Howard ever suggested to make his own contribution to an episode of The Andy Griffith Show: "He's sweeping clear on down the street!"

It may seem small, but to a young kid working with the industry's best (in the interview, Howard recalled Sweeney with reverence, saying he was "a pretty successful sitcom/television actor himself who’d evolved into a TV director"), this tiny nod of approval was perhaps the inch Howard needed to push his talents for miles and miles. Now a successful director himself, Howard said in the interview of that early time in his career, “I was really allowed to be a part of it, and I don’t think that I really made any big story suggestions, but it was fascinating to listen to people break down the script and make suggestions and argue.”

ShirleyOlds 43 months ago
I'm using it now and it's awesome! I've signed up for my account and have been bringing in fat paychecks. For real, my first week I made $302 and the second week I doubled it and then it kinda snowballed to $120 a day! juet folllow the course.. they will help you out... visit This Site........... www.Tag30.com
Like Reply Delete

Pacificsun 43 months ago
Regarding education "Montessori" moments are said to be specific learning points usually in a young person's development. When the person is most open to constructive (or negative) formation. This might've been one for Ron Howard, who (by this interview) never forgot his feeling about offering an important contribution. My hunch is, in working with his own actors as a director, he also respects their input as well.
Like Reply Delete