From knife-wielding car thief to all-powerful being, this is how the '60s helped shape Robert Duvall. 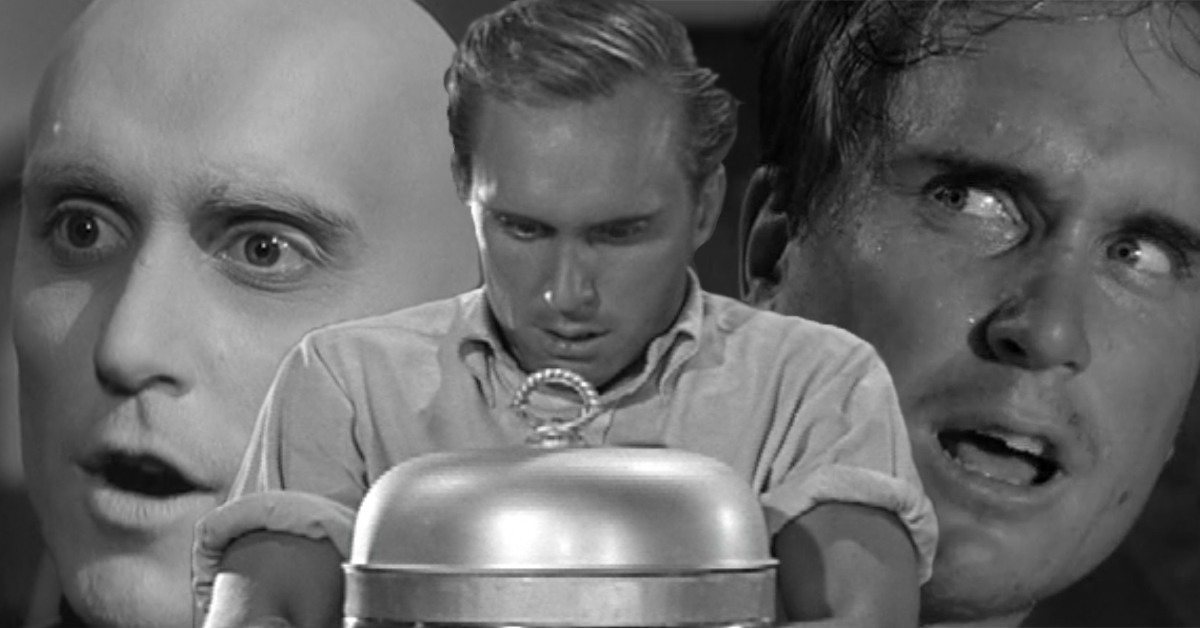 We all know Robert Duvall from his masterful and iconic movie roles. In The Godfather, he plays Tom Hagen, the adopted son and voice of reason within the Corleone family. He was nominated for an Academy Award. In Apocalypse Now, he's a willful leader who utters one of the most famous lines in movie history, "I love the smell of napalm in the morning." That gave the actor his first Golden Globe, with three more awards quickly following for his performances in Lonesome Dove, Stalin and the movie that won him his Oscar, Tender Mercies. There was no part that Duvall couldn't bring to life, and if you're looking to see where that sort of talent gets started, you should turn to your TV.

Before Duvall became a commanding movie star in the 1970s, he proved his salt in some of the best TV shows of the 1960s. After performing on standout drama series like Playhouse 90 and Armstrong Circle Theatre, Duvall was cast in the Alfred Hitchock Presents amusingly titled episode "Bad Actor." In it, he plays an actor whose frustrated because he can't seem to get cast in anything. Feeling the pressure, he murders his competition for a comedic role in a fit of rage, resulting in a mesmerizingly tense scene between Duvall and a suspecting detective. 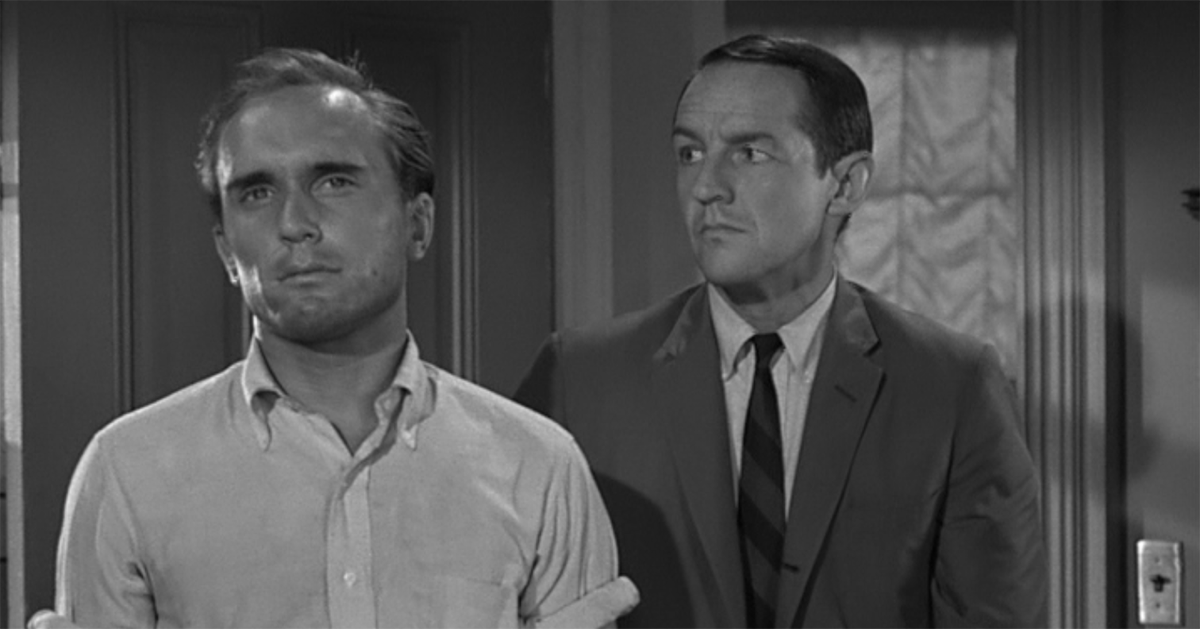 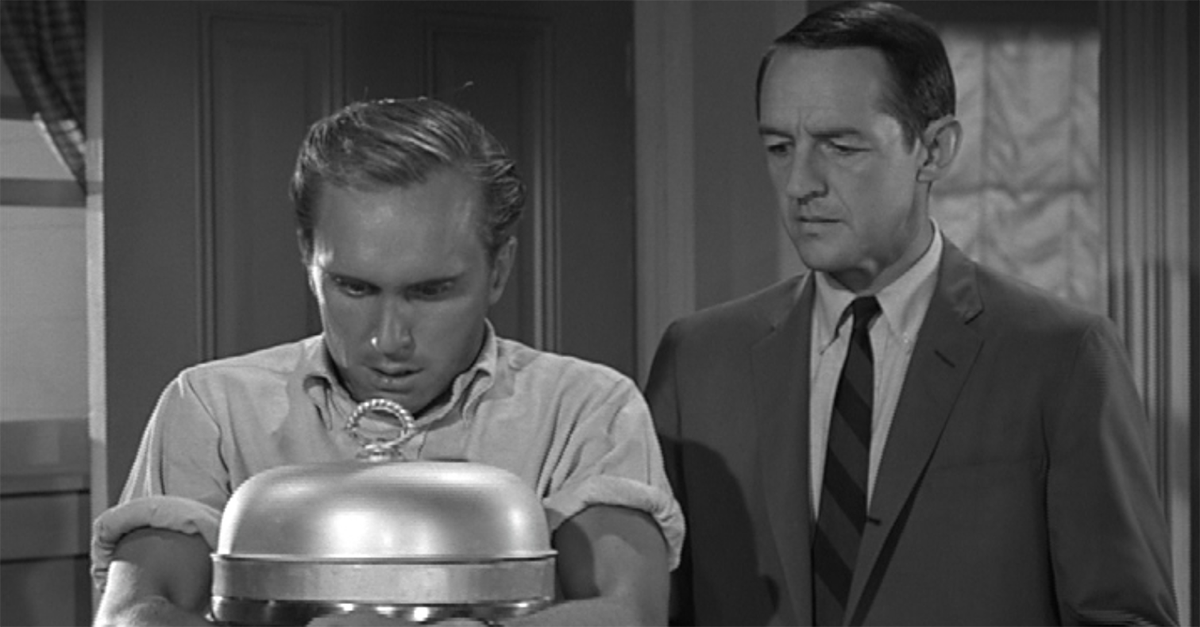 Trust us, you don't want to know what's in that pot.

From there, Duvall's TV career gathered more steam in parts he took in The Untouchables, which undoubtedly helped persuade The Godfather director Francis Ford Coppola that Duvall was the only person fit for the key part Duvall took in his movie. Duvall plays the honorable Eddie Moon, who tries to help his friend from losing his business to the mob and ends up fighting the mob himself (and falling for the mobster's girl, of course). 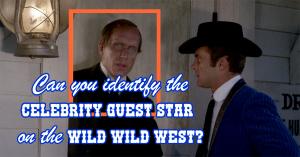 quiz
Can you I.D. these celebrity guest stars on 'The Wild Wild West'?

Before The Untouchables, though, Duvall appeared in several episodes of Naked City and its fantastic spin-off Route 66, an anthology drama that followed around two young guys as they steered their convertible all over the United States. Duvall's roles on Route 66 were as diverse as his talents, as he alternates between starting knife fights with the guys and bailing them out of jail in "The Newborn" and "Suppose I Said I was the Queen of Spain," respectively. The wildest performance he gave, arguably, was in the episode "Birdcage on My Foot" where beads of sweat add to the maniacal eyes Duvall makes at the screen, portraying an untrustworthy car thief and drug addict the boys take under their wing.

Then in 1963, Duvall appeared on The Twilight Zone in one of his most memorable TV performances to date. The episode was called "Miniature" and saw Duvall as a shy mama's boy who discovers a miniature world inside a dollhouse in a museum and gets so sucked in, he loses touch with reality. For this part, there was no bug-eyed tension, just suffocating social moments and a performance from Duvall that made everyone want to climb into the dollhouse with him at the episode's end. 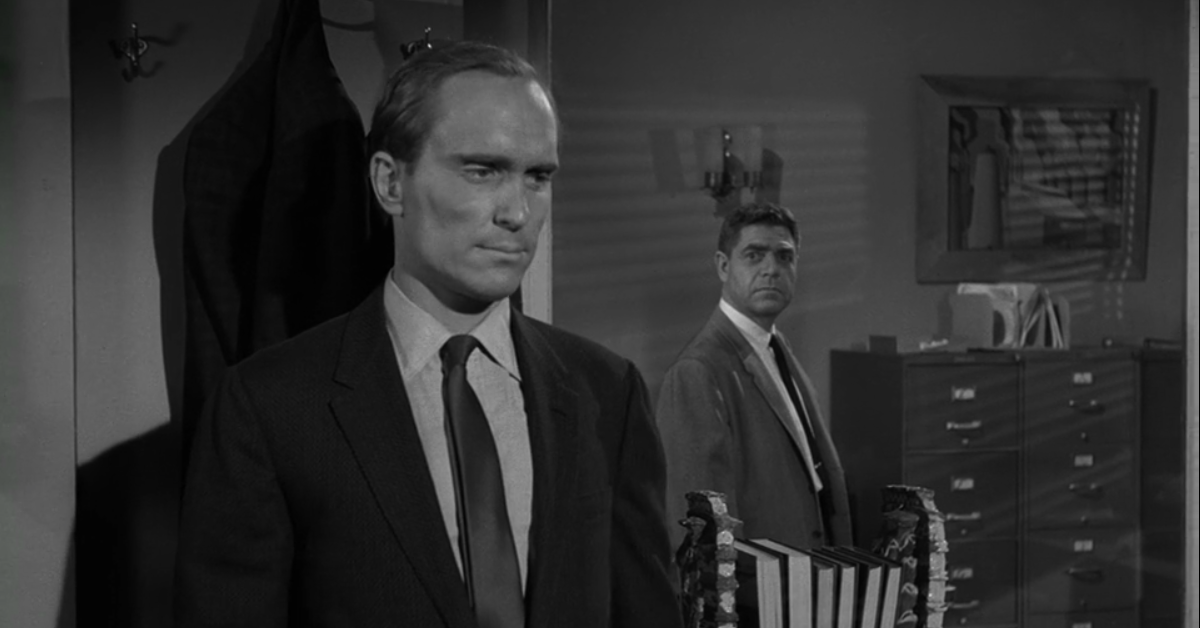 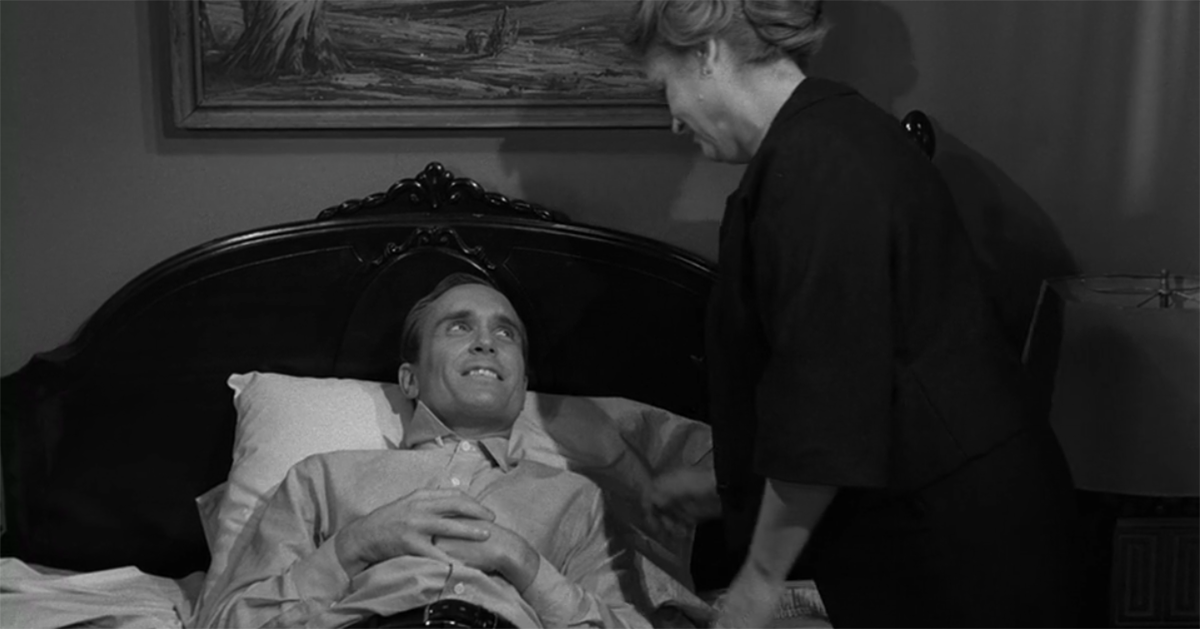 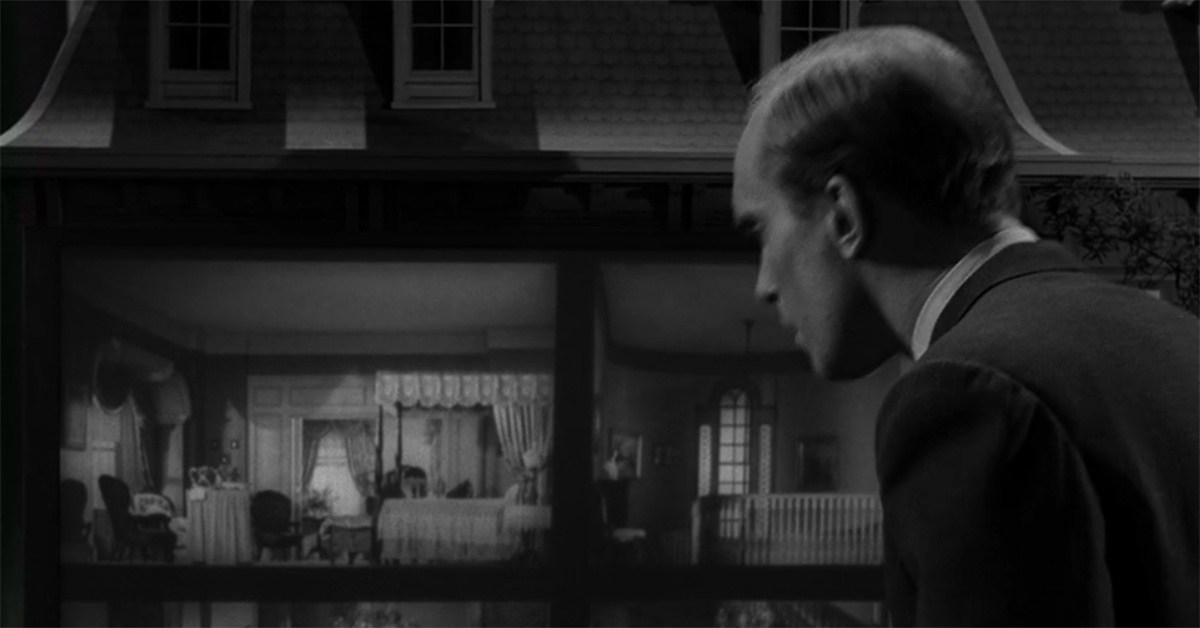 Between 1963 and 1964, Duvall returned again and again, keeping us from switching the dial with his endless expressiveness on shows like Outer Limits and The Fugitive. On both shows, he guest-starred in special two-part episodes, demonstrating that TV directors couldn't get enough of the rising acting talent, either.

It was a 1965 appearance on Voyage to the Bottom of the Sea, though, that proved his most unusual role. In "The Invaders," Duvall plays Zar, an all-powerful being the crew accidentally awakens. It wouldn't take long for Duvall to become just as all-powerful as an acting talent landing choice roles once he leapt from the small screen to the big screen. 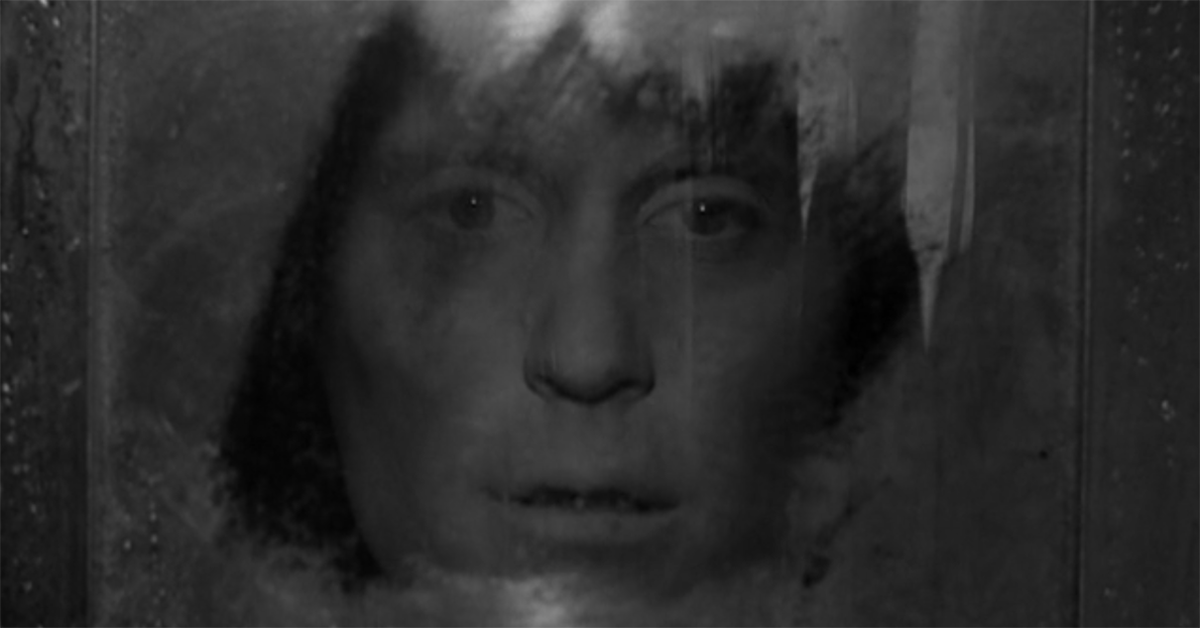 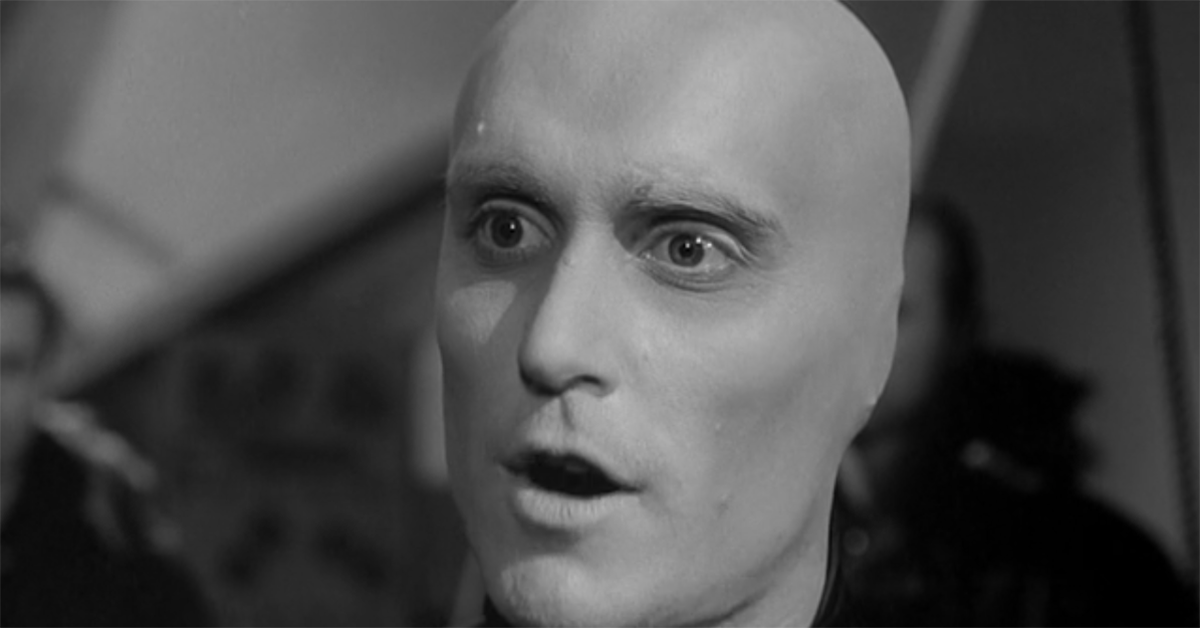 LittleMissNoName 15 months ago
Instead of the much smaller role of Ned Pepper, he should have been cast as the Texas Ranger in True Grit (1969).
Like Reply Delete

Amalthea 21 months ago
Mr. Duvall was my father's favorite actor; a particular favorite movie of his (aside of the obvious ones) is "The Apostle".
Like Reply Delete

Nightshade1972 21 months ago
I'm surprised the article didn't mention his part as Boo Radley in To Kill A Mockingbird.
Like Reply Delete