He much preferred she watch The Flintstones. 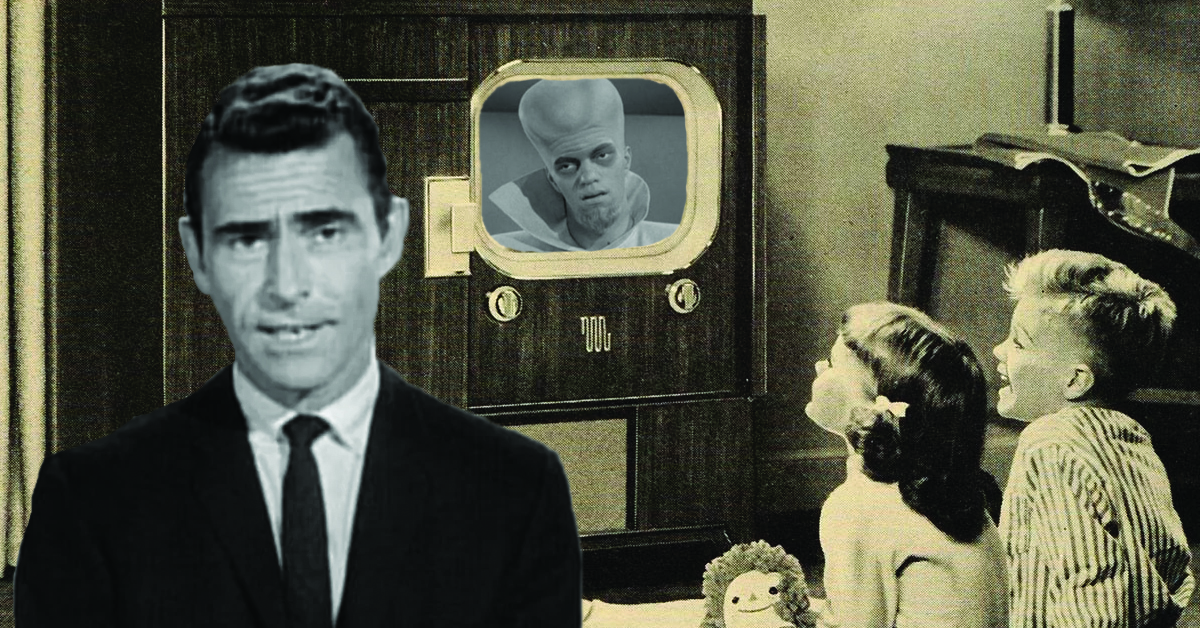 Rod Serling and his daughter Anne were very close. They had an assortment of affectionate nicknames for each other, but often he'd call her Bunny and she'd call him Roddy Rabbit. The young girl looked up to her father immensely and has shared a lot of intimate scenes from their time together while she was growing up, telling her stories from inside the Serling family in books, at conferences and online.

But this precious moment when she said she was 6 or 7 years old might be the most relatable for any fan of The Twilight Zone. Especially anybody who happened to have strict parents that forbid watching the show when it originally aired in the late '50s and early '60s.

Little Anne was in that club, explaining in her book As I Knew Him: My Dad, Rod Serling that at this tender age, her father still hadn't told her much about his famous show and she actually had no idea what he even wrote about.

One fateful day on the playground soon changed that.

As Anne recalls, she was in the first or second grade when an older boy ran up to her on the school playground. She said he was so close to her face that she could see "the freckles on his face formed a perfect constellation." Startled, she said the boy then asked her, "Where does your dad get all of his ideas? Hanging from the ceiling?"

Cackling, the boy ran off, leaving Rod's Bunny confused enough to run home and ask dad what this was all about.

Unbeknownst to her, The Twilight Zone had really taken off by this point, soaring out of shocking installments of the second season like "Long Distance Call," "It's a Good Life" and "The Invaders" and into its third season, when audiences were first stunned by now-classic episodes like "Dead Man's Shoes" and "To Serve Man." The boy who teased Anne was likely repeating something his parents had said, turning their awe into a schoolyard taunt. 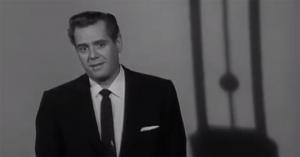 did you know?
Desi Arnaz was technically the first host of The Twilight Zone

That night, she paints a scene of the Serling home on an evening when her mom had taken her sister horseback riding and she and Roddy Rabbit had the TV all to themselves. It was their little secret, Anne said, because her mother had strictly forbid TV during the week.

So there they were watching The Flintstones, a show Anne remembered her father enjoyed just as much as she did. She patiently waited for a commercial break to pop the question: "Why did that boy say that about you?"

Roddy Rabbit had a perfect response: "It's a show I do that's on every week. There are other writers, too. It's a series called The Twilight Zone. Some of the episodes are too old for you; some are maybe a little scary."

At this point, Anne said she tuned out. The commercial break had ended and the young girl was much more interested in what Wilma Flintstone was saying than her father. Serling was off the hook, for at least a little while.

A few years later, after Serling had let his kids visit the set of the show, Roddy Rabbit was ready to let Bunny watch The Twilight Zone. The first episode he showed her was a classic — "Nightmare at 20,000 Feet."

Anne said she and her dad were sitting together in two wicker chairs through the viewing, and over the course of the show, she kept creeping her chair closer to his. She was amazed that this was the scary stuff her father was churning out. Rod quickly clarified that Richard Matheson actually wrote that episode, but Anne wrote looking back, "that fact is of little consolation."

Just as Rod feared, Anne said at first she was a little disturbed, "It is still my father who appears at the beginning and at the end of the show." But looking at her dad and remembering the Roddy Rabbit she knew, she learned to make the distinction from The Twilight Zone host and her father. When it came to Rod Serling the dad, Anne Serling his daughter assured her readers, "There's nothing scary about him!"

MaryAngelaDouglas 1 month ago
What a great story!!

LeeWithers 17 months ago
You should see the two surviving episodes of the late 60s version of "Liars Club," which Rod hosted. That's about as far from the Twilight Zone as you can get!
Like Reply Delete

RedSamRackham LeeWithers 1 month ago
* Did Frisby inspire that show?
Like Reply Delete

daDoctah 38 months ago
I suppose by the time he had gone on to Night Gallery, Anne was old enough to watch anything she felt like.

Actually, I can't help thinking of another suspense-anthology host of the time who also had a daughter. Pat Hitchcock was a grown woman, though, and actually appeared in a number of episodes of her father's series.
Like Reply Delete

Pacificsun 39 months ago
Such a great story! Wonderful candid conversation. Thank you.
Like Reply Delete

stephaniestavropoulos 39 months ago
I think I would have rather been the daughters of Walt Disney, than Rod Serling. I think I would have been less likely to have been teased about my father's job. I would also have an entire amusement park to call my playground.
Although, it would have been fun to have been on the sets of the Twilight Zone, especially during Halloween. Maybe I could have wrangled up a prop or a costume to use or to wear. I think the kids might have been envious. I can imagine how the teasing might have stopped, because I had access to things they could never get their hands on. I would know "inside information" about episodes that other kids wouldn't know. I would have loved to have that knowledge over them! When you're a kid and you know stuff, that makes you feel important, like a big shot. You remember the sing song: "Nah, nah, nah, nah, nah. I know something you don't know."
I think I would have been different from Ann, {if I had been her age, which I wasn't;} I think I and my sister would have been allowed to watch TZ. {If we so desired.} Because we were allowed to watch Dark Shadows and a # of kids my age, their parents forbade them to see it. So I would've tried to find a way to get a sneak peek of TZ.
Like (1) Reply Delete