She wore psychedelic tie-dye and almost came between Kermit and Miss Piggy. 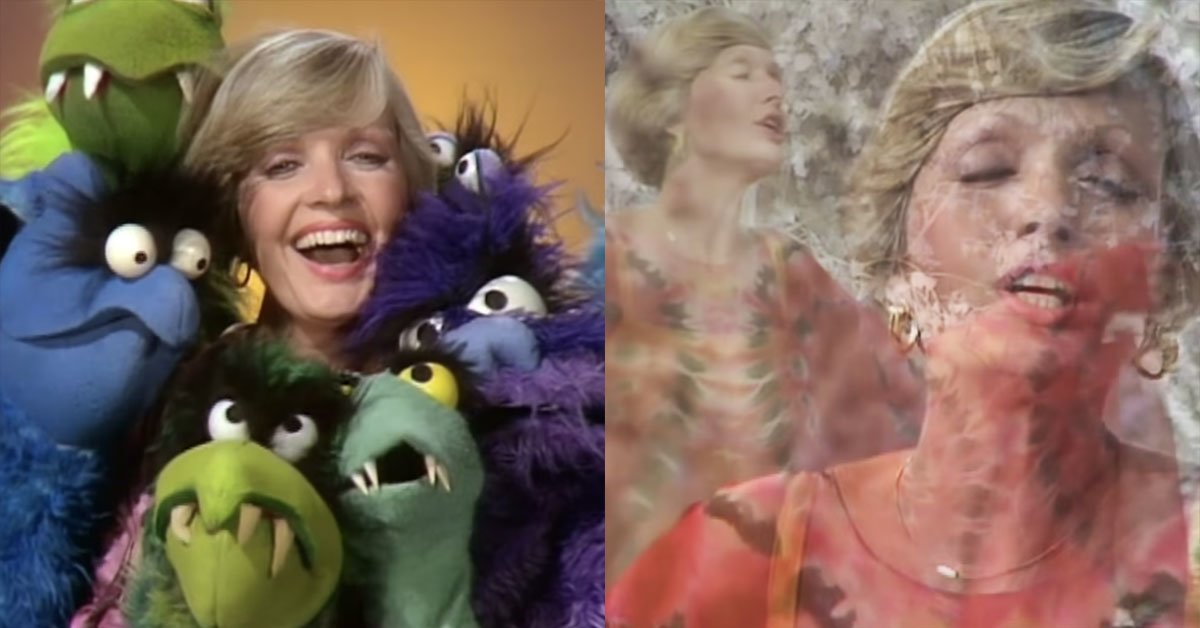 Florence Henderson is most widely known as Carol Brady on The Brady Bunch, but her talent reached far beyond the classic family sitcom. She sang on Broadway and was the first woman to guest host The Tonight Show.

One of her more memorable variety show guest appearances was on the very first season of The Muppet Show. In fact, it was only the show's seventh episode. At the time, it wasn’t out of the ordinary (especially for puppet variety shows of that era). Looking back, it feels dated, but in the best way! Who doesn’t love tie-dye and unnecessary cross-fades?

Kermit first introduces Henderson before she sings Bob Lind's "Elusive Butterfly." Her rendition is beautiful but the presentation is a little odd. The only puppet element in the entire sequence is a little yellow butterfly fluttering around on a string. Henderson, wearing flowing red tie-dye, appears out of thin air and walks through a gleaming white forest.

She disappears and comes back many times throughout the song. The long cross-fade from one angle to the next in the middle of the segment really completes the '70s vibe. It ends with a flock of multicolored butterfly puppets superimposed onto the white forest backdrop.

Later in the show, Henderson and Kermit appear in a sketch where he tells her how much he loves her eyes. Just then, Miss Piggy pops out and accuses Florence of stealing her man, er, frog. Henderson insists there is nothing going on between her and Kermit and that they're just old friends. Interestingly, this is one of the very first times that a romance between Kermit and Miss Piggy is explicitly shown onscreen.

This episode also features a panel discussion about whether Shakespeare is bacon (Francis Bacon, that is) and Henderson sings "Happy Together" by The Turtles with Lenny the Lizard and a host of fuzzy monsters.

Henderson told the Archive of American Television, "One of the real highlights, for me, of my career, was going to London to do The Muppets." We would certainly agree, even with – especially with – its weirder moments! 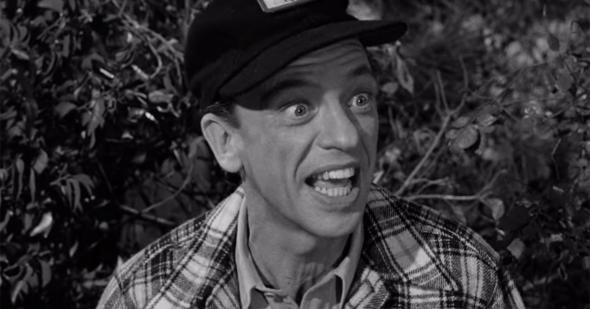 Did you know?
Don Knotts kept his family laughing to the very end
Are you sure you want to delete this comment?
Close

DIGGER1 20 months ago
Miss Piggy has been famous for showing jealousy towards any female performer who seems to come on to Kermit or even so much as just act friendly towards him. And yet, Kermit doesn't seem to mind whenever a male performer comes on to Piggy, almost like he doesn't care. And that's what makes the whole relationship between Piggy and Kermit so hilarious.
Like Reply Delete