Where To Watch Shop Store Contact
Home / Stories / Raymond Burr had a key role in the very first episode of Dragnet
Did you know?1950s

1951 was a breakout year for the future Perry Mason. 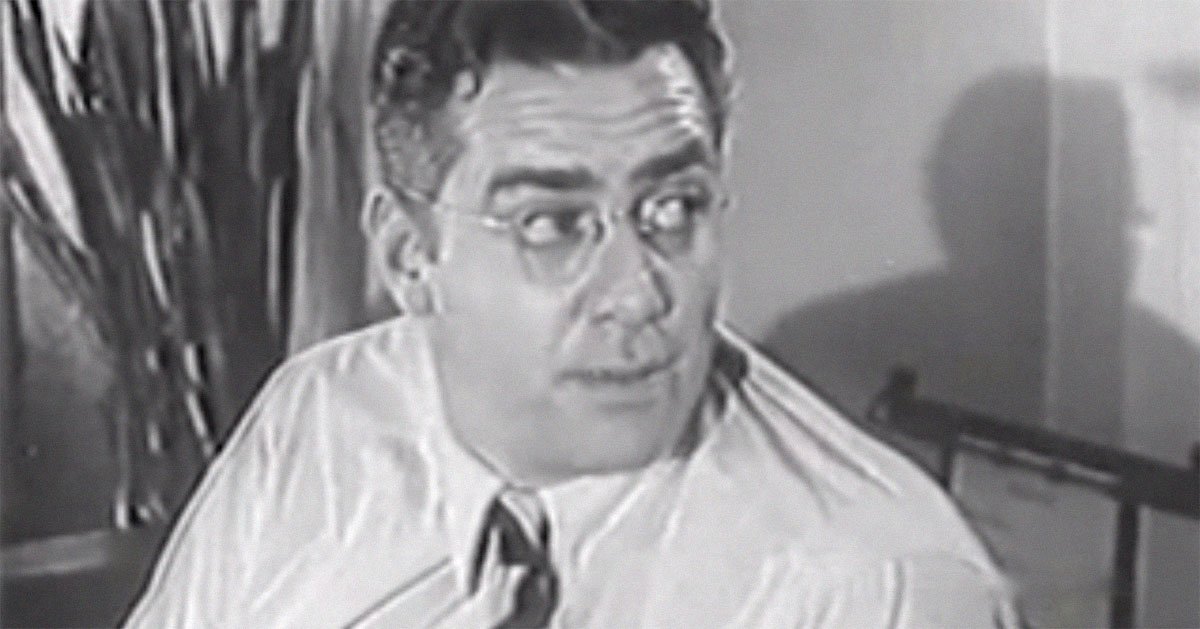 When you think of Raymond Burr, you think of Perry Mason. How could you not? Burr portrayed the ace defense attorney on television for 36 years, from 1957 until his death in 1993. In the span of time, he carved out other characters for himself, such as the wheelchair-bound crime-solver Ironside.

But long before all that, Burr was a hard-working actor taking roles where he could find them in black-and-white productions. Early on, he was pegged as a tough guy, typically a crook in noir flicks. Burr made his debut in a prison film, San Quentin (1946). He lit fires as a pyromaniac in Raw Deal (1948). He was a Communist agent with a Lenin goatee in Walk a Crooked Mile (1948).

Burr booked loads of films in the years immediately following World War II. He also turned up in tons of radio programs. In 1951, his television career took off with a flurry of small roles. He popped up on now-forgotten anthology series such as Chesterfield Sound Off Time, Stars Over Hollywood and The Bigelow Theatre. His most notable role came on a crime series. This time, Burr was one of the good guys. 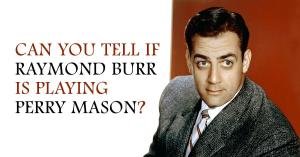 quiz1950s
Can you tell if Raymond Burr is playing Perry Mason — or another character?

Like Burr, Jack Webb honed his acting craft over the radio airwaves. In fact, in 1946–47, both Webb and Burr had roles on a radio show called Pat Novak, for Hire. In 1949, Webb created his own radio program, Dragnet. Burr joined the cast, too, playing chief of detectives Ed Backstrand. The cases of Sgt. Joe Friday clicked with audiences.

As fledgling television networks began to look to radio for programming ideas, the popular Dragnet series made the leap from radio to small screen. Joe Friday's monotone delivery worked just as well coming out of Webb's mug in black-and-white.

Webb brought his old radio colleague Burr along to television, too. Dragnet premiered on NBC on December 16, 1951. Burr played a lead role, that of Deputy Chief Thad Brown. The debut episode, "The Human Bomb," revolved around a man trying to blow up City Hall. For added realism, the production filmed at City Hall in Los Angeles.

Friday asks Brown for a plan to deal with the bomber.

Burr was billed simply as "Ray Burr," befitting his hard-boiled performance. He might have been on more episodes, had it not been for the theater. In her book Raymond Burr: A Film, Radio and Television Biography, Ona L. Hill writes, "Raymond had to leave Dragnet after the first episode was on the air because he was playing Henry VIII in Anne of the Thousand Days."

Had it not been for Henry VIII, Burr might have become a regular fixture on Dragnet. Brown or Mason. Either way, he ended up bringing people to justice in downtown Los Angeles.

Now in the public domain, "The Human Bomb" can be watched on the Internet Archive.

Did you know?1950s1960s
Sgt. Joe Friday never actually said ''Just the facts, ma'am'' on Dragnet
Are you sure you want to delete this comment?
Close

Mike 20 months ago
Fun Fact:
Post Perry Mason, when Raymond Burr was working up Ironside, he said that one of his models for the character was the real Thad Brown, who by that time had become the interim Police Chief of Los Angeles.
Circle of Life, TV style.
Like Reply Delete

jaelinsmith40652 22 months ago
That's a good one Perry Mason made himself appearance in Dragnet 1951-59.
Like Reply Delete

MichaelGreene 22 months ago
Jack Webb had a few personnel problems in the early days of the TV version of Dragnet. The problem with Raymond Burr has been described here. Not too long after the second episode, his co-star Barton Yarborough had a fatal heart attack. Yarborough's immediate replacement was Barney Phillips, who played Sgt. Ed Jacobs. His show voice sounded too much like Webb, so he lasted only one season. Then, the disappearance of Yarborough's character was explained by he having a heart attack. He now had a temporary partner, Officer Frank Smith, played by Herb Ellis. Again, the character seemed too soft spoken, and that character was played by Ben Alexander, and this partner lasted through the run of the original series. When Webb revived the show in 1966, he tried to bring back Ban Alexander as Frank Smith...whether he would have retained his Sergeant title is unknown. In any event, Alexander was on The Felony Squad, and could not get out of the contract. Webb cast Harry Morgan as Officer Bill Gannon for his new partner. Webb still got a nod in for Alexander's character...while questioning the brother of a murder victim, Friday drops a word that he previously had a partner named Smith.
Like Reply Delete

Gravydog316 MichaelGreene 11 months ago
Hey, do you know the story of the feud between Jack Webb & Raymond Burr?
Like Reply Delete

kesa2217 36 months ago
Very young, he did something cowboy. And there's Godzilla.
Like Reply Delete

Lantern 36 months ago
I'm surprised you didn't mention his best-known film role, that of the baddie in "Rear Window". He also played a heavy (no pun intended!) in the final Marx Brothers feature film, "Love Happy". And who can forget his role as the prosecutor in "A Place in the Sun", where during the trial he slammed down an oar on the rowboat, splintering it (the oar) in all directions?
Like Reply Delete