Now Fantasy Island is getting a dark and gritty reboot

A new movie is coming from the people behind 'Get Out' and 'Kick Ass 2.'

Fantasy Island was purgatory. At least in the mind of its star, Ricardo Montalban. While the 1970s television series never fully explained the magic behind its mysterious island, the actor who played Mr. Rourke had his own motivations. Years after Fantasy Island ended, in an interview with the Academy of Television Arts and Sciences, Montalban explained that he envisioned Mr. Rourke as a fallen angel, cast from heaven because of his pride, forever charged with welcoming the newly dead to purgatory. 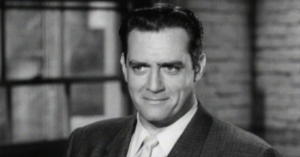 So, there is a darker subtext to the family-friendly, escapist TV show that came from the same mind behind Charlie's Angels and The Love Boat. Perhaps this is the angle that will be amplified in the recently announced movie from Blumhouse Productions, the hitmaking horror studio behind Get Out, The Purge, Insidious and Paranormal Activity.

Kick Ass 2 director Jeff Wadlow, who recently delivered Truth or Dare for Blumhouse, will helm the project, according to The Hollywood Reporter. Presumably, this vision will ramp up the supernatural elements of the premise, which sees people living out their fantasies in a tropical paradise. So it'll be more like Lost then?

Aaron Spelling properties are hot in Hollywood at the moment, as this fresh take on Fantasy Island joins next year's Charlie's Angelsin the production line.

There is no word yet on the cast — or characters, for that matter. Let the Mr. Rourke and Tattoo casting speculation begin.

Jack_1515 35 months ago
The 1998 reboot with Malcom McDowell didn't last long and also tried to focus on some of the elements described in this article.
Like Reply Delete