Where To Watch Shop Store Contact
Home / Stories / 'Magnum, P.I.' and 'Cagney and Lacey' are the latest reboots of '80s hits
NewsReboots That Ferrari has some mileage on it. Thirty years after he left the airwaves, Thomas Magnum is coming back. Late last week, CBS ordered a pilot for a reboot of Magnum, P.I., according to The Hollywood Reporter.

Originally airing from 1980–88, Magnum, P.I. turned its handsome, hirsute star Tom Selleck into an idol. The action series came about in some part due to Hawaii Five-O. When Hawaii Five-O wrapped in the spring of 1980, something needed to be done with the production facilities at Diamond Head. The network thought, why not create a new series set in Hawaii? Thus, Magnum, P.I. moved into the studio, kicking off in the fall of 1980.

That was not the only connection between the two popular detective shows. In episode six, "Skin Deep," Magnum identifies himself as "McGarrett of Five-O." So, yes, Magnum knew of Steve McGarrett, putting these characters in the same fictional world. In fact, Magnum producers trying to get Jack Lord to cameo on the '80s action show, but he turned down the offer. 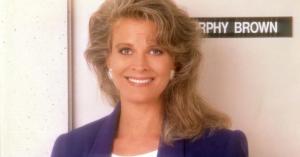 The upcoming Magnum reboot can similarly thank the success of the Hawaii Five-0 reboot for its existence. Hawaii Five-0's creative team of Peter M. Lenkov and Eric Guggenheim will write the script and executive produce the comeback. We can only hope and assume there will be a mustache.

Tom Selleck continues to be a ratings earning for CBS, as his Blue Bloods now runs in its eighth season. He is not attached to the reboot, but it stands to reason that the two shows, or the star himself, could somehow cross over.

This is also not the first attempt at a Magnum, P.I. reboot. Last year, ABC took a stab at a sequel series pilot, centering around Magnum's daughter, co-produced by Eva Longoria. There were also rumors in 2017 that a CBS reboot planned to change the character of Jonathan Quayle Higgins III — better known just as Higgins — into Juliet Higgins. The original role won actor John Hillerman both a Golden Globes Award in 1982 and an Emmy in 1987.

While particulars of the casting and plot are not yet known, we do know that Magnum will be joined by some other '80s heroes. CBS has also ordered a pilot for a Cagney and Lacey reboot. Like the original, which ran from 1982–88, the upcoming series will center around two female police detectives. Only, this time they will reportedly be working in Los Angeles, not New York City. Tyne Daly and Sharon Gless played the characters in the original. There is no futher information on casting the new duo, but the show is part of the network's push to get more women both in front of and behind the camera.

If the two new pilots make it to air, they will join successful reboots of MacGyver (also developed by Peter M. Lenkov) and the aforementioned Hawaii Five-0. Not to mention reboots of The Greatest American Hero, Charmed, Murphy Brown which were also recently reported.