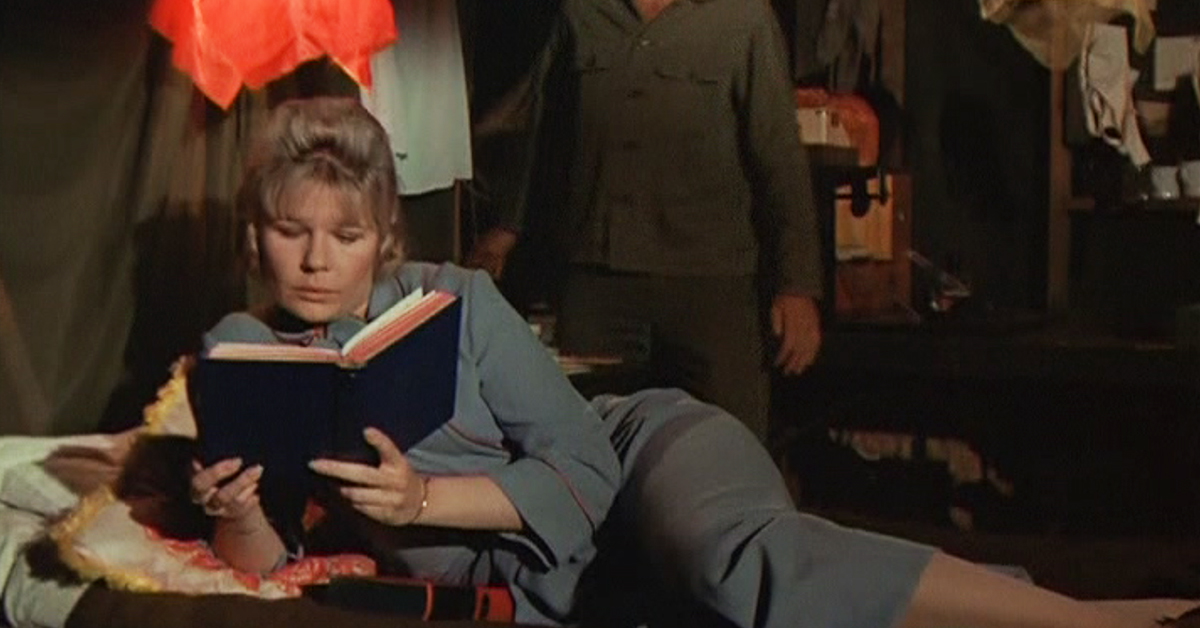 Throughout the 1970s, M*A*S*H rose through the ratings to become one of the most definitive shows of all time.

The smart writing, expert cast and real-life subject of war helped the series become a relatable fan-favorite. By the time the show ended in 1983, it ranked as one of the top three shows on television. The series finale, "Goodbye, Farewell and Amen," had 125 million viewers.

That popularity hasn't waned over the years.

In fact, Loretta Swit recently admitted in an interview with Fox News that she still receives fan mail for her portrayal of Margaret "Hot Lips" Houlihan.

The 79-year-old actress remembers one letter that affected her the most.

"This one elderly gentleman wrote to me and said, 'Miss Swit, you're in big trouble. I'm in the hospital with stiches that split open because I was laughing at you so hard,'" Swit said.

Swit credits the show's lasting success to the bond it created with its audience. Like other popular, family-friendly sitcoms such as Gilligan's Island and The Brady Bunch, M*A*S*H has been passed down from generation to generation, entering the homes of millions.

Another bond that hasn't been broken over the years is the one between the cast members.

"We might as well be joined at the hip," Swit joked. "We see each other quite frequently…. These aren't casual acquaintances from years ago. This is my family."

"Every time we lose a comrade, it's a body blow. We feel it harshly, badly," Swit adds, no doubt referencing the deaths of William Christopher in 2016 and Wayne Rogers in 2015.

Unlike many actors who like to distance themselves from their most famous roles, Swit cherishes any opportunity to talk about M*A*S*H and her character on the show.

"The character was ambitious," Swit said. "She's very strong, very passionate…. She had a passion for life and saving life."

Despite lasting 11 seasons, the actress never became bored with her fearless character or the series.

"We kept growing and changing," Swit recalled. "The producers never tried to replace a character. They brought in a new one instead, so it was like a shot of adrenaline."

Today, Swit has put aside acting to focus on painting. She recently released a collection of her work called SWITHEART, with proceeds going towards animal welfare programs.