It's the Christmas special that made us all cry. 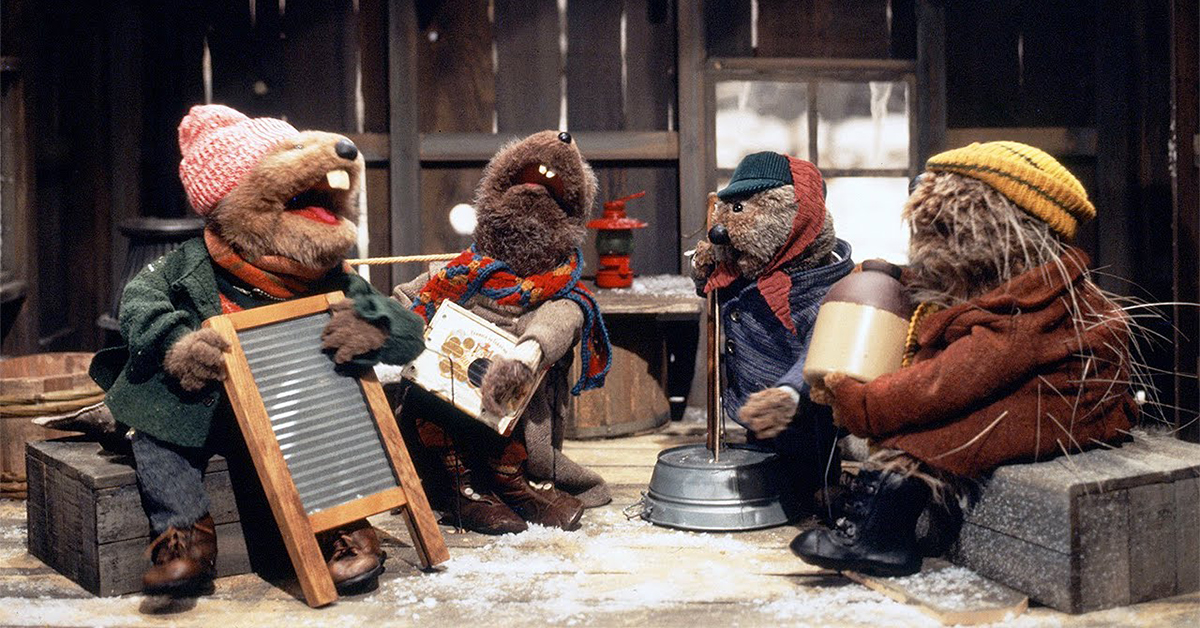 Every once in a while, a Christmas special comes along and instantly becomes a classic. No, we're not talking about Rudolph the Red-Nosed Reindeer or Frosty the Snowman this time. We're talking about Emmet Otter's Jug-Band Christmas.

The special, about a poor otter and his mother trying to find a way to pay for Christmas, was directed by Jim Henson and premiered on HBO in 1978. Two years later, it made its broadcast television premiered on ABC.

The special has everything a Jim Henson special should have — heart, soul and a whole lot of uplifting music.

The film opens with the mother and son rowing down the river singing "The Bathing Suit That Grandma Otter Wore." The song's reminiscent of Dolly Parton's "Coat of Many Colors," a song about living in poverty and using what you have to make something greater.

Christmas is only a few days away, but Alice and Emmet don't have any money to celebrate. All they have is each other.

"There go two of the nicest folk on the river," says Doc Bullfrog, as they pass him in their boat.

Alice and Emmet run some errands downtown when they stop by a guitar store. Emmet is entranced by a guitar with a mother of pearl enlace, but it's $40. There's no way the family could afford that.

Here we see the River Bottom Gang making a ruckus inside the shop. The owner can't believe what's happening, as they overrun the store by forming an impromptu rock band. It's clear the gang is up to no good.

The next day, Emmet and Alice separately learn about a Christmas talent show. Both are skeptical of their singing abilities, but the grand prize of $50 is too great to pass up! 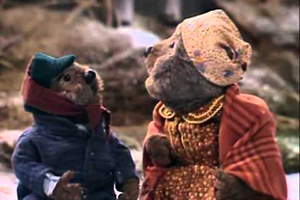 But in order to perform in the talent show, Emmet and Alice have to make sacrifices that would hurt the other person. Emmet decides to put a hole in his mom's washtub to make a washtub bass for the jug band, while Alice decides to sell her late husband's tool set to make a dress for the show.

At first, the mother and son are unsure if it's the right thing to do. But after a rousing rendition of "When the River Meets the Sea," they come to the conclusion that the sacrifice is worth it.

Before we know it, the talent show is underway. Underwhelming opening acts ensure either Alice or Emmet's jug band will win. That is, until a last minute entry closes out the show. You guessed it, the River Bottom Gang is back.

We won't spoil the ending for you guys, but prepare to be heartbroken if you haven't seen it.

Do you remember watching this special? More importantly, did you cry at the reprise of "When the River Meets the Sea"?

BarneysDogBlue 19 months ago
We watched it as a family this year for the very first time, and absolutely loved it! Thanks for highlighting this hidden gem that many people don’t know about, it’s a great family Christmas special for everyone
Like Reply Delete