The kids are all grown up! 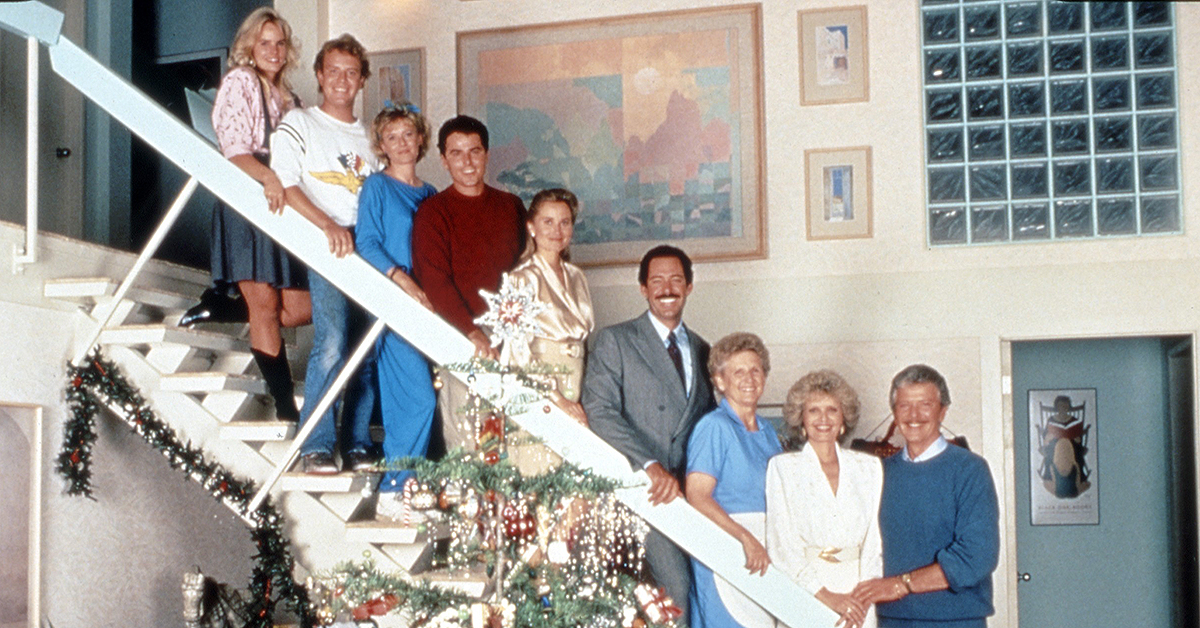 Here's the story of a TV special from Christmas past that will make you miss your family this holiday season.

In the 1980s, the cast of The Brady Bunch reunited for the made-for-TV movie, A Very Brady Christmas, giving us a glimpse of Christmas future as it relates to the original series.

In the special, Mike and Carol find themselves empty nesters. The kids have all grown up, which leaves the couple with loads of free time. One night, Alice comes back to the home after Sam leaves her for a younger woman. (How could he?!)

In the meantime, Mike and Carol want to buy each other a trip to either Greece or Japan, but they can't decide where to go.

Because a Christmas special wouldn't be complete without flashbacks, Mike, Carol and Alice reminisce about the trips they've taken in the past, including the camping trip from season one, to determine where they should go.

The memories make the couple come to a decision. Instead of buying each other gifts, they're going to spend the money on airline tickets to get the whole family together again!

At the same time, there's a dispute between Mike and Ted Roberts, the man in charge of one of his buildings. Mike wants Ted to consider making structural modifications, but it already meets safety codes. Carol is caught in the middle because Ted is one of her clients (remember, she's a real estate agent now). Talk about a damper on the holiday season.

All of the children have reservations about coming home, and we get a little background about what they've been up to. Marcia's husband was laid off, Jan is separating from her husband and Cindy (played by Jennifer Runyon, filling in for Susan Olsen) wants one last chance at freedom before graduating college.

When it comes to the boys, Greg's wife wants to celebrate with her side this year, Peter doesn't want to introduce his girlfriend to the family because she's his boss and Bobby dropped out of graduate school to purse his dream of becoming a racecar driver. In classic Brady fashion, there's always a hint of drama involved.

Despite the tension, the kids arrive in a super '80s montage sequence, complete with Alice picking up each kid from the airport and a saxophone solo. Finally, all the kids arrive and the Bradys are ready to celebrate a peaceful and heartwarming Christmas. They even break out into song three different times!

But, of course, things never go as planned when it comes to the Bradys. In the midst of all the yuletide cheer, the kids struggle to hide what's really going on in their private lives. Of course, the situation with the construction project comes into play as well. That's all we'll give away for now.

Do you remember watching this special? We must say, it's true to the original television show. Not to mention, it's fun to see the kids all grown up.

You can catch this classic Christmas special during A Very Merry MeTV, Sunday, Dec. 11 at 3PM | 2C.

In the meantime, here are a few moments of Alice doing the most "Alice" things. Remember, she doesn't work for the Bradys anymore.