8 facts about 'Frosty the Snowman' that will melt your heart

Karen's voice has been updated since the special originally aired. 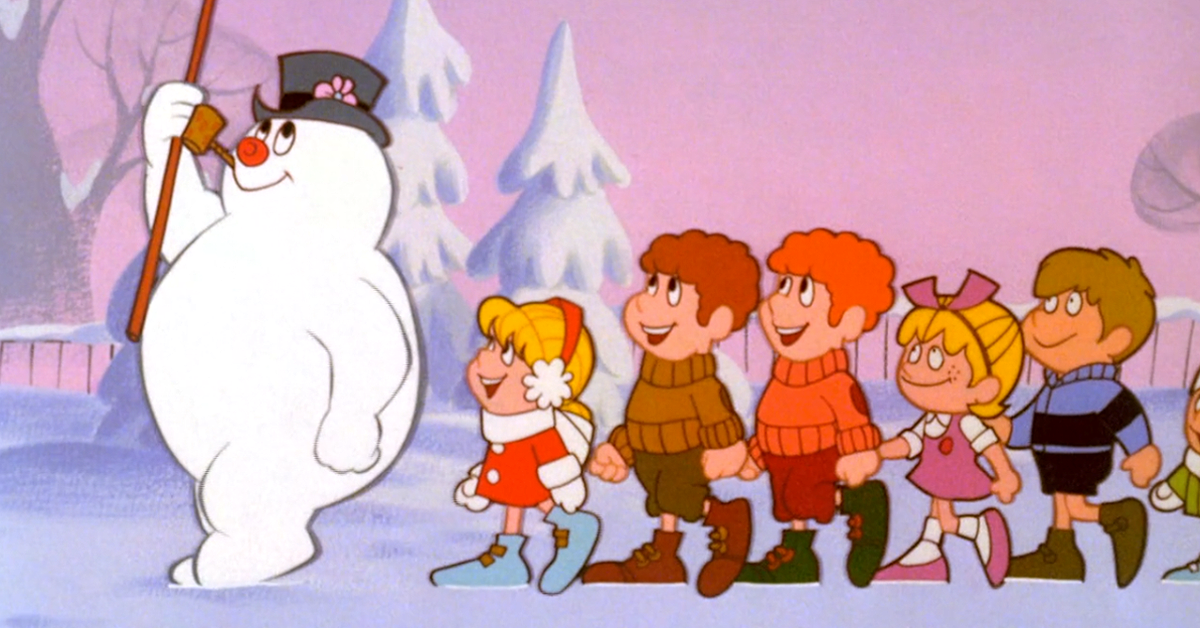 What would the Christmas season be without this jolly, happy soul appearing on our TV screen? For so many of us, watching Frosty the Snowman has become a holiday tradition.

Although it's almost 50 years old, there's still so much to learn about this classic special. Take a look.

1. The song was a response to "Rudolph the Red-Nosed Reindeer."

To capitalize on the success of Gene Autry's classic 1949 Christmas tune, songwriters Jack Rollins and Steve Nelson wrote "Frosty the Snowman" the following year. Autry also lent his vocals to the new song, although it never matched the success of "Rudolph the Red-Nosed Reindeer."

2. Frosty and Rudolph are related. 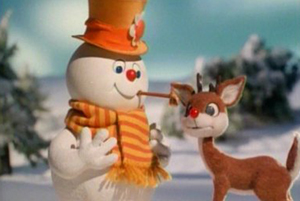 Although the animation style is different, Frosty the Snowman was produced by the same company that made Rudolph the Red-Nosed Reindeer. Rankin/Bass Productions also made classics like The Little Drummer Boy, Santa Claus Is Comin' to Town and The Year without a Santa Claus.

Just like Rudolph the Red-Nosed Reindeer, the animation for Frosty the Snowman was created in Japan by Mushi Production. One of the animators, Osamu Dezaki, also worked on the production of Astro Boy and Rainbow Brite. 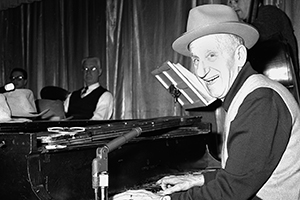 Durante narrated the Christmas special, which has aired every year since its debut in 1969. Durante suffered a stroke in 1972 and passed away in 1980.

5. The special was modeled after a greeting card. 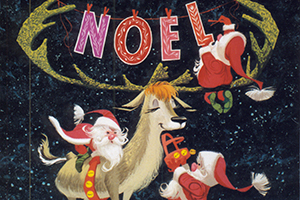 Directors Arthur Rankin, Jr., and Jules Bass wanted the Christmas special to look like a greeting card. In order to achieve the look they wanted, they commissioned greeting card artist Paul Coker, Jr., to do the background and character drawings.

June Foray was the original voice of Karen during the special's first few airings in the early 1970s. However, an unknown actress replaced Foray's voice for subsequent broadcasts. Foray was also the voice of Cindy Lou Who on How the Grinch Stole Christmas!

We bet you never noticed this continuity error. Frosty usually has four fingers, except for one quick moment when he tries counting. Conveniently, Frosty has five fingers when he counts to five. You can see it in the video below around the 48-second mark. 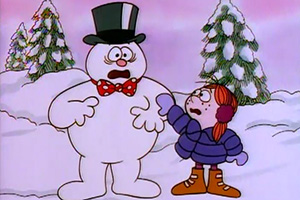 Frosty Returns is generally broadcast every year after Frosty the Snowman, but it's definitely not a sequel. Rankin/Bass didn't produce the newer special; the voice actors are different; Frosty can live without his hat. Also, it doesn't mention anything about Christmas.

Rudolph and Hermey were neighbors in real life! READ MORE