Vermeer could never have imagined 'Girl with Bulletproof Bracelets.' 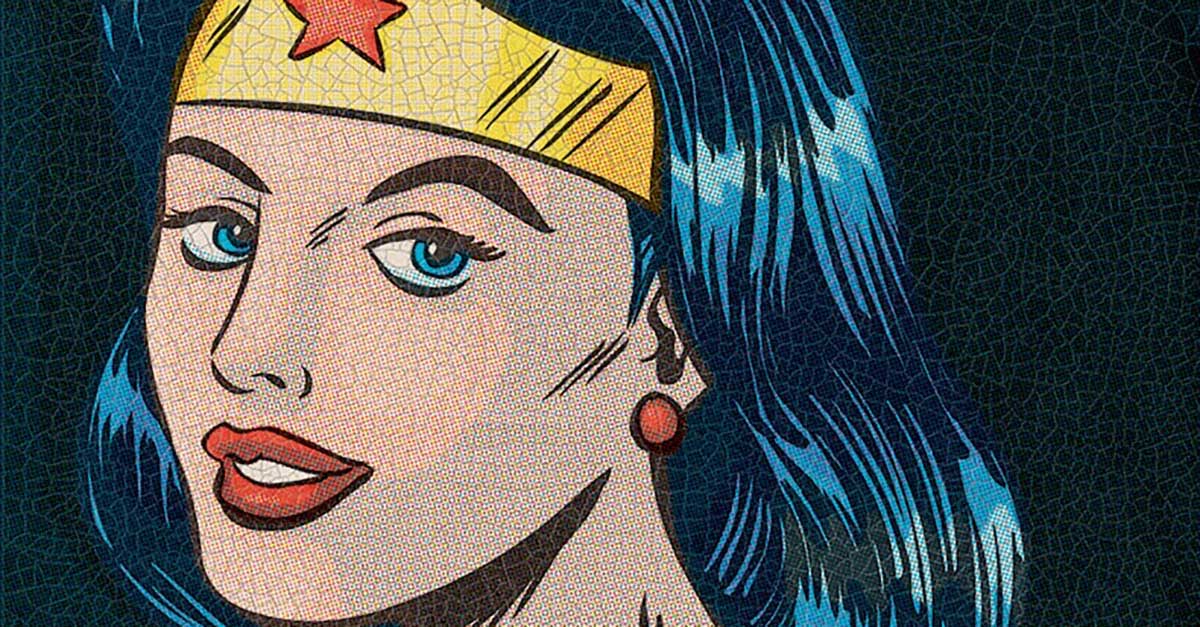 We've always considered Wonder Woman a classic work of art, but now a group of talented illustrators has taken the notion literally. The website Comic Book Resources has a regular feature titled Line It Is Drawn. First, a theme is selected — in this case, DC Comics' iconic Amazonian invading famous works of art.

In honor of Wonder Woman’s 75th Anniversary, work Wonder Woman into famous comic book covers, album covers, paintings or any other piece of famous artwork, they asked. Readers then suggested ideas over Twitter, and artists were commissioned to bring them to life. For example, up top you can see Brendan Tobin turning Wonder Woman into Vemeer's Girl with a Pearl Earring.

We absolutely adored the results of CBR's Wonder Woman challenge. Here are some of our favorites. Like what you see? Visit the page for the full images, and follow the links to the artists' sites for more work. Check out the Line It Is Drawn page for more cool images.

Magritte's The Son of Man 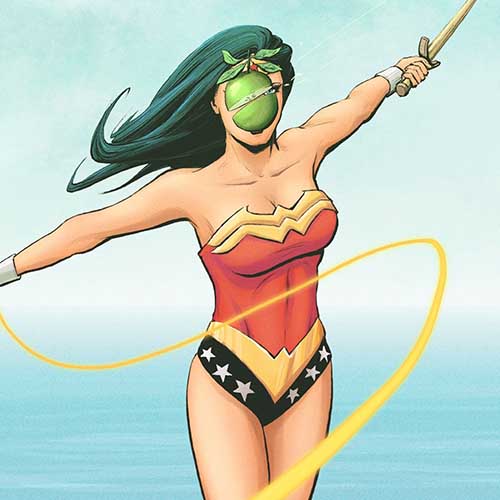 J. Howard Miller's We Can Do It! (Rosie the Riveter)

Gene Guilmette transformed the WWII poster. This one would have worked just as well back then, come to think of it. 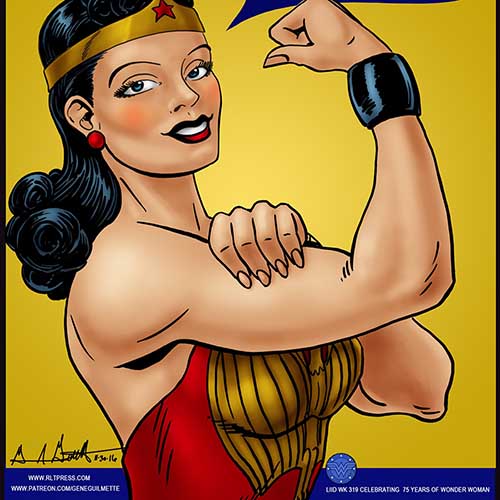 Pablo Picasso's Girl Before a Mirror

Nick Perks proved that Diana Prince is just as stunning in cubism. 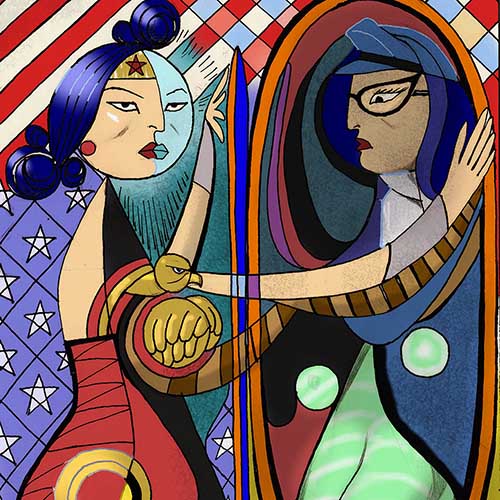 Nick Perks showed off his range with another awesome piece, The Last Supper with the Justice League. 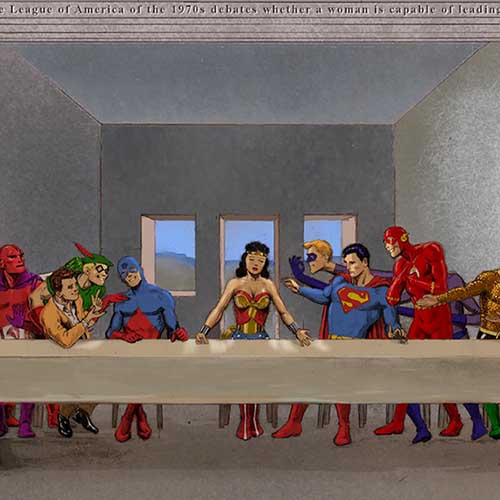