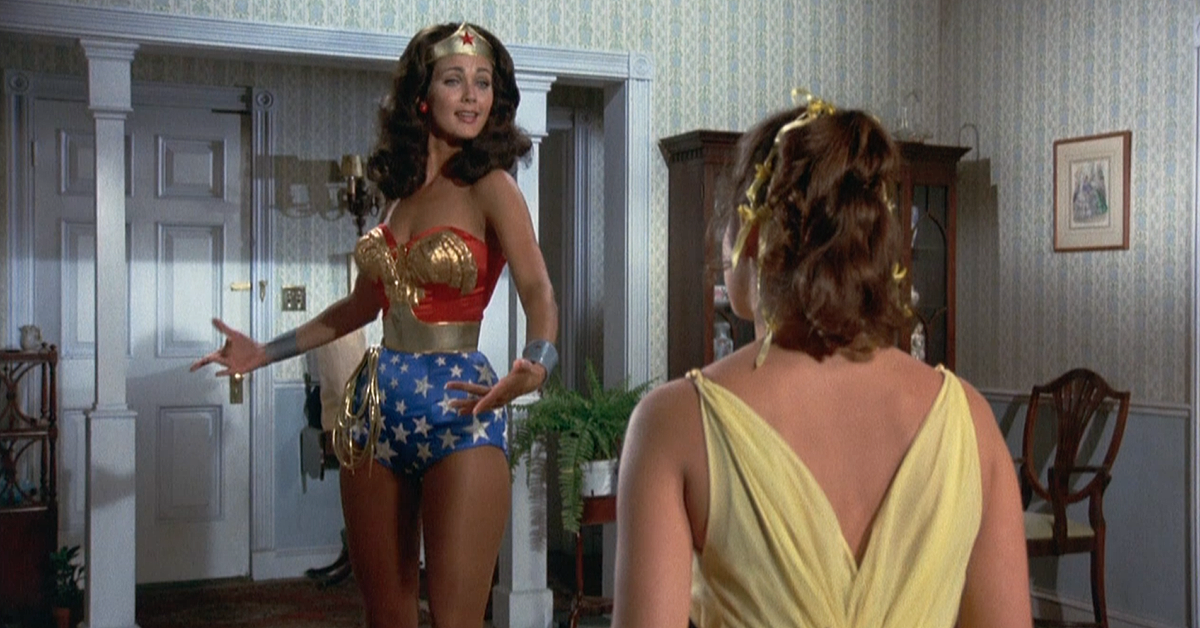 Many iconic shows and movies have certain props or costumes that are a part of American history. For instance, Archie Bunker's chair from All in the Family, Dorothy's ruby slippers from The Wizard of Oz and even Kermit the Frog himself are on display at the National Museum of American History in Washington, D.C.

As we've mentioned before, Diana Prince was rocking some seriously amazing looks during the last two seasons of Wonder Woman. But if there's one look from the entire series that people identify with Lynda Carter and Wonder Woman, it's the superhero's original uniform.

The red, blue and gold getup symbolizes heroism, courage, patriotism and strength. You would think a costume so iconic would be on display at a museum or in a collection. That is not the case.

Carter recently revealed to Fox News Magazine she kept one of the original costumes from the show's first season and one from the second season.

"I happen to have one of the costumes from the [first season's] '40s [era] and one of them from the updated version, and they're falling apart in a closet somewhere," Carter laughed.

Say what, Lynda?! Someone call the Smithsonian so they can gain custody of these pop culture treasures!

Despite being best known for a 40-year-old television series, Carter says she doesn't tire of the recognition.

"There is some visceral identity that people have with the character that I played, because they went into their backyards and they pretended to be her," said Carter. "We share that goddess within, maybe, and I enjoy hearing those stories."

See Also: Lynda Carter is going to play the President on 'Supergirl'

Carter has plenty more stories to tell, too. The actress recently inked a deal to appear in the CW's Supergirl as the president of the United States.

You can catch the entire interview in the video below.

What Lynda Carter Thinks of the Upcoming 'Wonder Woman' Movie