Where To Watch Shop Store Contact
Home / Stories / How a 'Star Trek' spacesuit ended up on Robin Williams and 'Happy Days'
Did you know?

It's a small world. Or should we say "Nanu-universe." 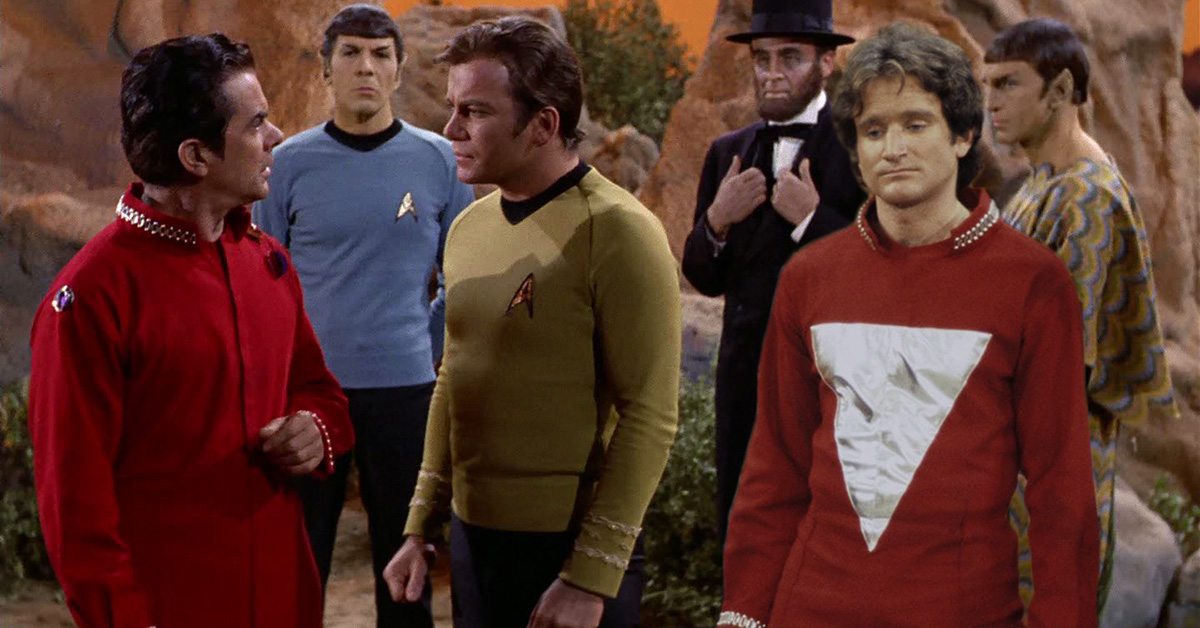 In the fifth season of Happy Days, a mere 19 episodes after Fonzie jumped the shark, the series introduced live-wire Robin Williams and his character Mork to the world. The guest role was meant to be a one-off episode. So the production simply went into the Paramount wardrobe department and grabbed a cool looking spacesuit for Mork to sport in the segment.

Any keen-eyed Trekkie watching the sitcom in 1978 might have recognized the outfit. Mork's red Orkan flight suit was the same one worn by actor Phillip Pine as warlord Colonel Green from 21st century earth.

All they did was slap a silver triangle on his chest and — viola! — Mork from Ork. Yet Mork & Mindy's raid on the Star Trek wardrobe department did not stop there. 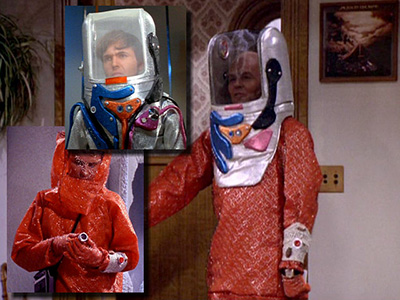 Two other costumes from Star Trek: The Original Series ended up on the 1980s comedy, in a mishmash of helmet and jumpsuit. Spock's red environmental suit from "The Naked Time" combined with a groovy silver, blue, orange and pink helmet from "The Tholian Web" to turn Mindy's father into a true space cadet, as you can see on the right.

In another case of recycling, Mork's silver flight helmet was originally made for the classic science fiction anotholgy The Outer Limits. And how is this for six degrees of separation? Star Trek associate producer Bob Justman previously worked on The Outer Limits, and the 1964 episode featuring Mork's headgear, "Soldier," starred Micheal Ansara, who would later become the iconic Klingon Kang.

One more tie to Trek: "Soldier" was written by Harlan Ellison, who wrote the classic Trek favorite "City on the Edge of Forever." Television production truly is a small universe.

See Also: 7 reused props on television that will make you do a double take