Where To Watch Shop Store Contact
Home / Stories / Here's the weapon Kirk and Spock should have used on Star Trek
Did you know?

The original Enterprise crew did not have a phaser rifle. So one man built a perfect replica for himself. 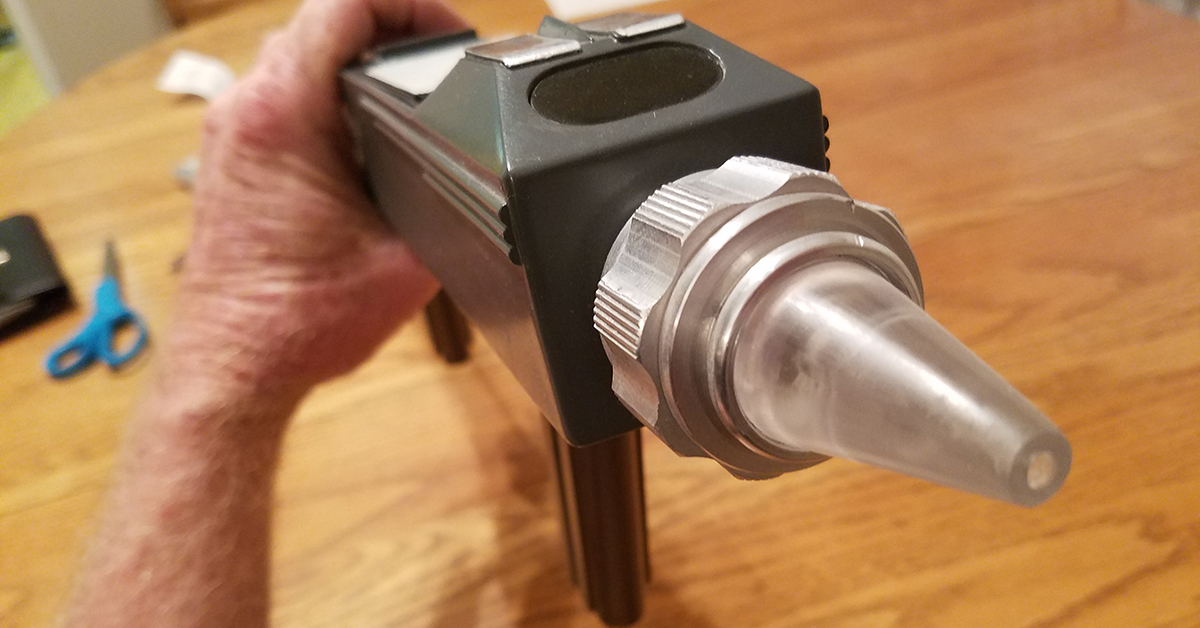 Scott Brodeen is a master model-maker. Years ago, he crafted an exquisitely detailed miniature of the Nautilus submarine seen in Walt Disney's 20,000 Leagues Under the Sea. The thing was perfect, right down to the tiny rivets. With that attention to detail, and his deep understanding of Star Trek lore, Brodeen recently set about to create not a replica, but a "What If?" prop. He wanted to build the phaser rifle that Kirk and Spock should have carried on The Original Series — had the show had the time or budget to produce them. 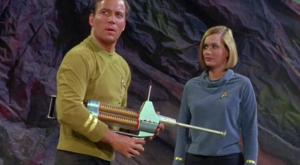 The DNA of the phaser rifle dates back to the rifle that Kirk wields "Where No Man Has Gone Before," the second pilot episode produced for Star Trek. That big blaster was built by the same man who designed Napoleon Solo's nifty gun in The Man from U.N.C.L.E. It was certainly a cool weapon, yet it was never used again? The simple reason was money. The prop was too expensive to produce in quantity. (Check out the story to the right for more info.)

Later Star Trek series, like The Next Generation and Voyager, at last armed their crews with heavy phaser rifles. The modern reboot film also show Chris Pine's Captain Kirk zapping baddies with one.

So Brodeen decided to reverse engineer a period-appropriate Original Series phaser rifle, one that would work in harmony with the other props of the show.

Unlike the smaller, handheld phasers seen on the show, this design incorporates a built-in Tricorder control system to control the power of the phaser rifle.

In the episode "Devil In The Dark," miners on Janus VI lament the ineffective hand phasers. Theyare thrilled that the "Horta" creature is great at tunneling through solid rock.

With Brodeen's phaser rifle, the Federation corps of engineers would have had no problem setting the side controls, like the Tricorder, to tunnel an exact distance to find dilithium — or to take out a door and perform a rescue.

Having worked on many Trek series weapons, Brodeen finally has given us Trekkers the phaser rifle we all wanted to see.

Take a closer look as this wonderful, unofficial prop. 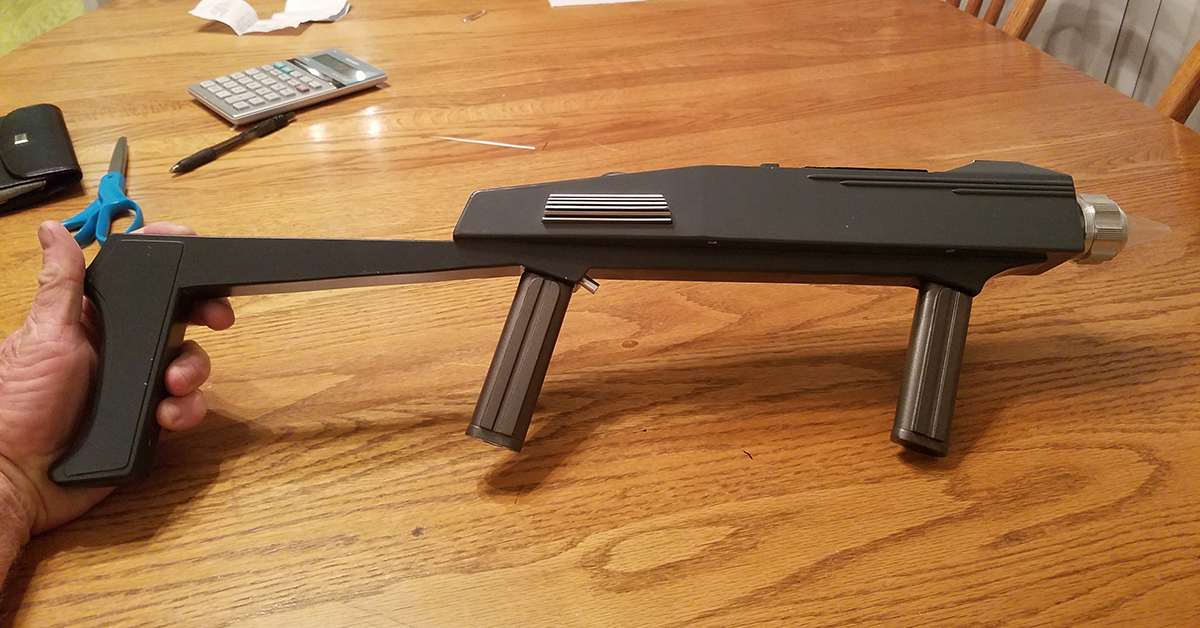 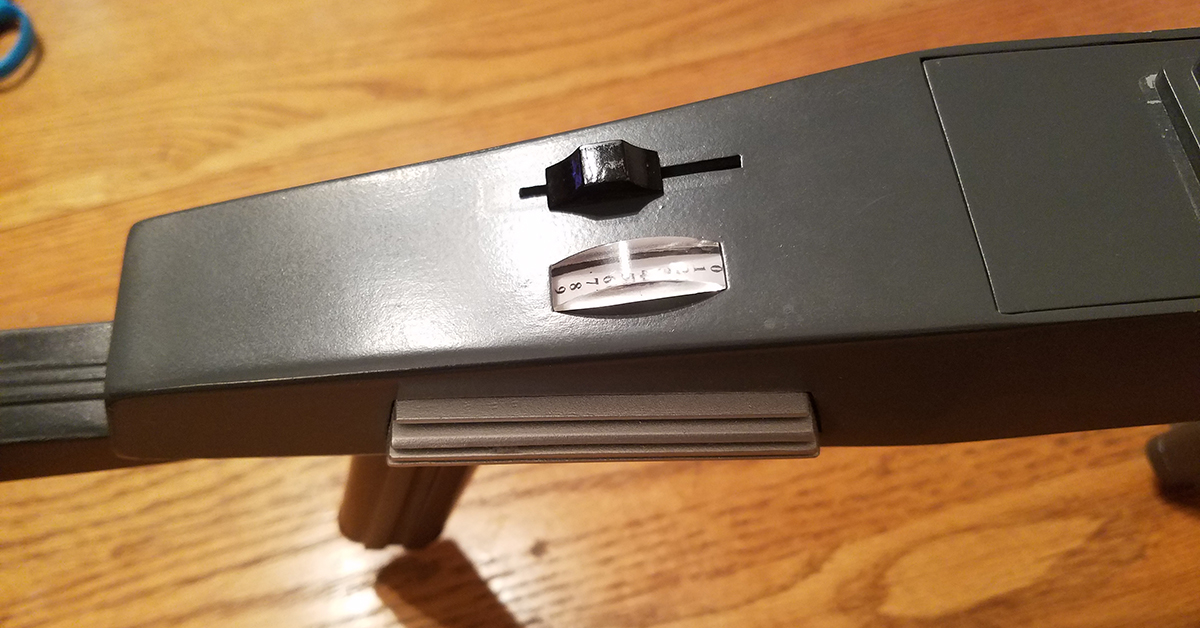 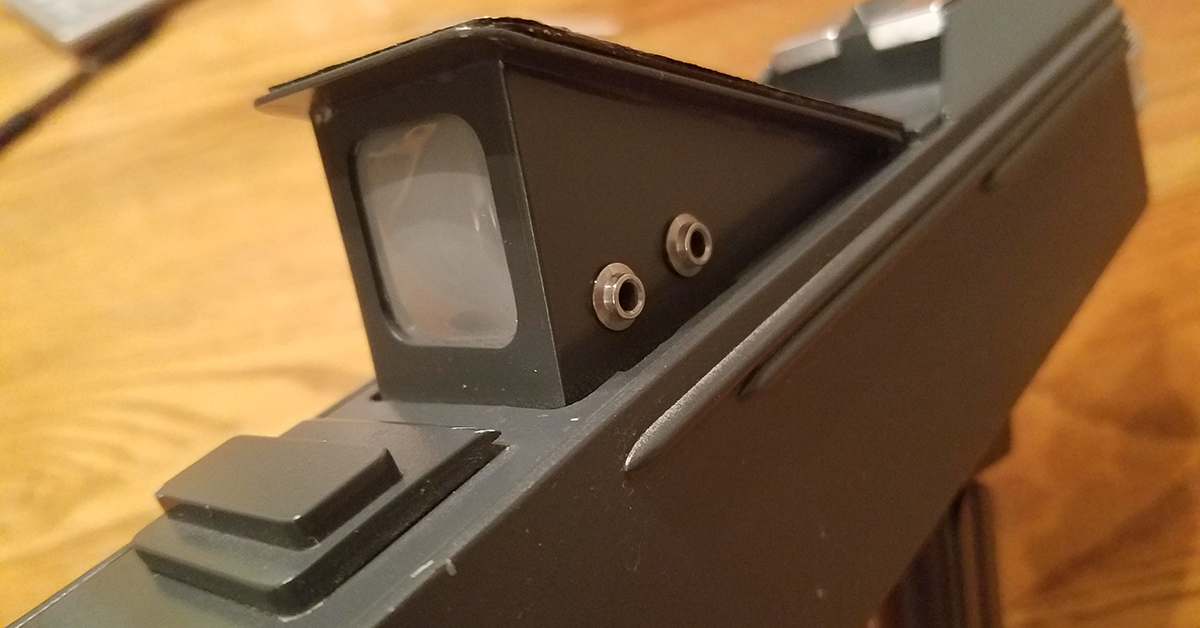