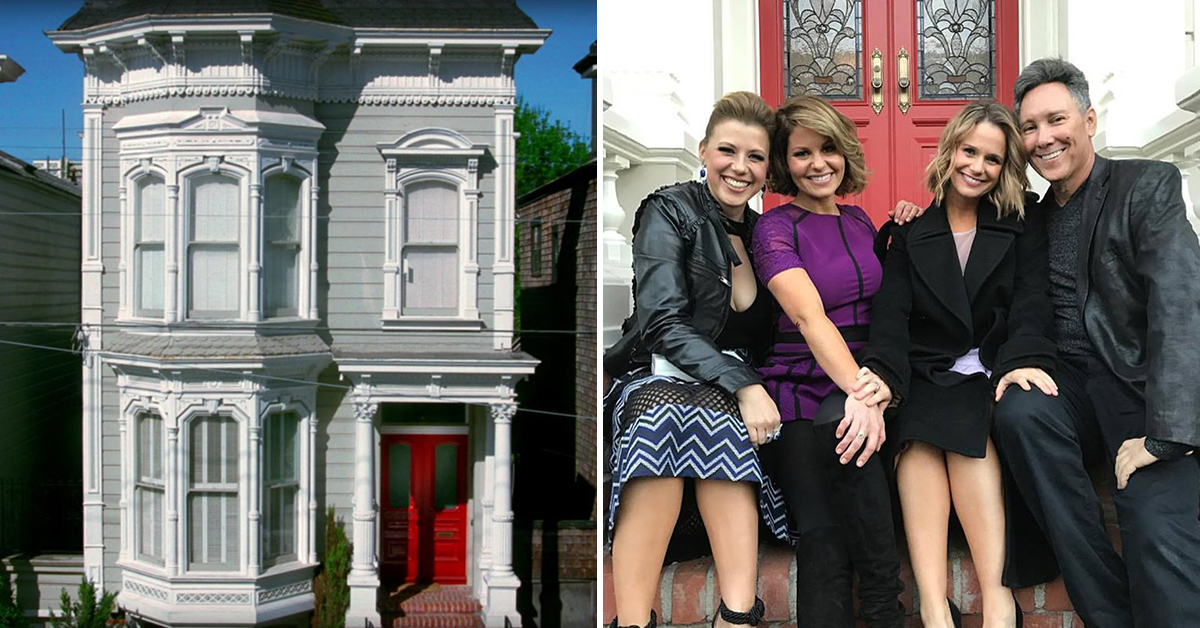 Last week, we told you that the creator of Full House purchased the iconic Victorian home used in the series.

After a few months on the market, Jeff Franklin bought the San Francisco property for $4.1 million. One of the first things he did was paint front door red, similar to how it appears in the show's opening credits.

But it looks like that's not all Jeff Franklin is doing to tie the three-bedroom home back to the '90s sitcom.

See Also: The creator of 'Full House' buys the home used in the sitcom

Over the weekend, some cast members visited the home to greet fans and sign autographs.

NBC Bay Area was on the scene as Bob Saget, Dave Coulier, Candace Cameron Bure, Jodie Sweetin and Andrea Barber imprinted their hands in blocks of concrete to display on the sidewalk in front of the home.

Franklin originally said he bought the home because he felt close to it. But now he has a lot more on his mind.

"We want to come back here, we want to shoot new stock footage for [Fuller House]," the creator told NBC Bay Area. "We might bring the cast back up here some day and do a little scene of them leaving the house."

While fans may be happy about the home's return to the public eye, the neighbors are not.

"It's not pleasant to live here with all of this going on," one neighbor told ABC 7 News in San Francisco.

Other famous TV homes, such as the ones used on The Brady Bunch and The Mary Tyler Moore Show, have been disguised in recent years to deter fans from taking photos and disturbing the peace.

Despite the commotion this weekend, Franklin says he intends to rent out the home when filming is finished.