Where To Watch Shop Store Contact
Home / Stories / Everything you didn't know about M*A*S*H's invisible man ''Captain Tuttle''
did you know?

"Tuttle" actually revealed one character otherwise unseen on the show.

There's an episode in the first season of M*A*S*H that you can mention to make any fan of the show instantly smile.

It's called "Tuttle," and in it, Hawkeye introduced us to his imaginary friend who he called Tuttle, explaining that Tuttle was the name he tossed around any time he got in trouble growing up. Who knocked over the garbage cans? Tuttle. Who wet the bed? Tuttle. It's only natural then, Hawkeye explains to Trapper John, when he enlisted in the Army, Tuttle came along, too. "In case you wet the cot?" Trapper jokes, and Hawkeye nods, "Exactly!"

The entire episode extends this childhood joke, giving Hawkeye a scapegoat to point to when he needs to shift attention away from himself in this invisible Captain Tuttle, who only becomes a problem when things escalate to the point of Captain Tuttle being expected to physically report for duty.

The humor of this invisible character carries every scene, as you can see in the video above. And at the end of the show, out of respect for the integrity of this imaginary character, the writers even included a crazy credit billing "Captain Tuttle as Himself." He's perhaps the most mythical character on a show that put family, friends and fellow soldiers on the fringe and out of sight for many of its emotional plots.

But in reality, Captain Tuttle was a character in the mind of M*A*S*H creator Larry Gelbart before he even started the series. In the book TV's M*A*S*H: The Ultimate Guidebook, Gelbart explained how a play he saw on TV one night in London inspired the episode:

"Some pre-M*A*S*H years ago, while still living in London, I saw a marvelous program on the BBC. It was an English adaptation of a French play; its English title (or should that be Tuttle?) was 'Lieutenant Tenant.'

"It was the story of a lowly private in the Russian army in Napoleonic times, who volunteered to act as an officer's clerk, even though the private was barely literate. He just wanted to be able to work in a cozy, warm office instead of being out in the freezing cold.

"The first time he was required to take dictation from the officer, the private, a pen in his totally (or should that be tuttaly?) inexperienced hand, he was in trouble. The officer, writing to another officer, began his dictation, 'My dear Lieutenant...' The Private, repeating the word out loud, as he slowly tried to write, 'Lieu-ten-ant,' making the officer impatient, prompting the private to go write faster, he repeated the last two-thirds of the name, 'Ten-ant.'

"The result was the private started the salutation by writing, 'My Dear Lieutenant Tenant.' The letter was sent out to a totally fictitious officer. What happened next, you can guess, I was so taken with the idea of the play, I checked into its availability for an American adaptation. Other ideas and events intervened, and I never got around to doing one. And then, along came M*A*S*H." 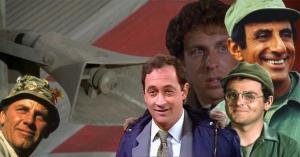 These are the actors who made P.A. announcements on M*A*S*H

In the book, Gelbart went into further detail on how his own life filled in many details of Tuttle's "life," including giving Tuttle the names of his own parents, Harry and Frieda. Gelbart said, "Captain Jonathan Tuttle, born in 1924, of proud parents Harry and Frieda Tuttle... the names of my mother and father (except for the Tuttle part)."

In case you're wondering, Larry Gelbart was born in 1928, so he did not give Tuttle his birth year, but instead made him a sort of older sibling factually. However, Gelbart did confirm he gave Tuttle his real Army serial number, used on the show as 39729966. Gelbart noted that he also gave the same exact serial number to B.J. Hunnicutt later on down the road (so if you wanted to think of B.J. as Hawkeye's imaginary friend come to life, you wouldn't be exactly wrong, at least not by their Army I.D. numbers).

While we're being so careful looking into the details of M*A*S*H on this episode centered on an invisible character, we also thought it would be appropriate to mention that "Tuttle" is a significant episode of the series for other reasons that some fans have already noted.

One of the show's "unseen" characters only appears in this single episode: Sparky, the clerk of communications who Radar and Klinger often talk to on the M*A*S*H phone line. Dennis Fimple played him in the episode, and even filled out a little more about his character, including his last name and rank: Sergeant "Sparky" Pryor. 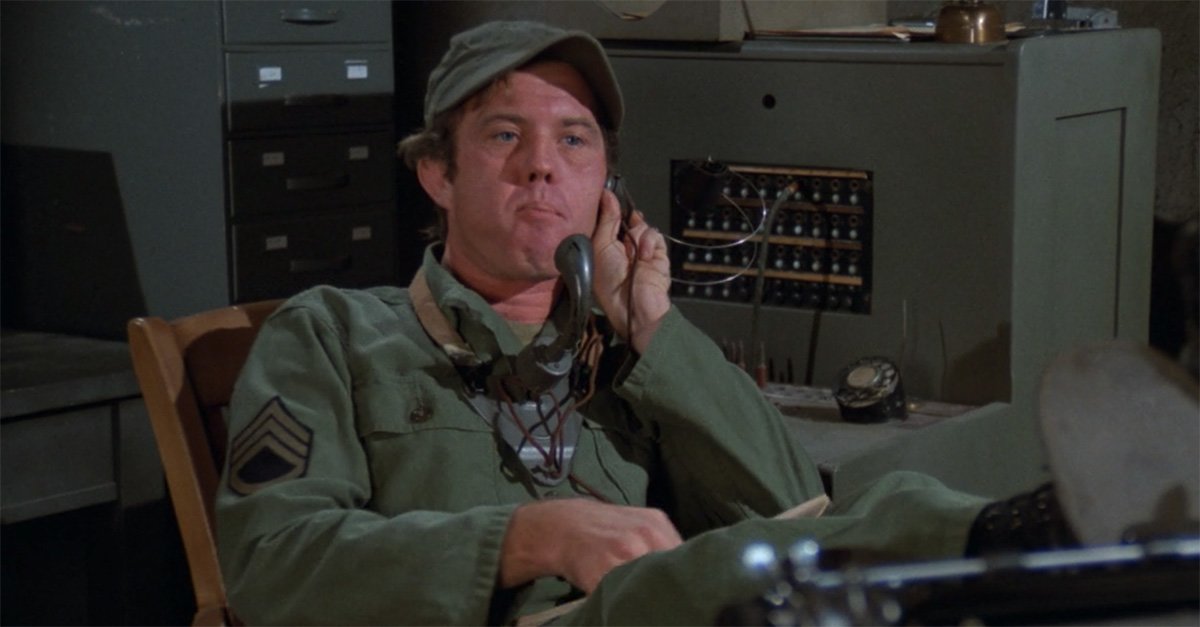 So while the episode focused on an invisible man, the show actually revealed one character we otherwise never saw on the show.

Zoshchenko 39 months ago
The original story was "Lieutenant Kizh" by Yuriy Tynyanov. A clerk makes a mistake writing out a promotion order, but rather than fix it, he invents a new officer. Sometimes appears in translation as "Lieutenant Salso."
Like Reply Delete

Or drag a file here to upload
WILD 40 months ago
I wonder if Lieutenant Tenant's first name was Louis?
Like Reply Delete

ChuckJohnson WILD 6 months ago
If it was a British play, wouldn't it have been Lefttenant?
Like Reply Delete

ChuckJohnson 40 months ago
Invisible characters have been a lot of fun over the years. Vera Petersen, Maris Crane, Carlton the doorman, Charlie Townsend, ...
Like Reply Delete

Otto ChuckJohnson 39 months ago
Although Carlton did appear a couple of times (once holding a door that blocked him from view) and later got an animated spin off, which didn’t get picked up.
Like Reply Delete

Martin 40 months ago
Seinfeld had a similar episode when a case of mistaken identity created a mythical co worker for Elaine name Suze.
Like Reply Delete

stephaniestavropoulos Martin 40 months ago
Let us not forget Jan's boyfriend, George Glass. Or Diane from Twin Peaks, Sarah the telephone operator, Juanita from The Bluebird Cafe {both from The Andy Griffith Show,} and Lars Lindstrom [Phyllis' husband,] from MTM.
Like Reply Delete