These are the actors who made P.A. announcements on M*A*S*H 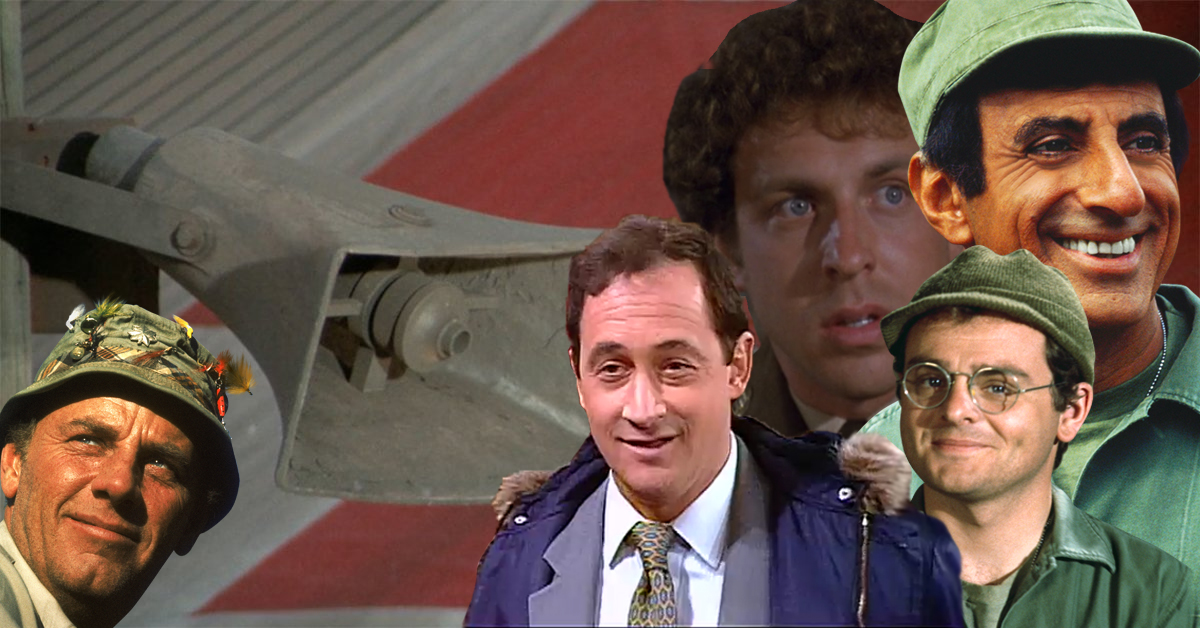 "Incoming wounded," the P.A. system often announced on M*A*S*H, or maybe "One minute to Charlie." These alerts served as a perfect transition device on a groundbreaking show that often shifted between tense and hilarious scenes. However, the P.A. wasn't always broadcasting an alert. Depending on who was on the mic, sometimes the P.A. painted a soothing picture, announced a party or cracked a joke.

For many M*A*S*H fans, a lingering question remains in the back of their brains when the P.A. sounds. "Who is the voice making these announcements?" Considered an unseen character, the M*A*S*H announcer adds a little bit of mystique to the 4077th camp, but for attentive listeners, you likely deduced it wasn't just one actor behind the mic of the P.A.

On M*A*S*H, at least three cast members can be heard making announcements over the P.A., starting right in the pilot episode, where Jamie Farr does all the announcements before we ever see Maxwell Klinger onscreen. The first M*A*S*H episode even ends with Farr introducing the whole cast over the P.A. and using their real names:

Klinger would later also hop on the P.A. in the episodes "Father's Day" ("Attention Major Houlihan. Last call for Major Houlihan. You have a phone call. Oh by the way, it's your father!") and "Operation Friendship," ("Paging Charles Emerson Winchester the living. This is your saviour speaking. You are wanted in the reading room. So for the last time I say, 'Chop chop. Chuck chuck.'"), but Gary Burghoff has Farr beat for more times on the P.A. system.

We heard Radar on the P.A. at least five times, including making this memorable announcement in "The Longjohn Flap":

"Attention. Attention. Here's the announcement you've all been waiting for: Lt. Col. Henry Blake is the proud father of a bouncing baby appendix. Henry's doing fine. And the underwear's been saved!"

But the best time Radar got personal on the P.A. was definitely in "Bombed," when he read everybody a letter from his mom: 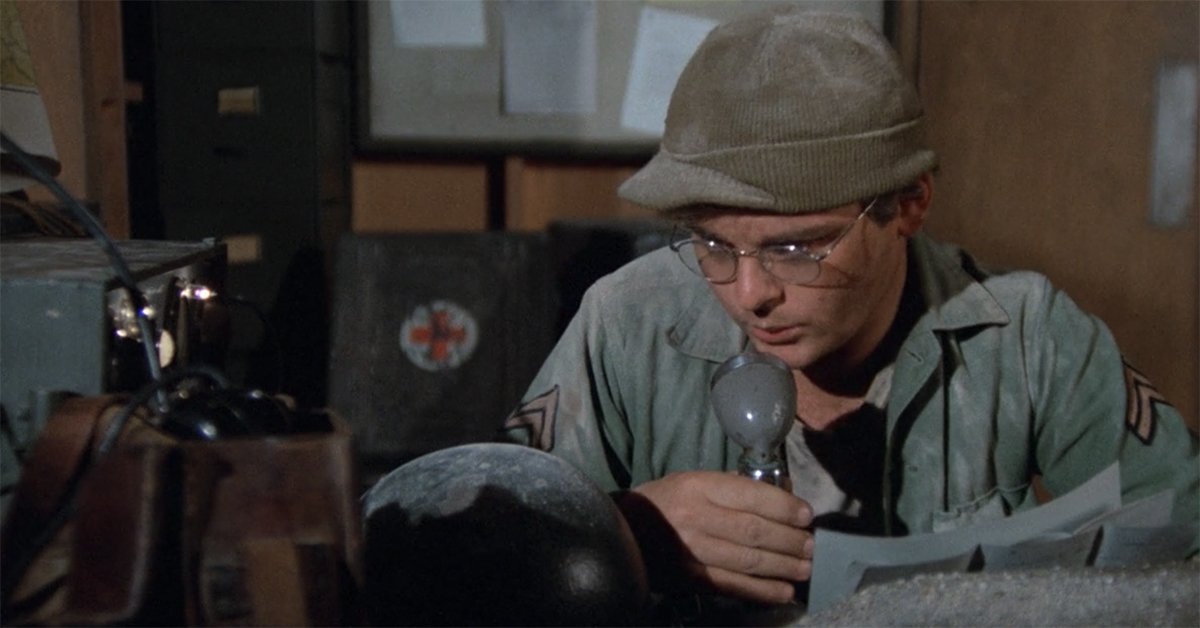 "Testing, test... 1, 2, 3. Testing, 1, 2. Radar here, uh... there's nobody on the radio now except 'Seoul City' Sue, so I figured I'd keep you entertained by reading you a letter from my mom. Here it goes. 'Dear Son, I got your lovely letter. You certainly asked a lot of questions. About the car, you may. About Jennifer next door, yes. About Eleanor Simon, she did once or twice but not too much. About your uncle Albert, no on drinking, yes on AA. About the dog Leon, three times in the bedroom, once under the washer and twice on the cat. Testing. About the cat, we don't have one anymore. About your cousin Ernie, he's in the..."

Radar's reading is interrupted by an explosion and quickly morphs into a warning: "Oh! Oh! Here we go again! Watch out!" 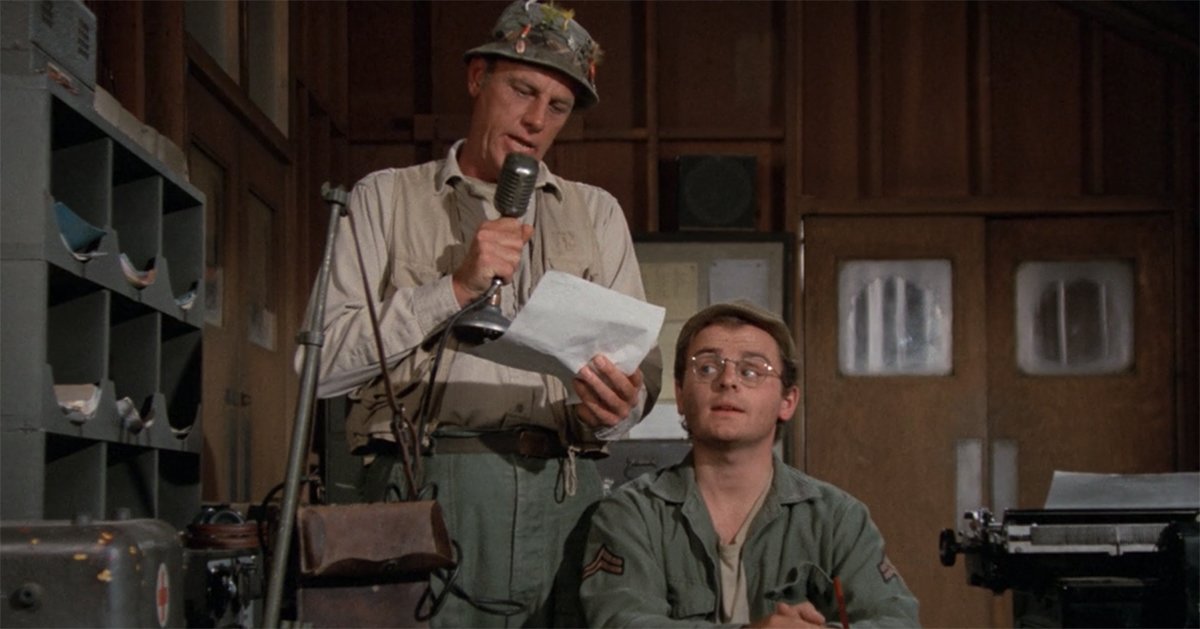 "Attention. Attention, please. May I have the attention of each and every personnel, please. This is your commanding officer, Colonel Blake. Now, it's required that uh... everyone be given a routine medical check-up. This, according to a new Army regulation, which is uh... your uh... RP78-stroke-8-O-double 78J... uh blah blah blah. Now, accordingly, enlisted men will fall into the mess tent to receive their physicals. Officers will examine themselves and vice versa in private." Blake then says to Radar still on the mic: "Is there anything else I should tell them, Radar? Okay." Then he returns to the regular bulletin: "Tonight's movie is a double feature: Godzilla and the Bobbiesoxer plus Ma and Pa Kettle Have a Baby."

But most times we heard voices on the P.A., there were two actors doing most of the voice work on M*A*S*H, Todd Susman and Sal Viscuso. Susman voiced the P.A. Announcer in 47 episodes from 1973 to 1979, including most notably "Abyssinia, Henry," "5 O'Clock Charlie," "Of Moose and Men" and "Welcome to Korea." In "Welcome to Korea," we even heard him make a pretty important M*A*S*H introduction:

Susman appeared once on M*A*S*H, as Private Danny Baker in "Operation Noselift," and he has appeared on TV from the 1970s right up to today, with his activity really spiking in the 1980s in memorable guest appearances on hit shows like The Facts of Life (he played the prison warden in "Christmas in the Big House") and ALF (he gets saved by ALF as Willie's coworker who was also secretly in witness protection in "Hide Away"). 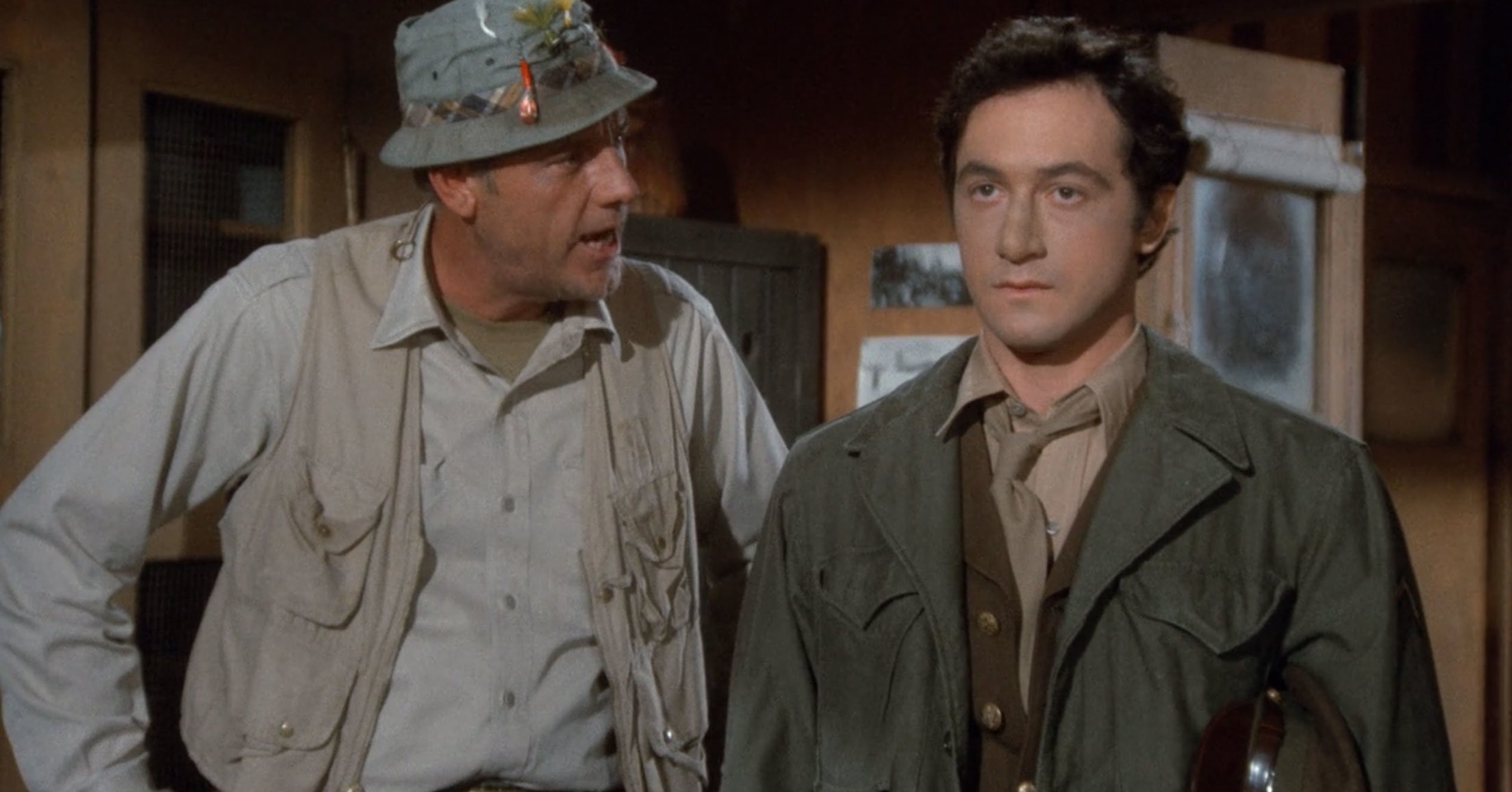 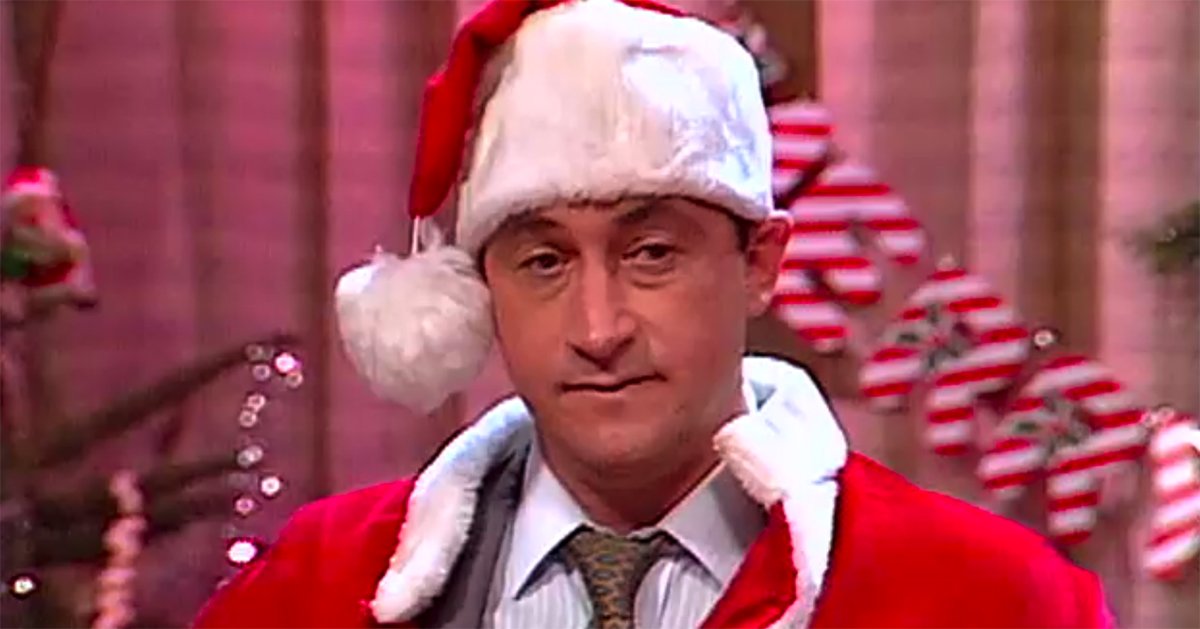 Todd Susman on The Facts of Life 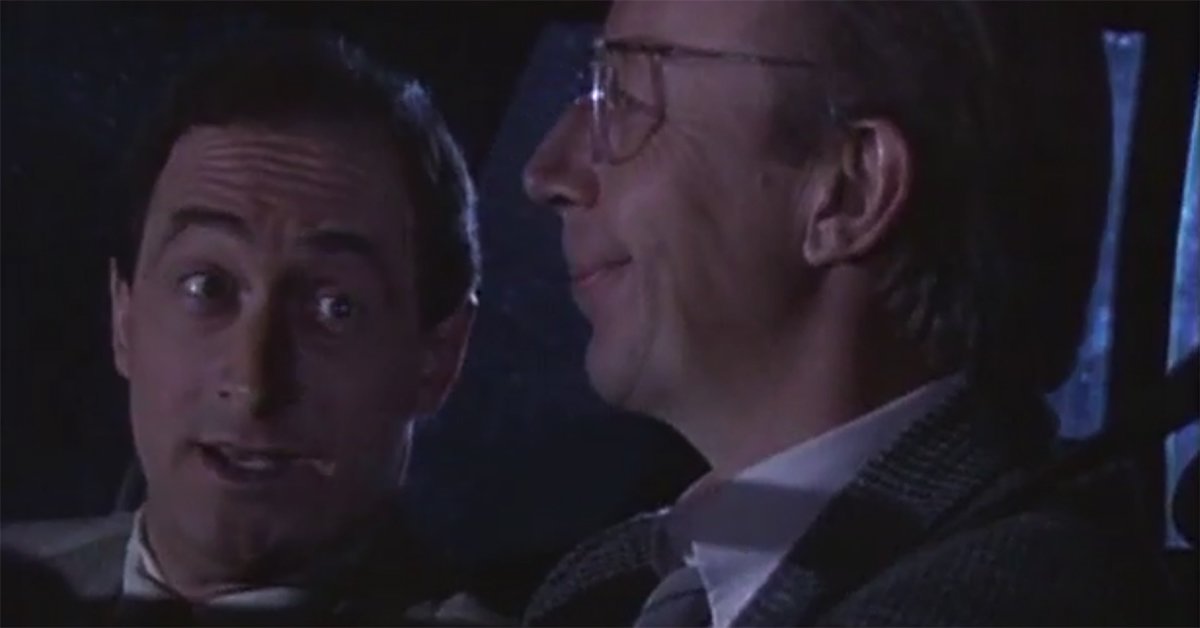 Sal Viscuso, on the other hand, actually appeared in three episodes of M*A*S*H, in addition to recurring roles on sitcoms like Mary, Mary (Sikanda), Soap (Tim Flotsky), and Lois and Clark: The New Adventures of Superman (Bobby Bigmouth). He even joined the cast of the short-lived series The Montefuscos. But on M*A*S*H, we saw him twice in a patient bed and once at confession with Father Mulcahy. 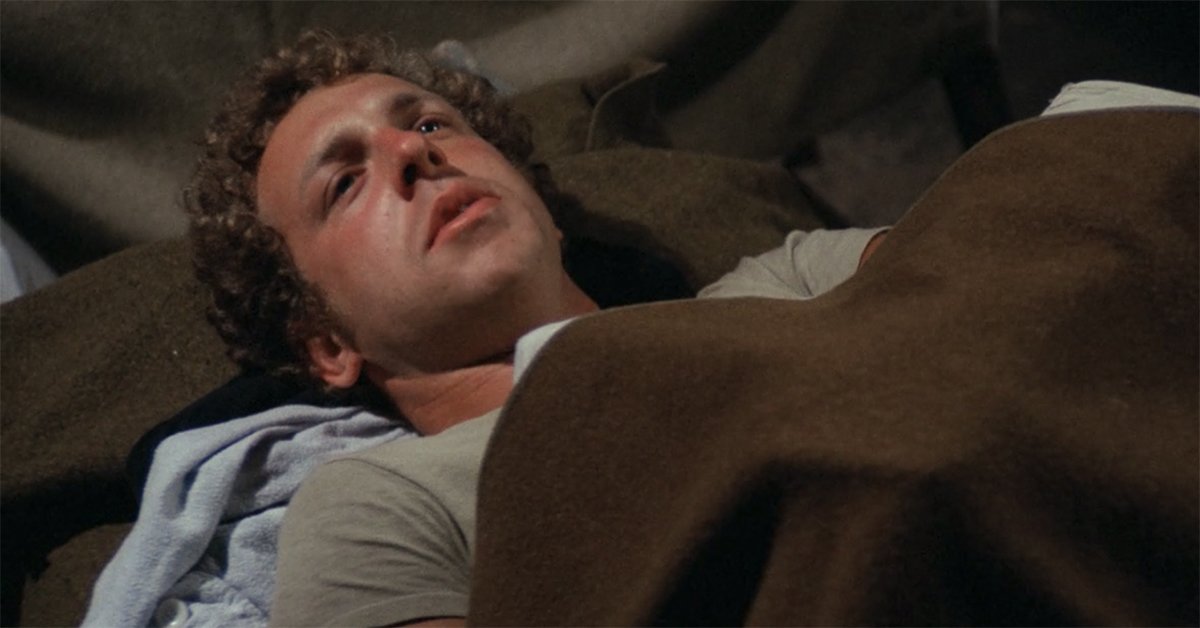 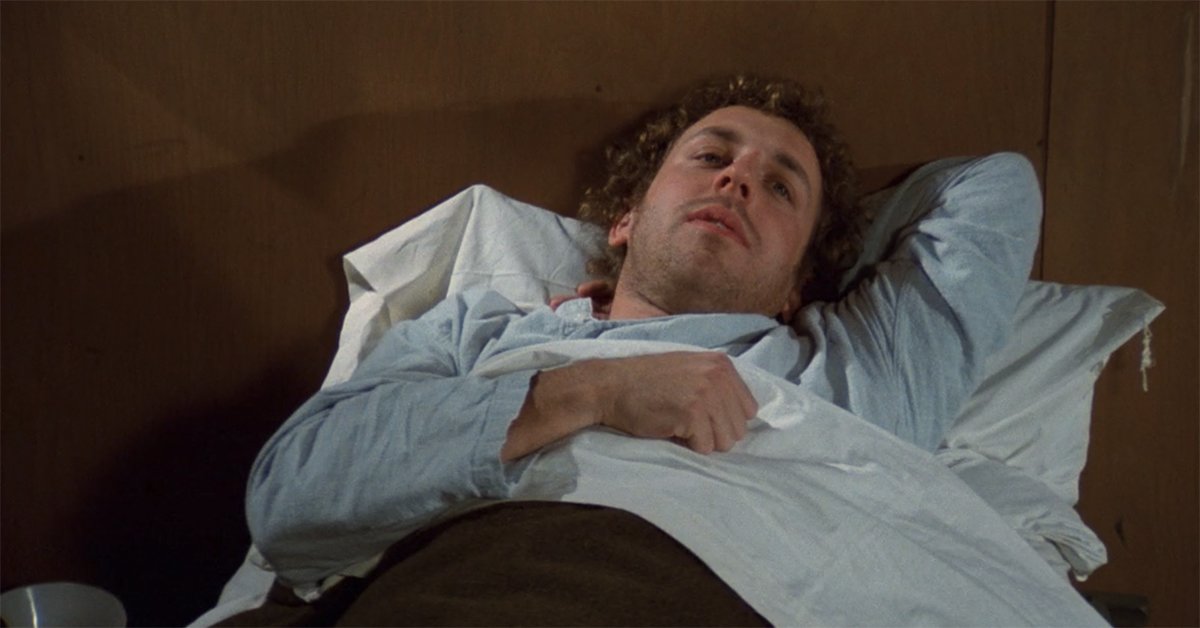 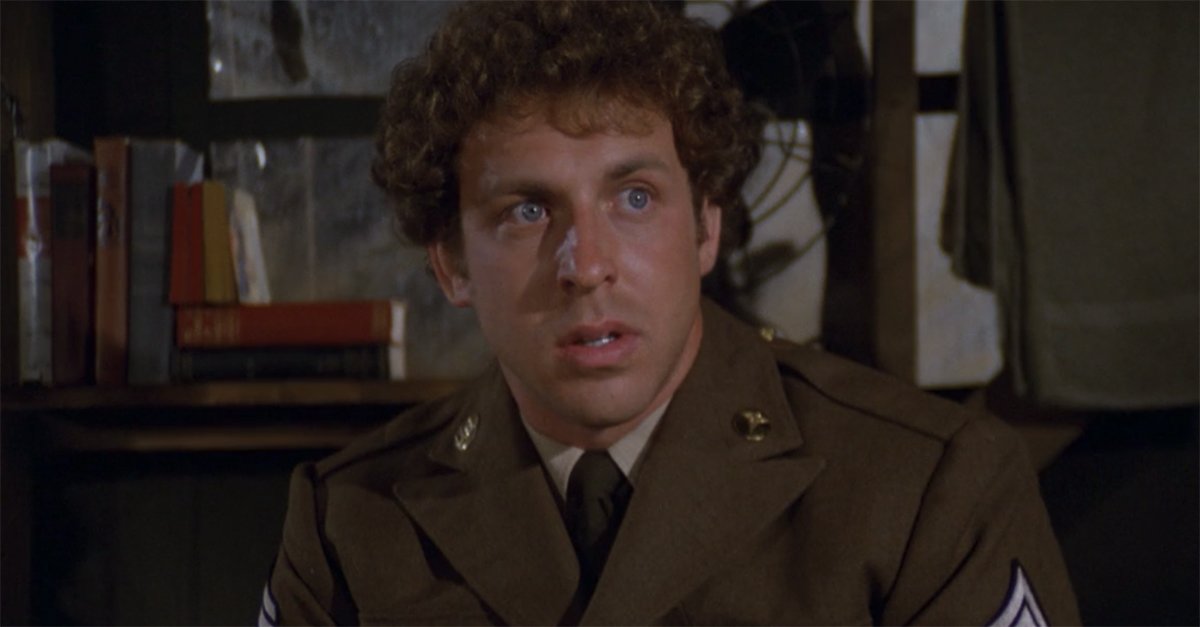 But much more frequently, Viscuso voiced the P.A. announcer for M*A*S*H, totaling 40 times from 1976 to 1979 including episodes like "Baby, It's Cold Outside," "Potter's Retirement," "Dear Comrade" and "Preventive Medicine." Our favorite was probably this warning for Klinger that rang out in "Fade In, Fade Out": "Attention. Corporal Klinger report to Col. Potter's office on the double and bring your lawyer." 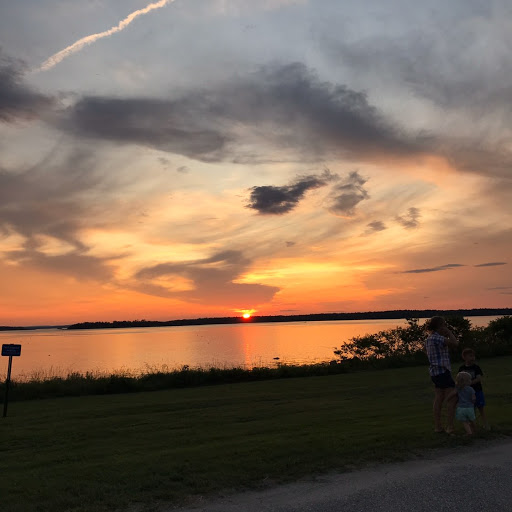 MASH_lady 10 months ago
Potter and Charles also made announcements over the PA system at least one time each.
Like Reply Delete

TobyGibbs 18 months ago
I urge MeTV to recheck its claim that Jamie Farr served as the p.a. announcer in the pilot episode. In my opinion, it sounds NOTHING like him. It does, however, sound a lot like Bill Idelson, an actor (and future "M*A*S*H" writer) who played Herman Glimscher on 'The Dick Van Dyke Show.'
And there's at least one more "M*A*S*H" p.a. announcer who is heard on several episode late in the first season and early in the second. Listen to the p.a. announcer in 'Ceasefire,' the second-to-last episode of the first season. That is neither Susman nor Viscuso. Some sources say it is an actor named Jimmy Lydon. 'Ceasefire' is just one of several episodes with that p.a. announcer. 'Five O'Clock Charlie' is another.
But I feel confident the p.a. announcer in the pilot is not Jamie Farr. Farr is alive. Somebody ASK him!
Like Reply Delete

Wiseguy 23 months ago
Both Todd Susman and Sal Viscuso guest-starred on Barney Miller.
Like Reply Delete

DamienIrons 23 months ago
Was there two PA systems? In the episode "Private Charles Lamb" Frank is standing by the door of Henry's office when an announcement is made then walks thru the outer office and NO ONE IS THERE!!!!!
Like Reply Delete

Corey 24 months ago
Potter is missing.
Like Reply Delete 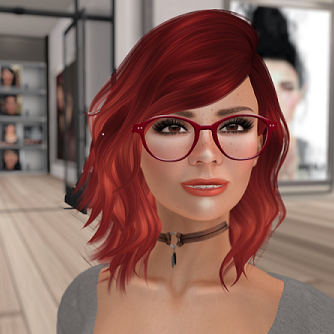 jerilynn 24 months ago
I was going to comment on the overlooked fact of Todd Susman being on M*A*S*H in "Operation Noselift" (S2, Ep18). It seems others beat me to it.
Like Reply Delete

cperrynaples 24 months ago
Oh come on. these spam posts are becoming absurd! Get-rich-quick schemes I accept, but male-growth drugs? Stephanie, even you have to agree this has gone too far!!
Like Reply Delete 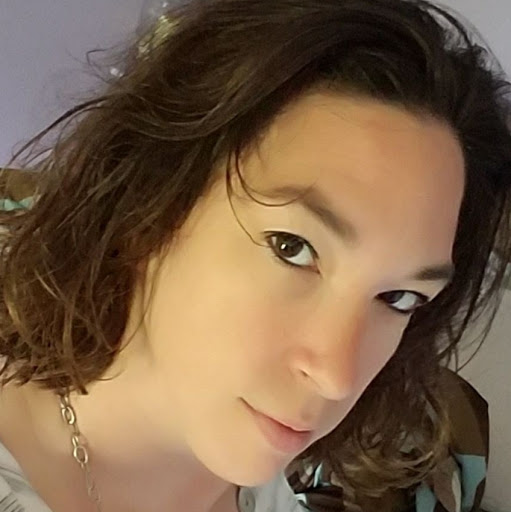 TerrellMartin 24 months ago
You would think that before they throw these out they would check for facts... M*A*S*H fans are like Star Wars fans... WE KNOW THE DETAILS lol
Like Reply Delete

JosephBurt 24 months ago
Contrary to the article Todd Susman appeared as Private Danny Baker in Operation: Noselift. He wore a prosthetic nose and wanted to have elective surgery. https://www.imdb.com/title/tt0638374/
Like (1) Reply Delete

cperrynaples JosephBurt 24 months ago
Are you sure it was a prosthetic nose...LOL! Yes, it's not as big as Klinger's, but it sticks out!
Like Reply Delete

ndebrabant 24 months ago
They are wrong about Todd Susman not being on M*A*S*H. He was in the episode Operation Noselift (1974) as Private Danny Baker. He got a nose job.
Like (1) Reply Delete

KJW 24 months ago
Susman did appear on the show as PVT Baker in season 2 “Operation Noselift”.
Like (1) Reply Delete

cperrynaples 24 months ago
Both Susman and Viscuso have long credits on IMDB and I think they're both alive! Those guys have such distinctive voices that if you played the audio, I could tell which is Susman and which is Viscuso!
Like Reply Delete

cperrynaples cperrynaples 24 months ago
PS Yep, they're alive and working! Susman is 72 and plays a judge on Bull, while Viscuso is 70 and was last seen in L&O: True Crime!
Like Reply Delete

stephaniestavropoulos cperrynaples 24 months ago
After Sal Viscuso's dulcet tones on M*A*S*H were no longer needed, he went and played on SOAP, as a priest.
Like Reply Delete

cperrynaples stephaniestavropoulos 24 months ago
I remember Father Tim! He had an affair with Corrine and performed an exorcism!
Like Reply Delete

stephaniestavropoulos cperrynaples 24 months ago
You said you're getting ANNTENNA TV now, right? Well did you know that ATV shows SOAP? Or don't you have an urge to walk down that path of Memory Lane?
Like Reply Delete

cperrynaples stephaniestavropoulos 24 months ago
Yes Stephanie, I do have Antenna TV and yes I know Soap is on it! At this stage of my life, I have to be selective and Soap just doesn't seem that funny now! Now if they ran Mary Hartman, well that's a whole other story!
Like Reply Delete