"Andy was the ultimate straight man." 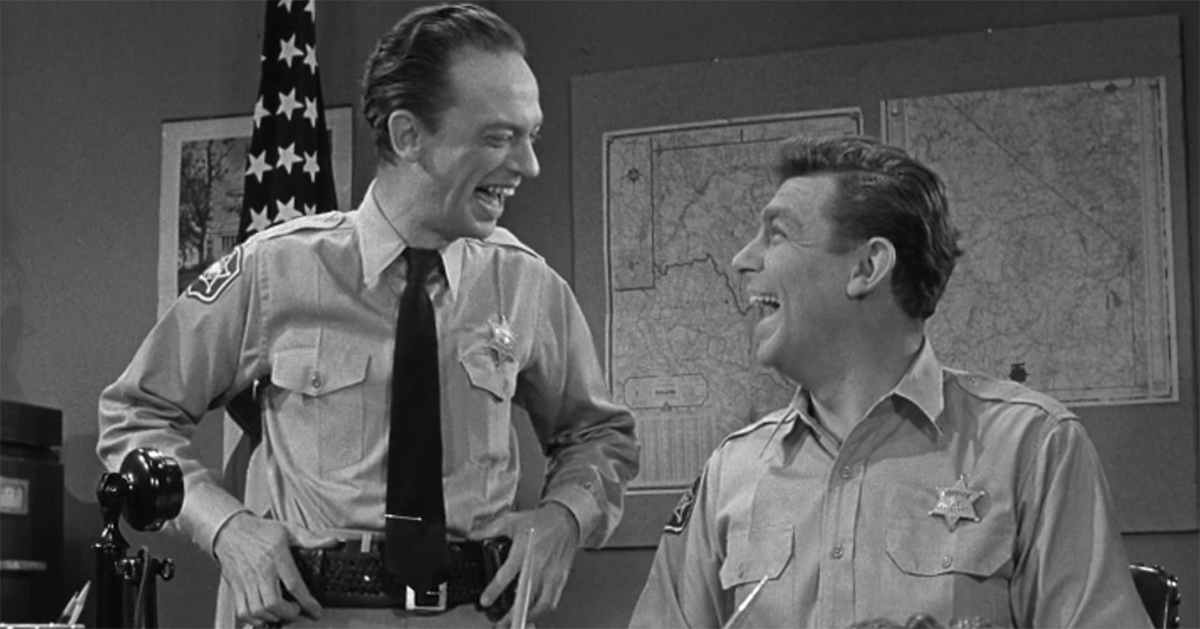 "If it sounds like a joke, throw it out."

That's what Don Knotts recalled that Andy Griffith said back when The Andy Griffith Show began growing away from typical sitcom writing and moving closer toward a character-driven show. According to Knotts in an interview with the Archive of American Television, it was all Andy driving that change. "Andy was the guy who continued to say, 'Let’s not do jokes.'"

Of course, there are plenty of laughs on The Andy Griffith Show, and fans will assure you it's mostly due to the chemistry of Andy and Barney. Knotts praised Griffith in the interview, saying, "We just immediately from the very beginning of the show, we worked hand in glove. It was just, our timing was alike. I could almost tell when Andy was gonna come in, and he said he could do the same with me."

Knotts also revealed a little trick he did as an actor that was rooted in this special chemistry. Knotts said, "Andy found Barney funny. I think that helped, too. I could see sometimes when Andy’s eyes were just trying to keep from laughing, which would help me try and make it even funnier."

When it came to getting laughs as Barney Fife, there was no try from Don Knotts, only do, and it seems the thing that pushed the character to the top of TV's funniest all-time faces is, according to Knotts, precisely because of how straight Andy was. He took a moment to pause in the interview to remind us all: "Andy was the ultimate straight man. He was the best you could imagine."

jholton30062 46 months ago
They didn't need jokes to get laughs. The characters were just naturally funny and so were the actors portraying them.
Like Reply Delete