This 1979 teen bait failed at becoming the new 'American Graffiti' but at least it gave us Lorenzo Lamas. 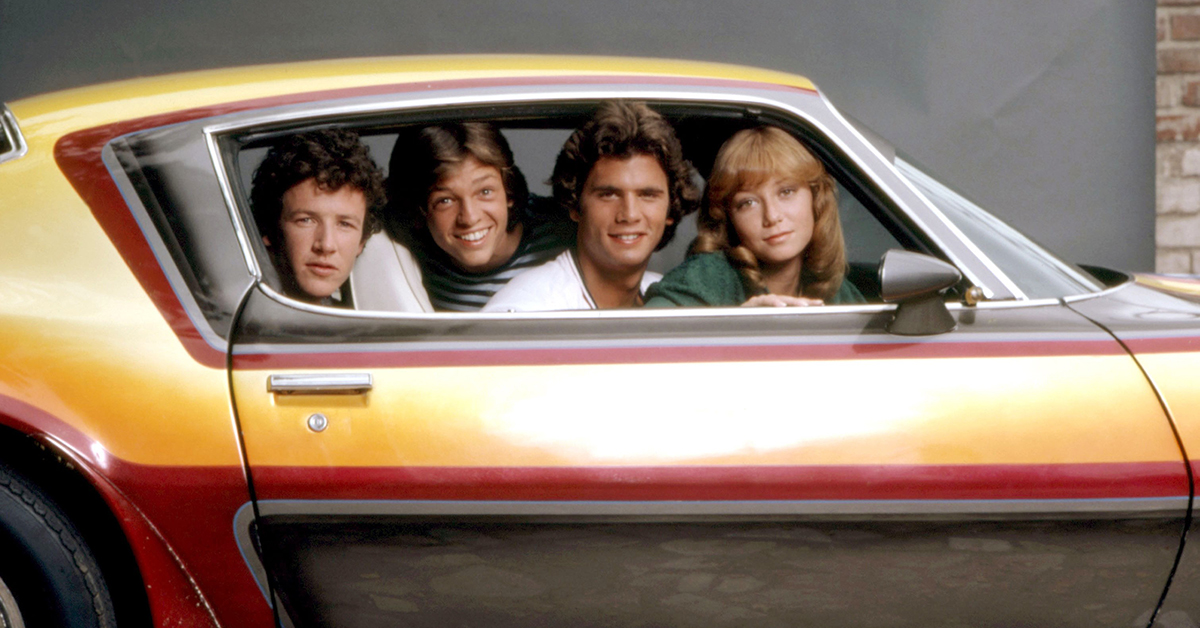 Have you been in a bookstore lately? It seems as if half the paperbacks on tables have the words "Gone" or "Girl" in their titles. A pop culture phenomenon like Gone Girl has that sort of powerful sway. In the late 1970s, entertainment had a fever for "Fever." The Sylvers started the outbreak with "Boogie Fever," which hit No. 1 on the charts in 1978. A year later, white disco suits became all the rage when Saturday Night Fever raked in $94,213,184 at the box office. The public also caught cases of "Jungle Fever" and "Cat Scratch Fever."

By 1979, this trend had trickled down to television, particularly shows aimed at American youth. CBS's Co-Ed Fever attempted to recapture the spirit and antics of Animal House, to no avail. The same network launched California Fever later that year, a frothy dramedy comprised of disco, sand, hair spray, hormones and muscle cars. It was essentially Dazed and Confused, but actually made in the era depicted in Dazed and Confused.

California Fever star Jimmy McNichol was a teen idol living in the shadow of his little sister. As younger kids, the two had starred in TV commercials. Kristy then persued her own muse, starring in the hit series Family, battling on Battle of the Network Stars, headlining preachy TV movies, and singing with the Carpenters on a Christmas special. The siblings teamed up again in 1978 for a pop album, Kristy & Jimmy McNichol, which do-lang-do-lang-do-langed its way up the Billboard charts with its cover of "He's So Fine." The adolescent McNichols promoted the album at Studio 54. That was probably healthy.

So, Jimmy McNichol was an ideal pin-up for Calfornia Fever. Rounding out the cast of sex-and-surf-crazed young men were Marc McClure, best known as the Jimmy Olsen alongside Christopher Reeve's Clark Kent in Superman, and a handsome bit player from Grease named Lorenzo Lamas. The female lead was filled by Michele Tobin, who probably remains best known by children of the era as the girl in the after-school special The Boy Who Drank Too Much.

Any California-set show worth its salt water back then featured awesome cars. California Fever was no exception, as Vince Butler (McNichol) cruised around in a cool Trans Am. Meanwhile, his buddy Ross (McClure) puttered around in a topless green and yellow truck dubbed "The Grossmobile." The two hung out by the beach with Rick (Lamas) at "Rick's Place."

The good buddies cruised the oceanside in their cars, heading to the dancefloor at night. In many ways, this was just a dopey update of American Graffiti with disco instead of classic rock & roll.

Speaking of music, Vince and Ross had a band called Four on the Floor. They jammed in Rick's Place, honing their skills to best their rival group, which was an instrumental combo named Rest Room. Sure, that sounds hip. Naturally, McNichol sang the funky theme song to the show, too.

Hey, the Trans Am was really cool, at least. Airing on Tuesday evenings, foolishly opposite Happy Days, this Fever broke after just ten episodes. Alas, Lamas was no Fonz. But he did go on to star in Renegade.

McNichol, meanwhile, landed a few made-for-TV movies here and there afterward. In the '90s, the former People magazine cover boy gave up acting to get into construction. He relocated to Colorado.