America’s #1 Classic Television Network
Find your local MeTV station
Where to watch
See when your favorite shows are on
See schedule
Personalize MeTV.com to follow your favorite shows
Free sign-up
Shop your favorite shows in the MeTV Store
Shop Now
Home / Stories / Did you ever notice the similarities between these two bedrooms on The Waltons?
did you know?1970s

Did you ever notice the similarities between these two bedrooms on The Waltons?

Just don’t look too closely at the Waltons’ house blueprints. 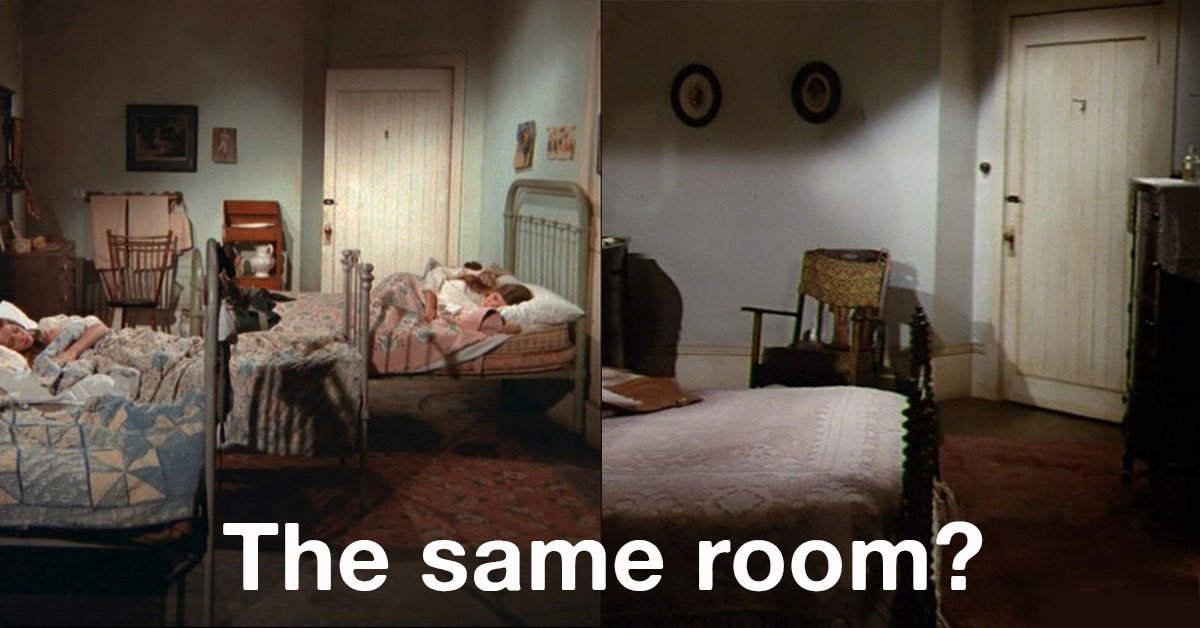 The house in The Waltons was an incredibly important part of the show. Nights spent gathered around the radio and crowded, boisterous dinners in the kitchen produced some of the most memorable moments in the series.

Upstairs, the bedrooms provided the setting for many tense scenes between the children. That’s understandable since there were often three siblings sleeping in the same room!

The Waltons filmed interior scenes of the house on Warner Bros. Stage 26. This soundstage housed sets for everything from the 1954 A Star is Born to Gremlins thirty years later.

In the seventies, the Waltons’ house interior sets included the downstairs with the living room and kitchen connected. The porch was also built onto the exterior of the living room so they could film shots that appeared to go from outside on the porch to inside the living room but, in reality, were all done in the quiet, weather-proof safety of the soundstage.

The bedroom sets were in Stage 26 as well, and they also used some television trickery to save space and money. John and Olivia’s room was the same basic set as the room that Elizabeth, Erin and Mary Ellen slept in.

The production team did a good job of redecorating and rearranging so only the most eagle-eyed viewers would notice. They even changed the view into the hall depending on which bedroom it was. Nevertheless, once you know, it seems really obvious!

Did you ever notice the similarities between the parents' and the girls' rooms?

Pacificsun 27 months ago
I always enjoy the articles which focus on the craft talent going on behind-the-scenes! As a tribute their skills viewers do take for granted some obvious scenery changes. But more to it is all the pre-planning involved. Day by day, and hour by hour, call sheets are created. As everyone knows, scenes are shot completely out of sequence to take the most advantage of each set-up. Which is a combination of planning camera angles, marks and lighting. Given that the child-actors were on a reduced schedule (due to labor laws) the most efficient use of shooting needed to take place around them, whenever they were involved. And think about it, were in almost every shot! It makes perfect sense those "rooms" would be decorated bare-bones style. Not only for continuity sake, but budget wise. Most all props are borrowed from the studio warehouse anyway, and yet on reserve for the duration of the series, for reuse. Yet they can't be identified as being "repetitious" either! Set-Decorating came a long ways along from the "I Love Lucy" days. Compare the two!
Like (3) Reply Delete