Where To Watch Shop Store Contact
Home / Stories / Cheryl Ladd was the blonde one in Josie and the Pussycats before she joined Charlie's Angels
musicdid you know?

When she was a teenager known as Cherie Moor, she was the voice of Melody. 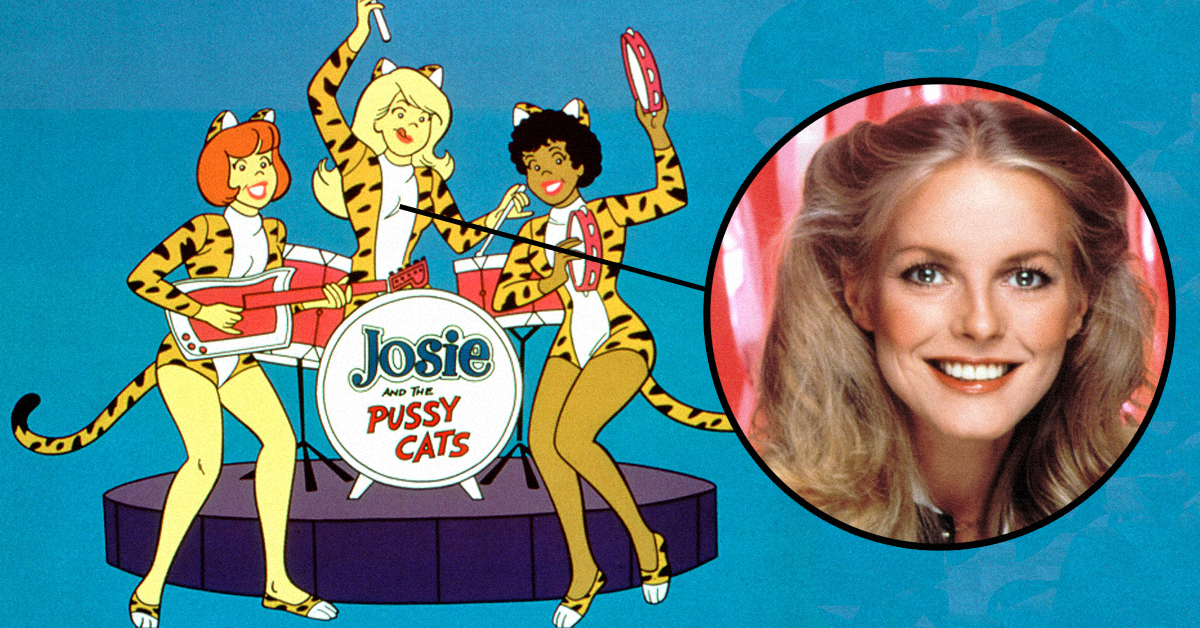 In May 1977, just as Charlie's Angels was concluding its successful first season, the hottest new show on television was dealt a blow. Farrah Fawcett, the blonde bombshell hanging in half the high school boys lockers in America, turned in her resignation. What would Charlie's Angels be without Jill Monroe?

Up to that point, television audiences had only seen the 26-year-old in bit roles. She had turned up on crime shows such The Rookies, Harry O and Police Story, playing not-so-meaty characters like "Girl," "Teenage Girl" and "Buffy." But the South Dakota native did have one significant credit on her resume, one that remains largely overlooked. Seven years before Ladd was the blonde one on Charlie's Angels, she was the voice of the blonde one in the original Josie and the Pussycats.

Hanna-Barbera produced just 16 episodes of Josie and the Pussycats for the 1970–71 Saturday morning cartoon season, but in that era, influence could hardly be measured by episode count. On the heels of the comic-ly related Archies, Josie and the Pussycats became another pop sensation. Hanna-Barbera produced an album of material for release in shops.

There was one key difference between the Pussycats record and the Archies — the Pussycats brought the characters to life with in-the-flesh band members. The musical talents behind the Archies went unseen, but the three young women singing "With Every Beat of My Heart" were right there on the album cover. 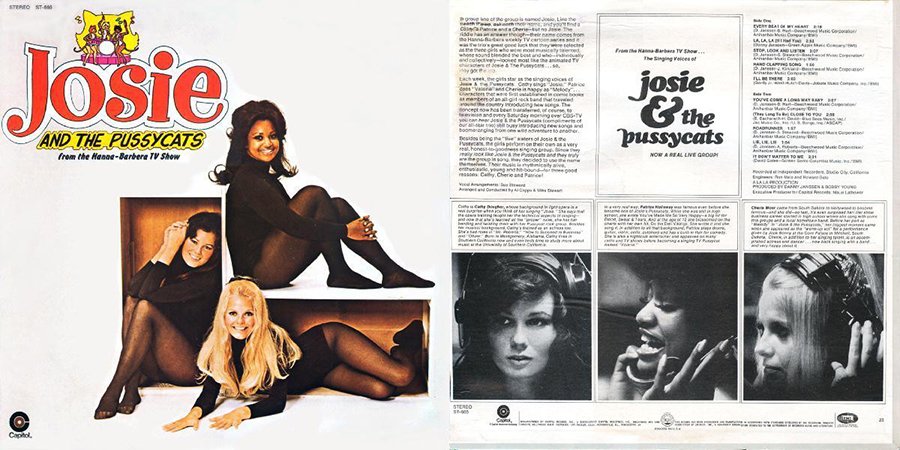 Melody, the blonde one lying like a cat inside a trunk on the cover, was performed by Cherie Moor. Her real name was Cheryl Jean Stoppelmoor. As you have by now surmised, she later changed her name to Cheryl Ladd.

Ladd was just 19 at the time. The back of the LP featured an amusing bio on the newcomer. It read:

Cherie Moor came from South Dakota to Hollywood to become famous — and she did — so fast, it's even surprised her! Her show business career started in high school where she sang with some folk groups and a local hometown band. Before her part as "Melody" in "Josie & The Pussycats," her biggest moment came when she appeared as the "warm-up act" for a performance given by Jack Benny at the Corn Palace in Mitchell, South Dakota. Cherie, in addition to her singing talent, is an accomplished actress and dancer… now back singing with a band… and very happy about it.

On the cartoon, Jackie Joseph, an actress best known for roles on The Doris Day Show, The Dick Van Dyke Show and The Andy Griffith Show, provided the speaking voice of Melody. Ladd was heard only when the character broke into song.

After Charlie's Angels catapulted Ladd to fame, she returned to Capitol Records for a string of solo, disco-fied pop albums. "Think It Over," the single from her self-titled debut, climbed to No. 34 on the pop charts. Two Ladd solo other tracks, "Walking in the Rain" and "Dance Fever," we used over the closing credits of Charlie's Angels — but only in Japan.

Her third record, Take a Chance, was released exclusively in the country. Yes, in addition to being an original Pussycat, Ladd was one of the first who could boast she was "big in Japan."

JoeSHill 35 months ago
After her debut on the CBS Saturday Morning cartoon series "JOSIE AND THE PUSSYCATS" in Fall 1970, Cheryl Ladd, then known as Cheryl Stooplemore, appeared as "Amy Love" in the NBC/Warner Bros.Television series, "SEARCH" (1972-73) that was created by Leslie Stevens ("THE OUTER LIMITS")
Like Reply Delete