Where To Watch Shop Store Contact
Home / Stories / Ann B. Davis once explained Alice's secret back story on The Brady Bunch
nostalgia

Ann B. Davis once explained Alice's secret back story on The Brady Bunch 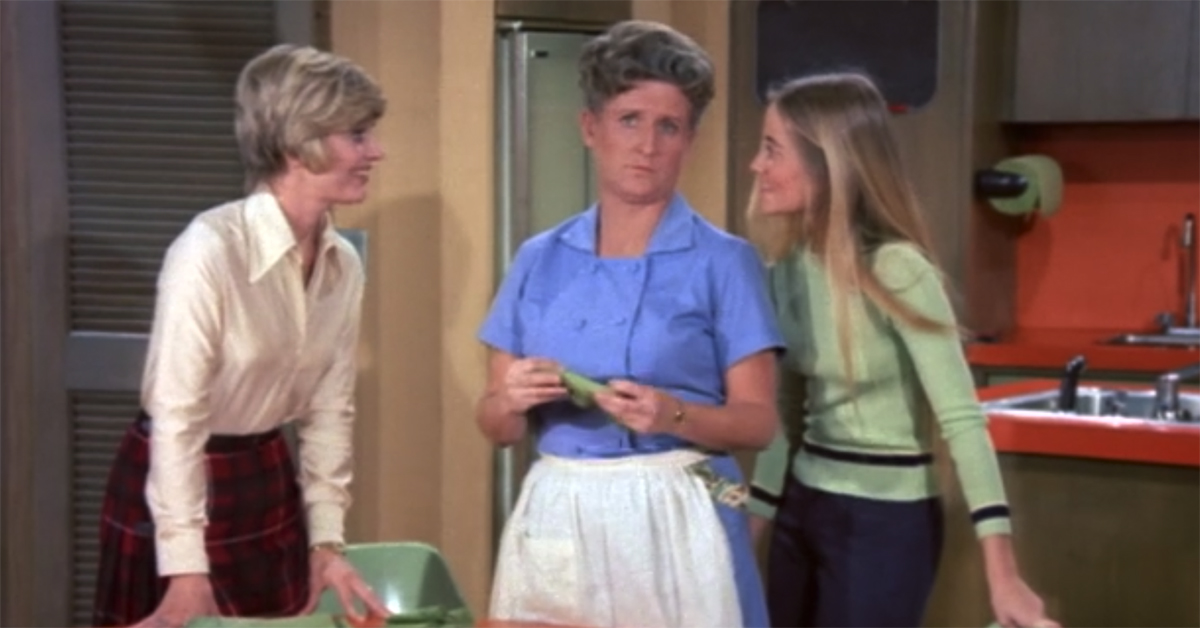 On The Brady Bunch, the beloved housekeeper was named Alice Nelson, brought to life by the hilarious character actress Ann B. Davis. Over the course of the series, we learn bits and pieces about Alice's backstory. In "Lost Locket, Found Locket," for example, Alice secretly gifts Jan a locket, later admitting it was from "one middle child to another." It eventually comes out that Alice has two sisters of her own, Emily above her and Myrtle below, and all three of the Nelson girls attended the same high school as the Brady kids.

But before the writers could shade in the pertinent details of Alice Nelson's life, Davis took on the task as a character actress of building the character's backstory herself. Her version is a lot different from the story we eventually get by the end of The Brady Bunch, mostly because Davis told the Archive of American Television, that in her mind, she based the character of Alice on herself:

"I decided that my twin sister was going to be a doctor who couldn’t afford school, so I started doing maid’s work so she could afford to go to college," Davis said.

You see, in reality, Ann B. Davis had a twin sister named Harriet, and she must've seen enough of herself in the character of Alice to imagine Alice in the same situation, with a twin sister she'd do just about anything for. In the interview, she went on to say that she didn't get that much more involved in filling out the background on Alice than that, but it was enough to give her a "reason" to stay with the Bradys – other than the obvious, of course, which is that Alice loves the Brady family very much. Davis went on to describe how she imagined Alice felt about the famous Brady brood:

"I cared very much about this family. It was my family. ... I would’ve died for any single one of them," Davis said of her famous TV character's motivation to stay loyal to the iconic TV family.

For the most part, Davis said she didn't reveal this secret back story with any of her other cast members. Instead, she said she probably discussed it most with Lloyd Schwartz, Sherwood's son, who served as associate producer on the show. Davis remembered, “There were nine other regulars on the show. You didn’t have time to sit around and discuss characters. But I made up my own character and I probably discussed it a lot with Lloyd because he was on the set, herding the kids around and stuff.”

So between The Brady Bunch adventures onscreen, the father/son team producing the show, and Alice's inspiration coming from her own twin sister, you could say that the classic series definitely understood the importance of family.

Mattic 1 month ago
Alice is a favorite character. Bring The Brady Bunch back instead of the A-Team.
Like Reply Delete

harlow1313 40 months ago
As a teenager, I was hot for Marcia. As I began to age, I moved on to Mrs. Brady. In these, my declining years, Alice is beginning to look pretty darn good to me...
Like (2) Reply Delete

KathyMcKinny harlow1313 34 months ago
Same with me and Leave it to Beaver. I crushed on Wally as a kid, now the Dad seems to be my crush. WEIRD!!
Like Reply Delete