Where To Watch Shop Store Contact
Home / Stories / Andy Warhol sailed with Andy Griffith in one of the most unique episodes of The Love Boat
Did you know?Andy Griffith

Greenwich Village met Mayberry on a TV cruise in 1985. 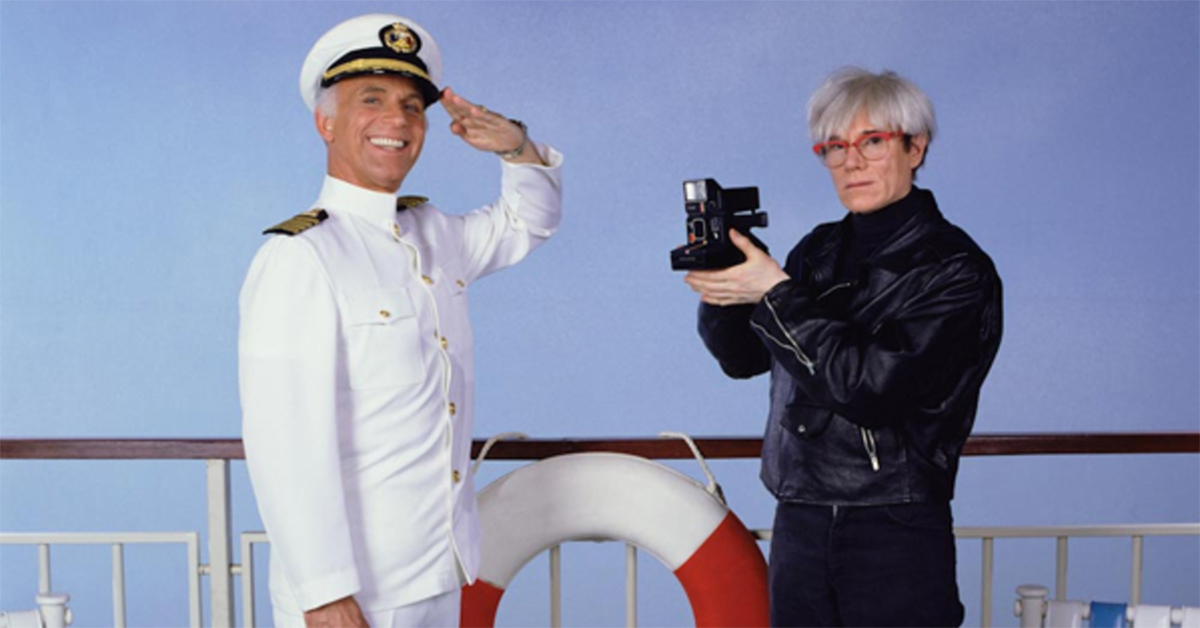 It's 1966, New York City, in the hip East Village nightclub known as the Dom. The Velvet Underground jangle and drone through abstract jams. Nico croons into a microphone. Socialite, model and all-around it-girl Edie Sedgwick dances in a splash of psychedelic light and strobes. Andy Warhol is the svengali behind this multimedia event, which he has called the Exploding Plastic Inevitable. Why the name Exploding Plastic Inevitable? Warhol explains, "I love Los Angeles. I love Hollywood. They're so beautiful. Everything's plastic, but I love plastic. I want to be plastic."

It's no wonder Warhol felt right at home in the 1980s. "Exploding Plastic Inevitable" could just as well served as a nickname for the decade. Warhol was prescient like that. The era was known for its gloss and synthesizers. The lines between art and commerce blurred, as avant-garde directors shot TV commercials, and TV commercial directors jumped into movies. Sadly, Warhol would pass away in 1987.

Sixteen months before his death, the pop art king would take part in one of the ultimate pop rituals of the era. For his final credited screen role, Andy Warhol took a cruise on The Love Boat.

The New York art world of Lou Reed and Jean-Michel Basquiat seemed far, far away from the television universe of Aaron Spelling. The glamorous melodrama of Dynasty had little relation to the gritty gallery scene. Yet, if there was any space where painters and artists could brush shoulders with soap stars and teen idols, it was aboard the Pacific Princess, the luxury liner that set sail every Saturday night on ABC's The Love Boat.

It must have been a law of the Screen Actors Guild in the late 1970s that all TV actors must appear on The Love Boat.

Of course, this was not really the case, but it certainly seemed that way. Name a small screen celebrity circa 1980, and odds are he or she sailed alongside Isaac and Gopher. The Love Boat also booked outside the box. There were at least five guest stars on each episode — and there were 250 episodes. That's a lot of guest cabins to fill, and Charo can only be spread so far.

So, everyone from Joe Namath and Hulk Hogan to Menudo, The Village People and The Pointer Sisters turned up as guest stars. There were "celebrity" koalas, dogs and chimps. In one episode dedicated to the fashion industry, designers Gloria Vanderbilt, Geoffrey Beene and Halston all came aboard.

So, Andy Warhol guest-starring in the third episode of season nine was both unexpected and somehow inevitable. By that point, a decade into its run, The Love Boat had undergone significant changes. Dionne Warwick was suddenly singing an updated version of the theme song, as former crooner Jack Jones was put out to sea. The title graphics were new for the neon '80s. Ted McGinley was a principal cast member.

Likewise, Warhol himself was a new man. According to biographer Victor Bockris, he practiced a regimented health lifestyle involving chiropractors, crystals, shiatsu massage and copious amounts of raw garlic.

Photographer friend Christopher Makos described Warhol as such: "He wore black Levi 501s… a black Brooks Brothers turtleneck sweater, an L. L. Bean red down vest, a black leather car coat by Stephen Sprouse, white or black Reeboks, a big crystal around his neck and big black-framed glasses…. His last look was as chic as ever, although the overall effect had a lot to do with his general aura: It was as though he’d accomplished everything imaginable in his lifetime."

This look is forever immortalized in his Love Boat appearance. That's likely what led TV Guide to rank the episode, "Hidden Treasure / Picture from the Past / Ace's Salary," No. 82 on a list of the 100 Greatest Episodes — of all time. Not just The Love Boat.

Oh, it certainly helped that Andy Griffith, Milton Berle, Cloris Leachman, Tom Bosley and Marion Ross were also aboard for that hour.

Warhol was not so enamored with the experience. According to Bockris, he kvetched about Hollywood people after the taping. He called them "idiots," and complained they did not buy art. 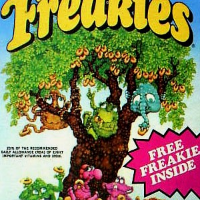 ZiffGuard 33 months ago
Shoot, I wouldn't buy the crap he was selling either.
Like Reply Delete

DavidBartholomew 33 months ago
How could you write this story and not mention the premiere of the Love Boat Mermaids?? Teri Hatcher in 80s hair, a couple of years before Lois and Clark!
Like Reply Delete

F5Twitster 33 months ago
“Warhol was not so enamored with the experience. According to Bockris, he kvetched about Hollywood people after the taping.“

Like all one-hour episodic series of that era, “The Love Boat” was shot on 35mm. FILM, not videotape. If you’re going to write about television, you MUST learn the difference between the two technologies. The terms “filmed” and “taped” are NOT interchangeable.
Like (1) Reply Delete

AgingDisgracefully 33 months ago
Didn't Andy refer to this appearance as his 16th Minute?
Like (1) Reply Delete