Where To Watch Shop Store Contact
Home / Stories / 11 unsinkable facts about 'The Love Boat'
Did you know?

11 unsinkable facts about 'The Love Boat'

Come aboard the Pacific Princess, where celebrity dogs can earn as much as fashion designers. 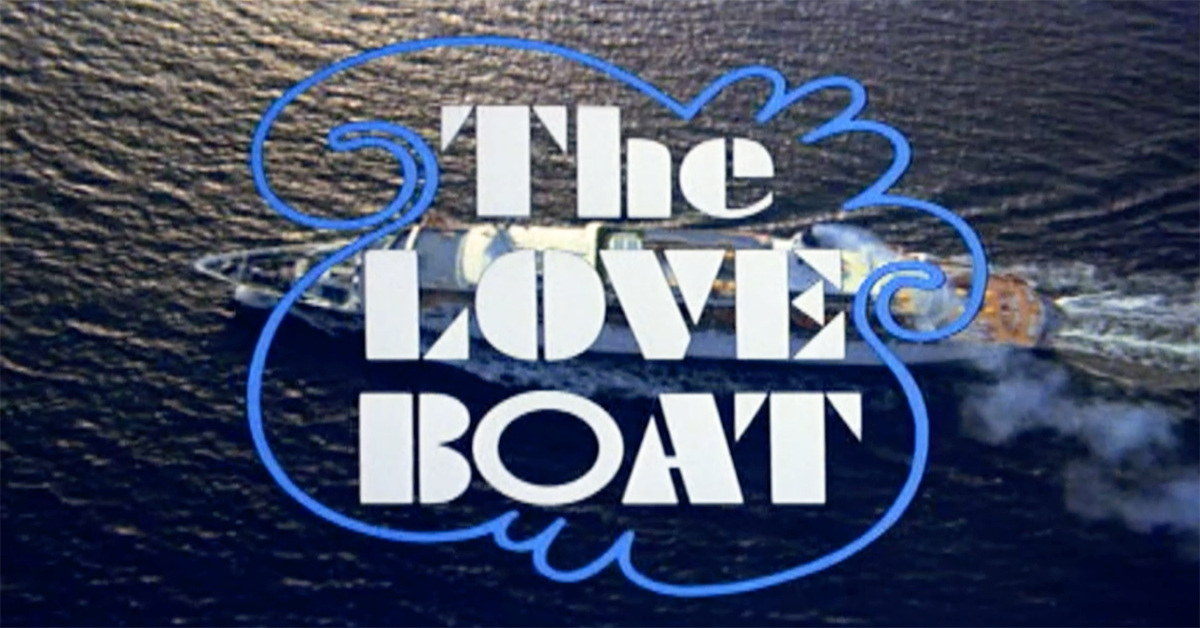 Setting sail over forty years ago, in the spring of 1977, The Love Boat hit the seas until 1986 — with a handful of specials carrying its legacy into the '90s. Few shows have had such longevity. What was the secret? Like a real ship, it all came down to the crew. The wonderful cast kept people tuning in. There was the unlikely ladies man in Doc, the smiling Isaac serving up drinks and young Vicki Stubing, to whom the kids in the audience could relate.

Filmed on location aboard the Pacific Princess and Island Princess, The Love Boat also gave folks at home a true glimpse at exotic locales. It would have hardly done as well shot in a studio in L.A. 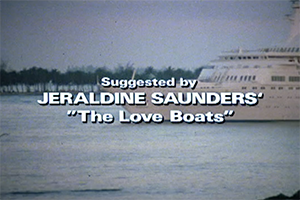 By Charles Dickens. Just kidding! This series was inspired by Jeraldine Saunders' 1974 publication The Love Boats. A former cruise director and hostess, Saunders turned her work experiences aboard luxury ships into a bestseller.

2. Passengers paid thousands of dollars to be onboard while filming. 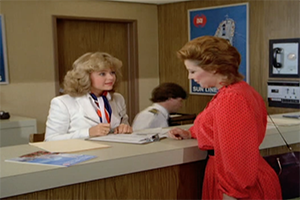 Those were no ordinary extras milling about the deck. Fans could shell out for tickets and sail alongside the cast and crew. For example, when The Love Boat went to Hong Kong in season seven, tourists paid "between $3,370 and $8,550" for the cruise, according to a 1983 article in People.

3. The boat was sold for scrap a few years ago, and two men died dismantling it. 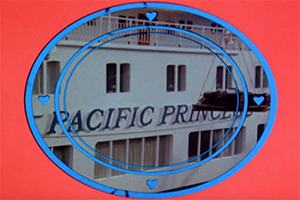 By 2010, the Pacfic Princess ship had become too old and costly to renovate. When the owners couldn't sell it as it was, they decided to sell it for scrap in 2012 to a Turkish company for about $3 million. It was taken to Turkey the following year, where two men died of carbon monoxide poisoning while trying to dismantle parts of the ship. Read more about the true fate of the Pacific Princess.

4. Gavin MacLeod, Bernie Kopell and Ted Lange are the only actors to appear in every episode of the series. 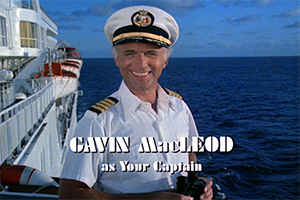 Thousands of guest stars (no, really, the tally is in the four digits) and dozens of regular cast members passed through the ship over the years. However, only the captain, the doctor and the bartender were there throughout all 250 episodes. 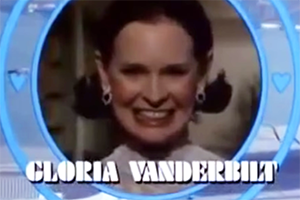 In a memorable two-part episode from 1981, a handful of famous fashion designers — Gloria Vanderbilt, Halston, Geoffrey Beene and Bob Mackie — board the ship for a fashion festival in Mexico. However, some major names first turned down the gig. According to producer Doug Cramer, Ralph Lauren refused to appear, claiming that The Love Boat would damage his image. Cramer fumed, “We use more Polo clothes on the show than anything else, and I personally wear only Polo.” Giorgio Armani blamed a schedule conflict for skipping out, while Calvin Klein wouldn’t come if Halston did.

Those fashion designer were paid $1,000 per day for their roles. Others earned far more. For example, Lana Turner, the special 1,000th guest in the 200th episode, was paid $25,000, according to People.

7. Even a celebrity dog earned a grand for appearing on the show. 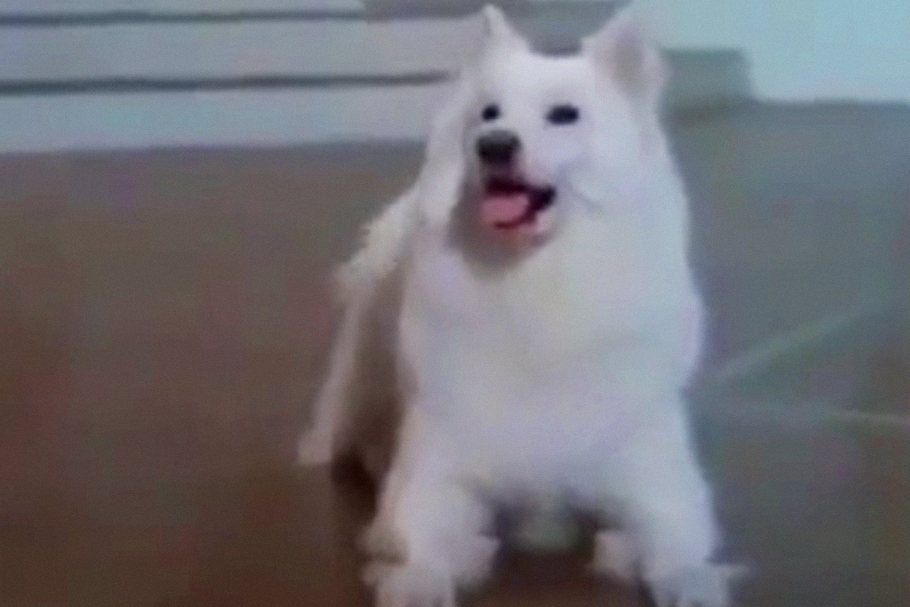 Tundra the Wonder Dog was all the rage in the early '80s, even appearing in the hit movie Against All Odds. The white pooch raked in a rate of $1,000 per day to appear on The Love Boat episode "The Dog Show." 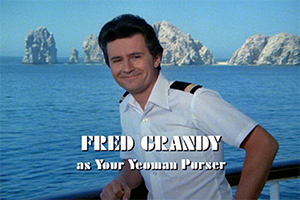 A former roommate of President Eisenhower's grandson in boarding school at Phillips Exeter Academy, Fred Grandy gave up acting to represent his home state of Iowa. He served in Congress from 1987 to 1995.

9. Bernie Kopell named his son after his character. 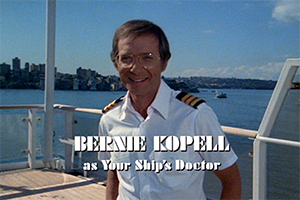 The actor played bespectacled loverboy Dr. Adam Bricker, and named one of his two children Adam. 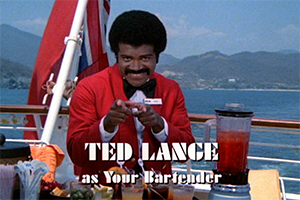 11. Dionne Warwick sang the theme song in the final season.

For the first eight seasons, the theme, which had lyrics written by Paul Williams, was belted out by the buttery voice of Jack Jones. However, the veteran Vegas crooner was replaced by Warwick for the last batch of voyages.

RedSamRackham 21 months ago
* On a real cruise ship officers are never seen in shorts and knee socks! ♫ ☺
Like Reply Delete

ELEANOR 27 months ago
I suppose they only listed happy facts. Sadly, while Fred Grandy was on shore leave in a foreign country (I think it was Turkey) he suffered horrible burns to his hands. There was no actual "doctor" on board and the "medic" on board was no help. It was up to the fellow cast members and crew to care for Fred. The shots were handled by a crew member who had experience with syringes. He was a former drug addict. Eventually the ship returned and Fred was able to access better medical care and did recover.
Like Reply Delete 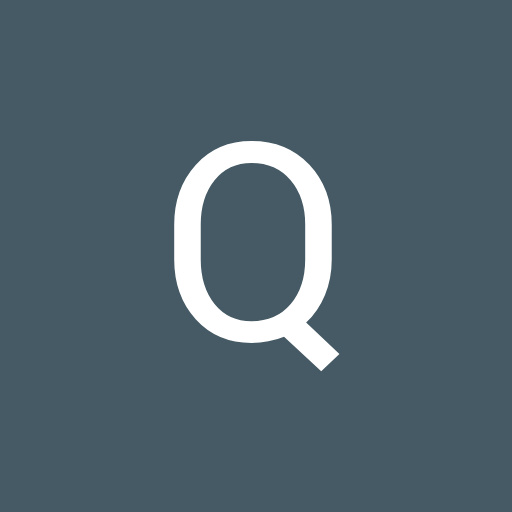 Qadir 39 months ago
Loved the show but by the last season like M*A*S*H became just drama. Comedy took too much effort. If I find a complete DVD set, the final season would remain unopened unwatched because it was un-comical. Still it was a great show and I loved to watch all the popular stars as guests. Dion Warwick is a great singer but should have left the theme song alone.
Like Reply Delete