Where To Watch Shop Store Contact
Home / Stories / Andy Griffith built a spaceship made of junk in 'Salvage 1,' a forgotten show of the 1970s
nostalgiaDo you remember

The former Mayberry sheriff took on aliens and icebergs in this adventure. 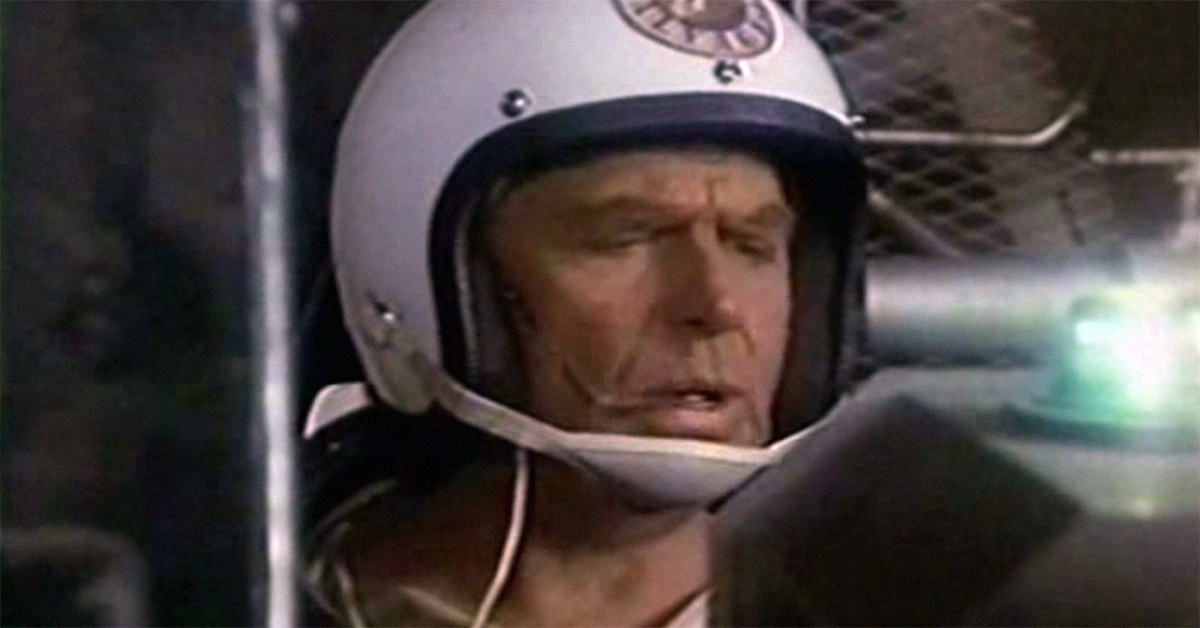 "It's difficult to catch lightning in a bottle twice," Andy Griffith mused. "But I think we've done it." The 52-year-old actor was on the set of his comeback television series, working a comfortable schedule, munching his favorite snack of peanut butter and mayonnaise on crackers, and chatting with People magazine.

Griffith would indeed catch lightning in a bottle twice. Eight seasons of the homespun Andy Griffith Show had made the North Carolina native an American icon in the 1960s. In 1986, the veteran actor would score another hit with Matlock, which aired for nearly a decade.

However, this was 1979. And Andy Griffith was filming a TV show about a junkman with a spaceship.

"Once upon a time, a junkman had a dream…" So began the opening to Salvage 1. It was not quite as catchy as "a long time ago in a galaxy far, far away," but the program could probably thank Star Wars for its existence. In the late 1970s, science fiction was hot. Mork was living in Colorado with Mindy, Buck Rogers explored the 25th century, Starbuck battled Cylons aboard the Galactica. The moon was a far distance from Mayberry and space adventure seemed like strange territory for Griffith. But the 1970s were a strange time for the television star. 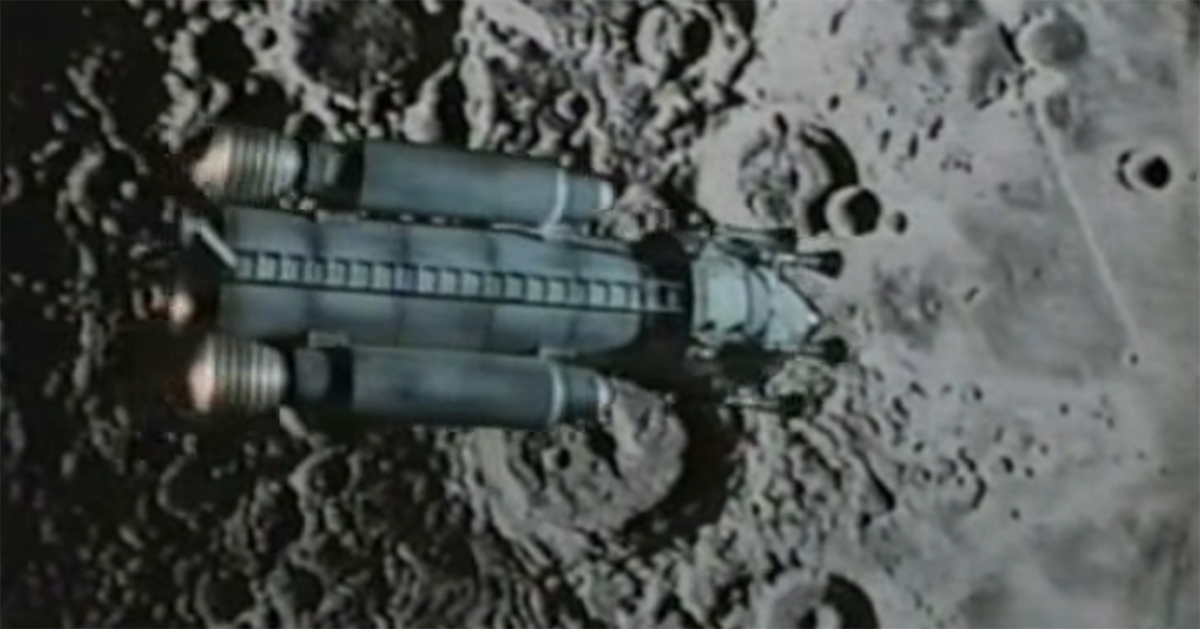 The decade began with Griffith's first outright flop, Headmaster, which cast him as the BMOC at an elite California private school. He then retreated to familiar folksy territory on The New Andy Griffith Show, which lasted mere months. In 1974, he eschewed the wholesomeness of Mayberry in two twisted TV movies. He played a sociopathic businessman chasing his employees through the desert in Pray for the Wildcats, and played another psycho hunting a man in the desert in Savages.

The 1979 television pilot Salvage would allow Griffith to explore new action-adventure territory while maintaining the rustic charm of his television persona. "I wanna build a spaceship, go to the moon, salvage all the junk that's up there, bring it back, and sell it," his character Harry Broderick proclaims in a succinct summary of the pilot.

The New York Times deemed it an "upscale, white Sanford & Son." Perhaps the comparison was unavoidable when making salvage-themed television. After their moon voyage, Harry's crew drags a World War II bomber out of a jungle, tows an iceberg from the North Pole, and seeks Civil War gold. The sci-fi elements returned occassionally, too. In one episode, Harry meets an alien from Andromeda, and in another that foreshadows Short Circuit, he befriends a runaway military robot. 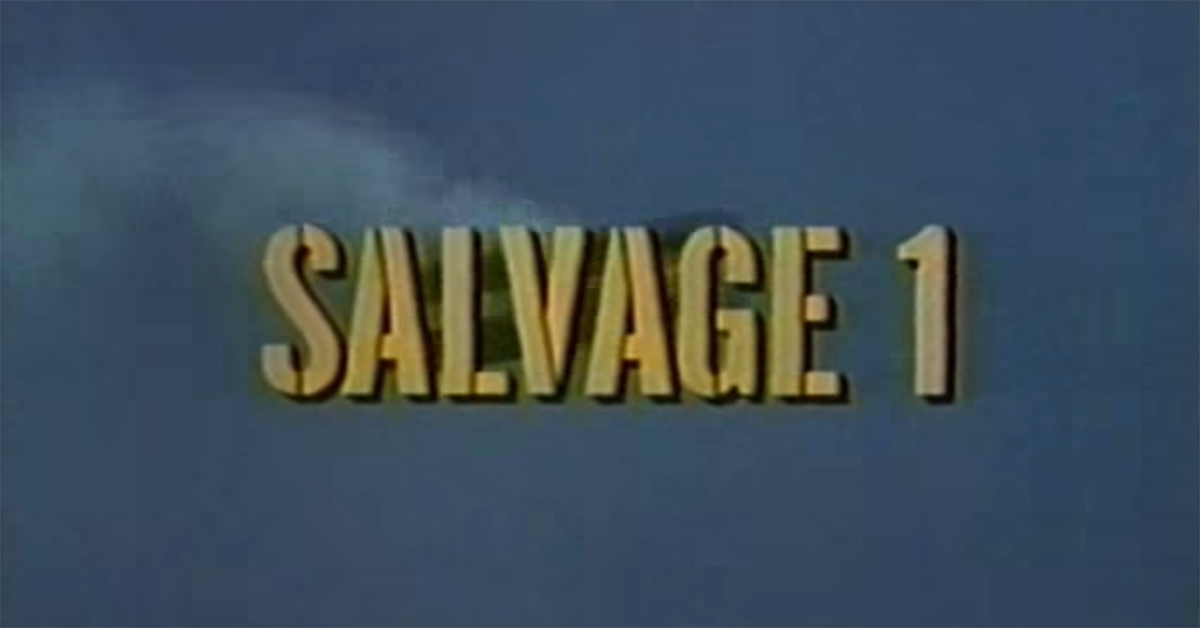 There were some serious brains behind the show. "I was also advisor, in 1979, for a few episodes of a pleasant science fiction series, Salvage 1, featuring Andy Griffith, an actor I enormously admire," literary legend Isaac Asimov recalled in his memoir I, Asimov.

Griffith initially turned down the show. "I thought it was Saturday morning television," he told People. As if that was a bad thing. However, Salvage 1 was a far cry from Far Out Space Nuts. It was an entertaining serial adventure with a crackerjack cast. The winter offering from ABC went head to head against WKRP in Cincinnati and Little House on the Prairie. That likely explains why it managed a mere 20 episodes.

There were even plans to sell a model rocket of the Vulture from Salvage 1. However, those plans were scrapped along with the show. Hopefully, the pieces were salvaged to build another model.

See Also: Do you remember the show 'Barbary Coast'?

GregoryMatthews 10 months ago
I didn't forget.
Like Reply Delete

MattBelfiore 10 months ago
It would make a fun addition to the Saturday night lineup. Just don't get rid of Kolchak. :p

theartist 10 months ago
My family loved this show when it aired! As an 11 year old boy, it appealed to me as a Star Trek and Star Wars fan. Then, we looked for anything remotely related to the aforementioned popular science fiction /fantasy film and TV show. I haven't seen Salvage one in years and still remember the theme song. The practical ideas of the show ( mostly in the pilot) were seemingly plausible. Nevertheless, it was highly entertaining!
Like Reply Delete

Inetjoker 12 months ago
Oh please bring it back it was not even on VHS in the day.
Like Reply Delete

dmarkwind 33 months ago
Not forgotten at all. I Remember watching that show with the "Translunar Vector Theorum" the ship employed, the carnival-music type title music, and the catchphrase "The Vulture has landed!" In addition, the show featured Joel Higgins, who went on success with the sitcom Silver Spoons, and Richard Jaeckel, who was a slew of other things from the movie Starman, to the original 3:10 to Yuma to Baywatch. I've been disappointed it's never been released in a video format. Any chance METV will air it?
Like Reply Delete

HerbF 33 months ago
Here's an idea - how about going to Sony television and licencing the rights to broadcast the series - just a thought. Oh, and of those 20 episodes, 4 never aired on ABC,but did show up overseas and in limited syndication in the 1990's.
Like Reply Delete