Where To Watch Shop Store Contact
Home / Stories / Do you remember the show 'Barbary Coast'?

Do you remember the show 'Barbary Coast'?

William Shatner was a secret agent in the wild, wild West in this zippy adventure. 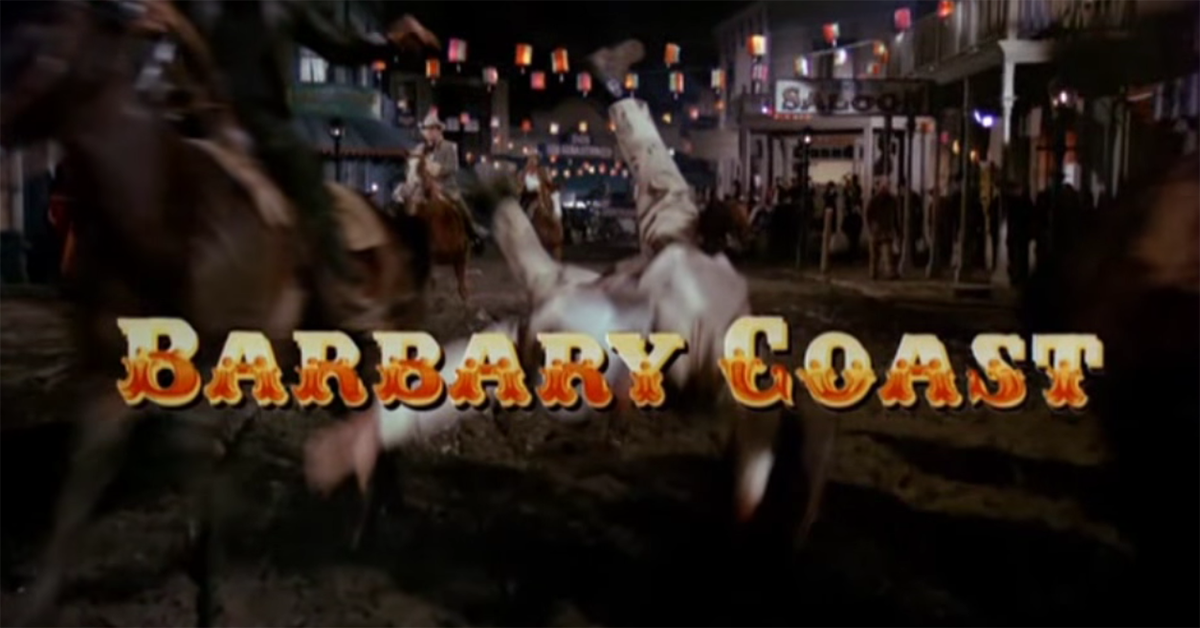 The resume of William Shatner lists more hit shows beyond Star Trek. In the 1980s, the actor was a steady presence in American living rooms as the lead on T.J. Hooker and Rescue 911. His voyages aboard the USS Enterprise continued on the silver screen from 1979 to 1994. Yet that ten-year stretch between the cancelation of Star Trek and Kirk's first film adventure was a rocky one for Shatner. At one point in the early 1970s, he was living in a pick-up truck in the San Fernando Valley.

To his credit, Shatner pushed to break stereotype, took work where he could find it, studied karate, even appeared on game shows. He booked small guest spots on series such as Ironside, Mannix and Mission: Impossible. Finally, in 1975, Paramount gave the actor another shot at headlining a primetime show. Barbary Coast would attempt to revive the sort of fantastical western adventure last seen a decade earlier on The Wild Wild West.

Barbary Coast teamed Shatner with Doug McClure. The two had previously crossed paths on a couple episode of The Virginian, McClure's prior significant gig. Shatner starred as Jeff Cable, a secret agent and master of disguise in 19th-century America. His spy character operated out of a casino owned by Cash Conover (McClure). The cast also included all 7' 2" of Richard Kiel, the giant who would soon terrorize James Bond. 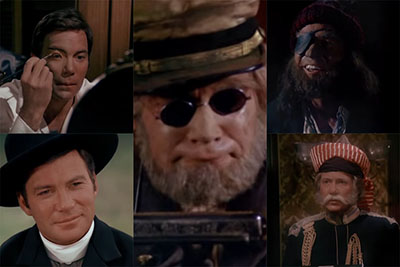 Shatner was a man of many faces on 'Barbary Coast.'

The concept of having a go-for-it actor like Shatner slip into various personas was rather inspired. He clearly enjoyed being a man of many faces. The series itself enjoyed a decent slot leading into Monday Night Football — the same hour Gunsmoke had held on a different network. Bill Bixby directed the pilot (which had Dennis Cole filling the role of Cash Conover). All good signs.

However, much was working against the show. For starters, the western was on its way out — and had been on its way for a while, since the Rural Purge at the start of the '70s. Gunsmoke had managed to hang on until 1975. (As TV Guide noted in its preview at the time, "With Gunsmoke gone, this is the closest thing to a Western you'll find on network TV this fall… strictly speaking, it's not quite a Western.") Another obstacle was going head-to-head with Rhoda and Phyllis.

The critics were harsh, too, noting the show's tonal incongruity. Cleveland Amory wrote in TV Guide:

Barbary Coast is half adventure, half spoof and all complicated. The plots are so involved that it takes someone with nothing else on his mind to understand them. If there’s anything that makes a spoof go poof, it’s not knowing what’s going on — before they start making fun of it.

Still, perhaps the biggest issue of all was that Barbary Coast was a 1960s-style show with a 1980s approach in the midst of the 1970s. It was either behind the times or too ahead of them. Shatner, thankfully, would not let its brief run of 13 episodes stop his comeback.