The cast from the 1966 series team up again for 'Batman: Return of the Caped Crusaders.' 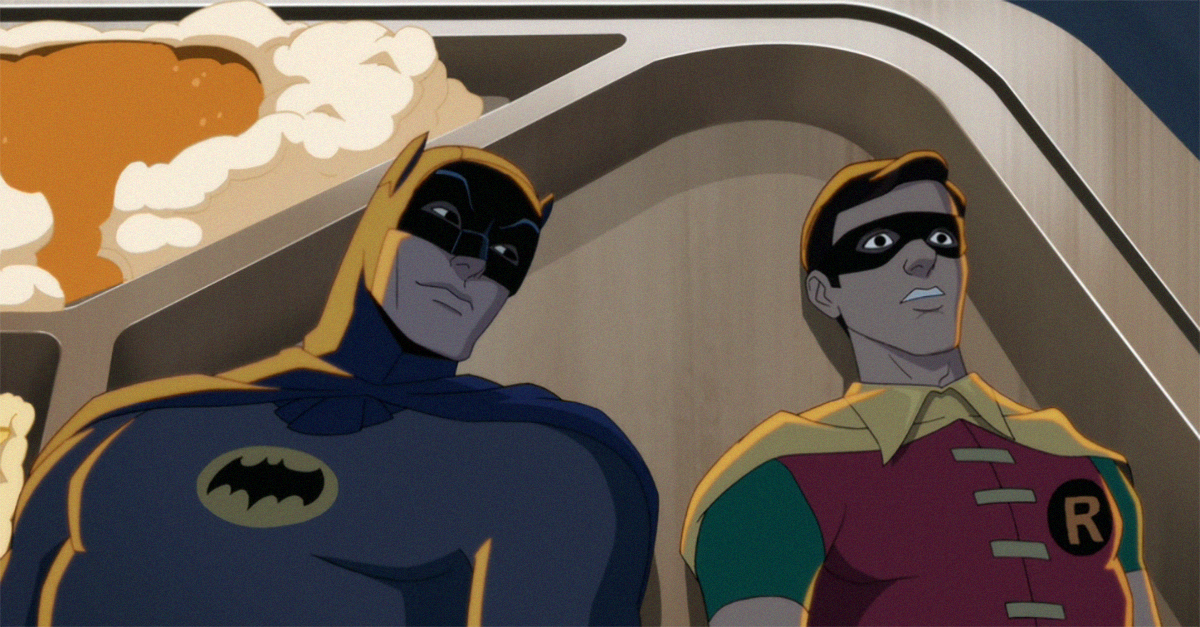 At last, we know the secret plans of Adam West and Burt Ward! For months, the dynamic duo of TV legend have been teasing us with hints about an upcoming project. Now we know what that project will be.

As we suspected, the actors have reunited for a new animated film. The Batman and Robin of the 1960s return for a new adventure this fall in Batman: Return of the Caped Crusadors. The movie will be available October 11 on Digital HD format and November 1 on Blu-Ray Combo Pack.

See Also: 11 BAM! POW! things you might not know about 'Batman'

Get a taste of the film's look and feel with the new teaser. West and Ward voice their iconic characters, who are tied up atop a giant TV dinner. Check it out here via Rolling Stone.

There's even more good news! West hints at the plot when he says that the superheroes will take on "Joker, Riddler, Penguin, Catwoman on earth… and in space!" Voicing Catwoman? None other than Julie Newmar! Hooray!

DC Comics has found great success of late reviving the camp, small-screen iteration of its vigilante with the Batman '66 comic book series. This should be a blast. Er… BAM!! Of course, until then, you can catch Batman on MeTV's Super Sci-Fi Saturday Night.