ABBA performs for the first time in 30 years 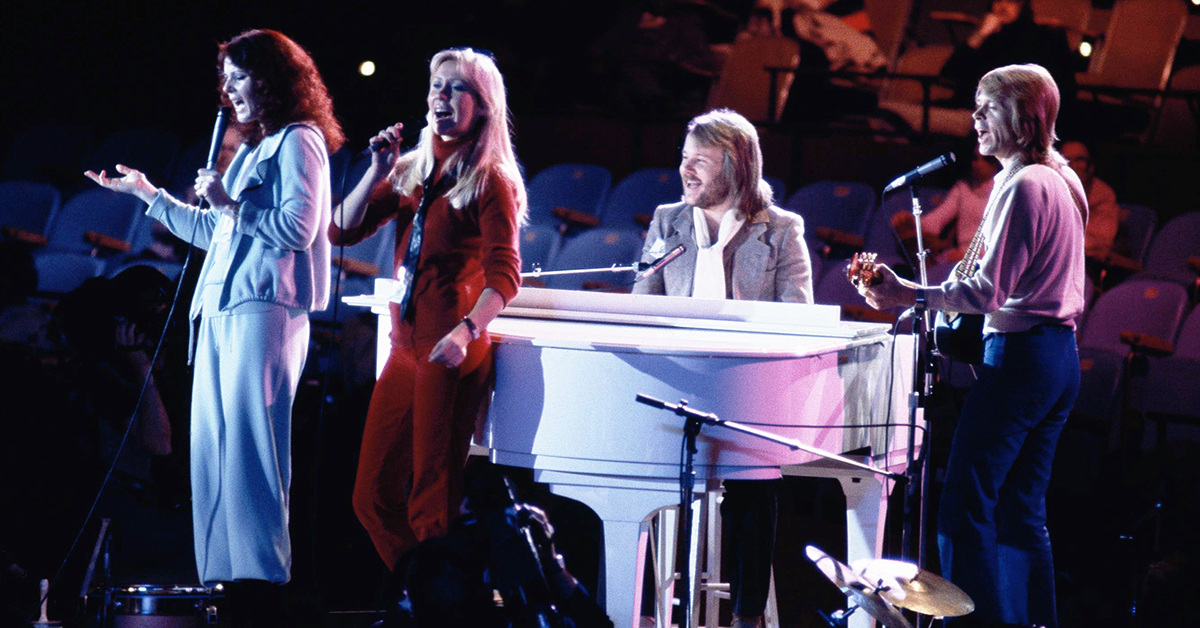 After three decades of silence, the Swedish pop group that rocked the disco era surprised fans by making music once again. ABBA very briefly took the stage Sunday, making it their first performance in 30 years.

At the private party in Stockholm, guests say they were treated to an impromptu performance of "The Way Old Friends Do," from the 1980 album Super Trouper. Falskog and Lyngstad were singing the song when Ulvaeus and Andersson joined them, effectively ending the band's 30-year drought of performances.

A few photos from the event have been circulating around the internet, but so far no video of the performance has been made available.

The four members of Abba have appeared together in Sweden, surprising fans with a singalong. https://t.co/HRb07weLespic.twitter.com/Su50alSJKU

See Also: The song of summer for every year in the 1970s

Although the two founding members met 50 years ago, it took a while before the ABBA we know and love took shape. The band formed in the early 1970s and won the Eurovision Song Contest in 1974 with their upbeat performance of "Waterloo". The song became a hit, and the rest is history.

ABBA disbanded in 1983, but reunited three years later in a performance honoring their manager. Since then, the group has seldom made public appearances together.

But Sunday's reunion is the second time ABBA has made an appearance this year. In January, the founding members attended the opening of Mamma Mia! The Party in Stockholm, a restaurant based on the musical featuring the group's top songs.

See Also: 14 Strange Dolls of Famous Musicians from the 1970s

If the recent performance and reunion make you think the Swedish hitmakers will reunite, don't get your hopes up. The group has always resisted the urge to reunite, and reportedly turned down a $1 billion offer to tour in 2000.

"It was such a long time ago, and we are getting older," Faltskog told the BBC in 2013. "We have our different lives."

But Sunday's homecoming was a reminder of ABBA's massive success. "It was absolutely amazing. A lot of emotions," said Lyngstad of the party. "We've made this journey throughout our history. It's been very nostalgic."