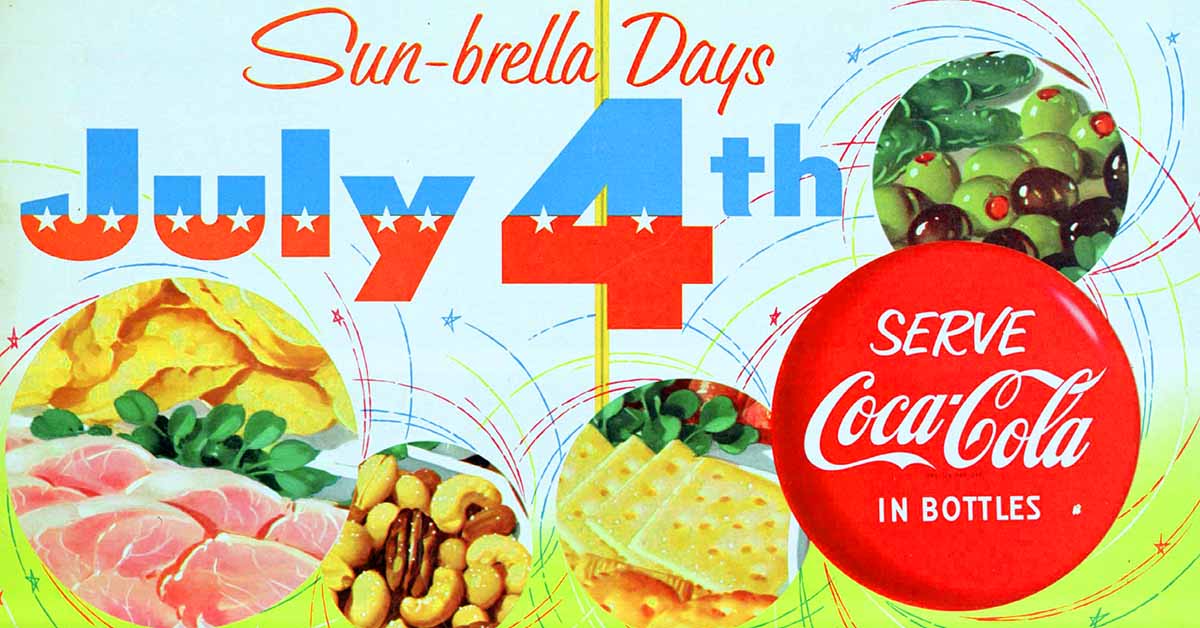 Three industries undoubtedly set their annual calendars around the 4th of July — fireworks, soft drinks and hot dogs. Those items fly off the shelves, because it's not Independence Day in America without cookouts and colorful explosions in the sky. 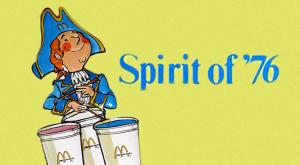 We're guessing the ice cream biz sees a major uptick in sales, too.

Of course, you can see all of this in vintage ads. Coca-Cola, franks and fireworks have used up a lot of red and blue ink over the years promoting their products for the holiday.

Let's take a look at some of our favorites from back in the day. 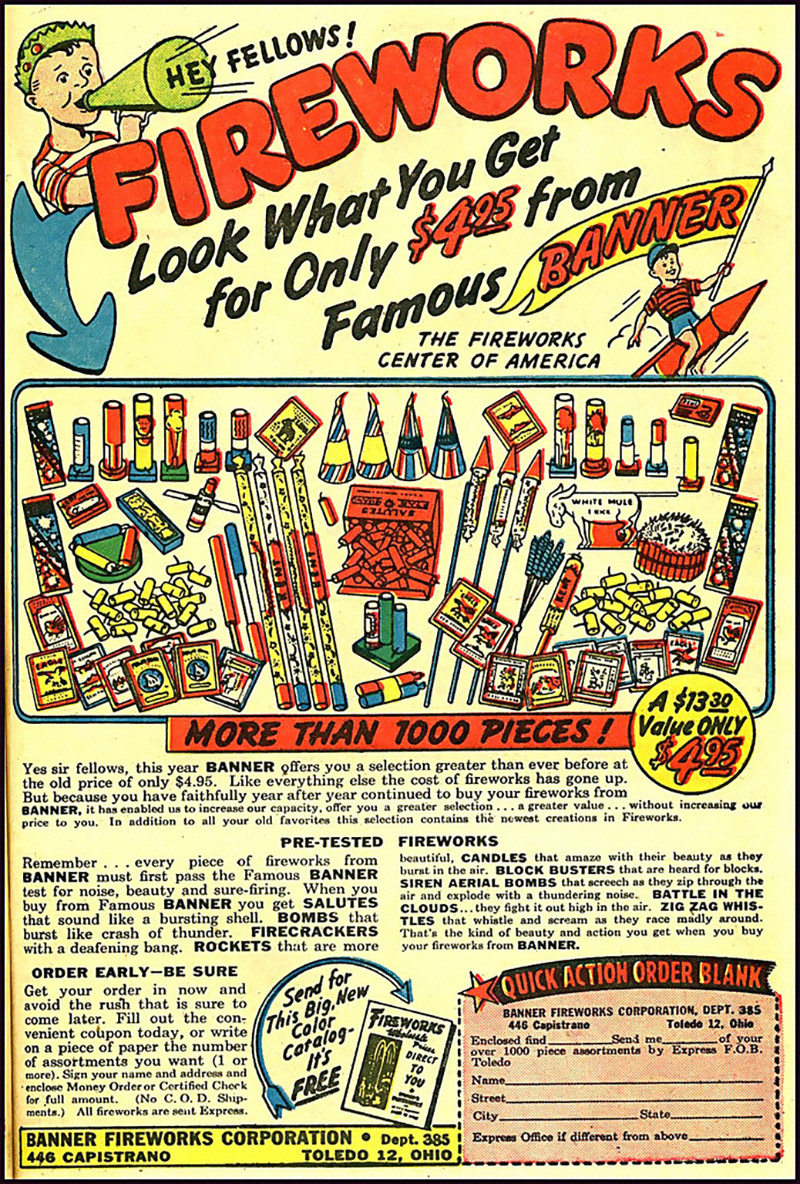 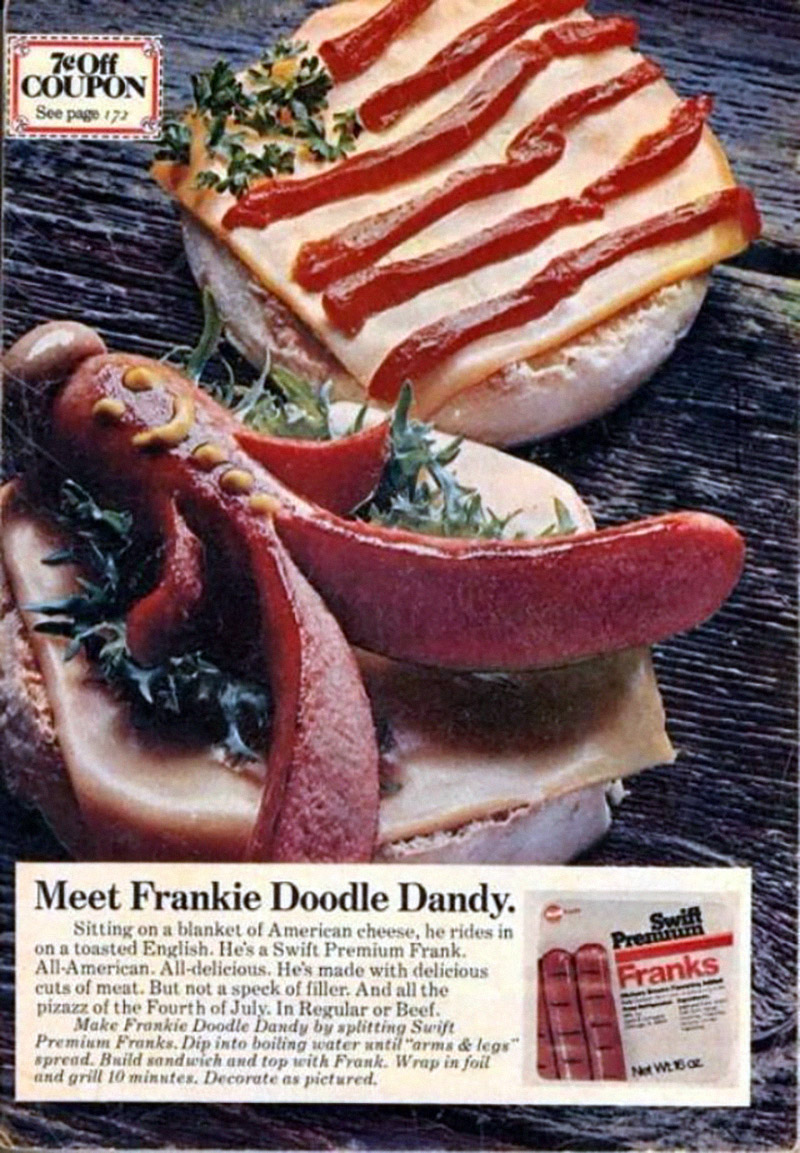 Let's salute Frankie Doodle Dandy. And then eat him. We love the ketchup stripes and parsley stars on the cheese flag, too. 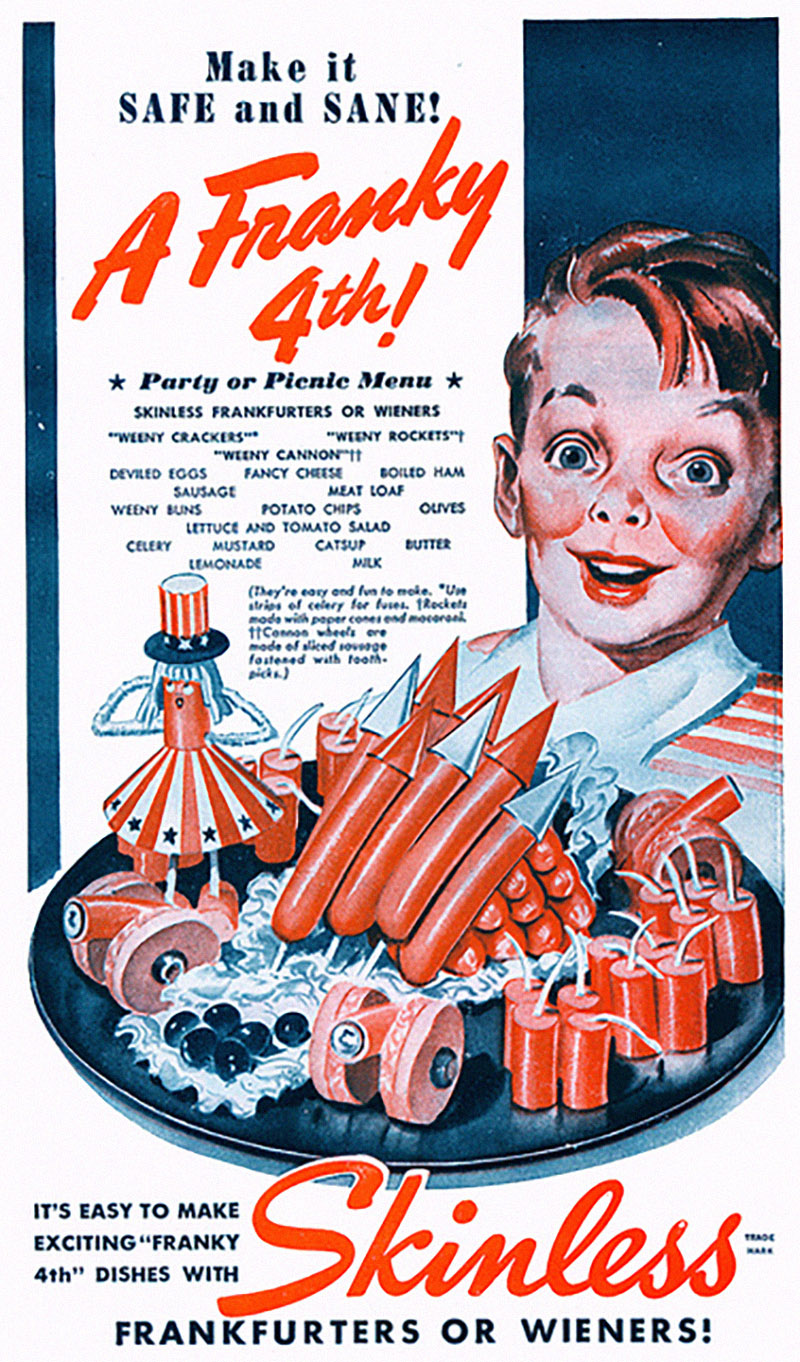 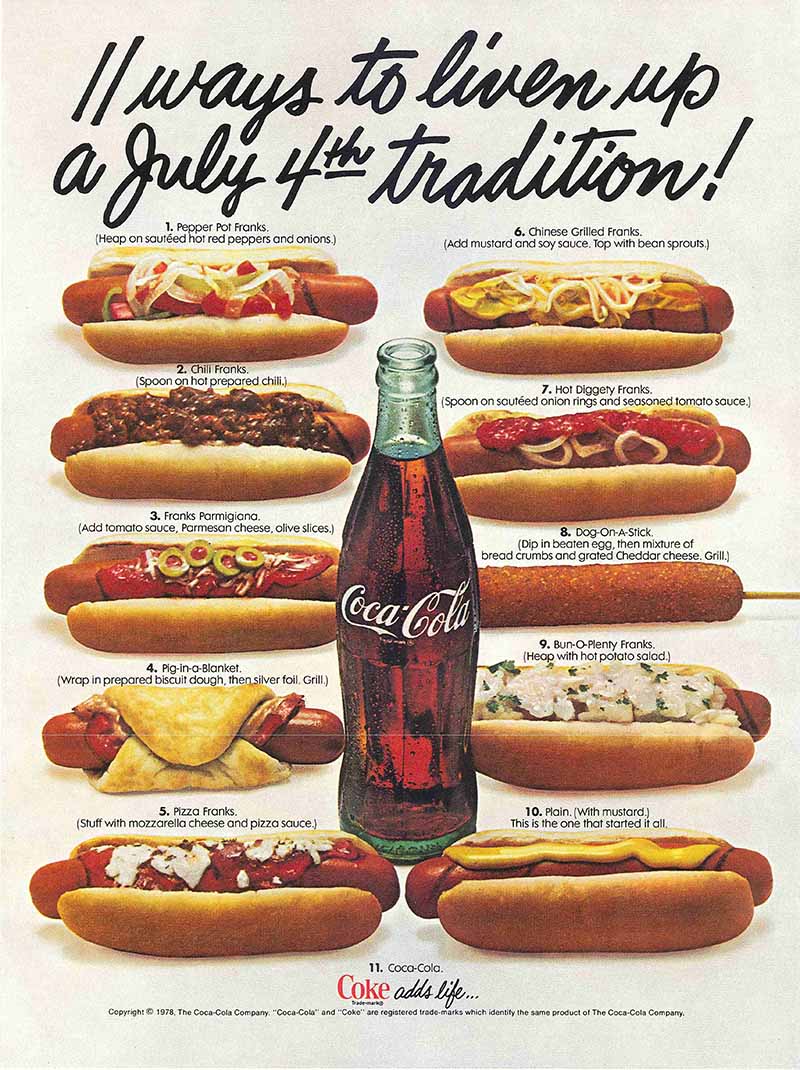 Coke proved there is more than one way to serve up a dog. 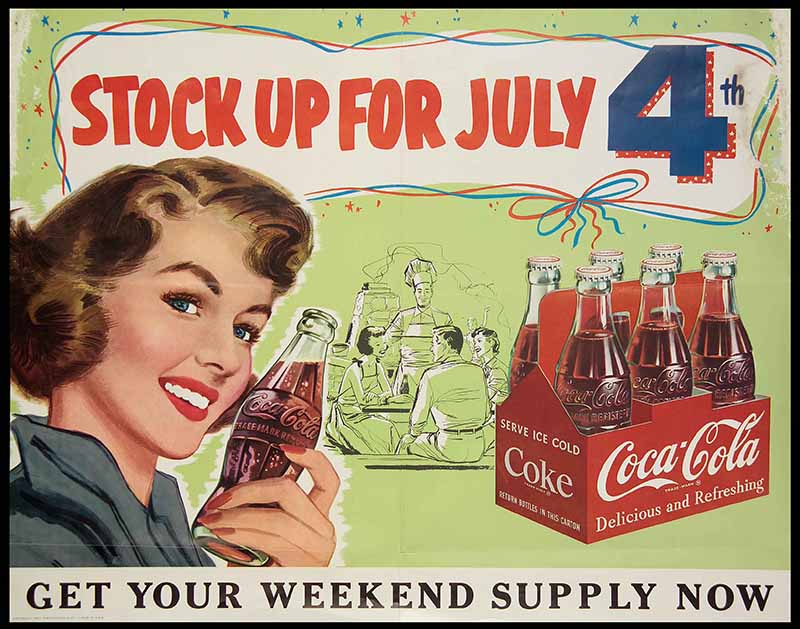 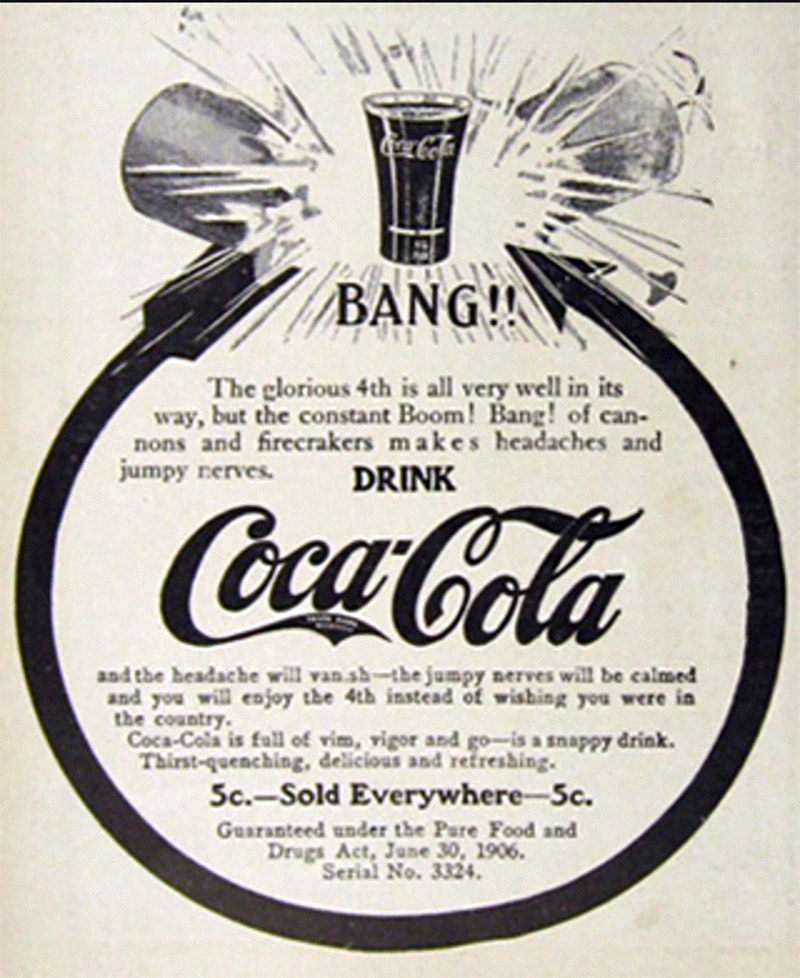 Are all those fireworks putting you on edge? "Jumpy nerves will be calmed by Coca-Cola." Nothing like caffeine and sugar to calm you down. 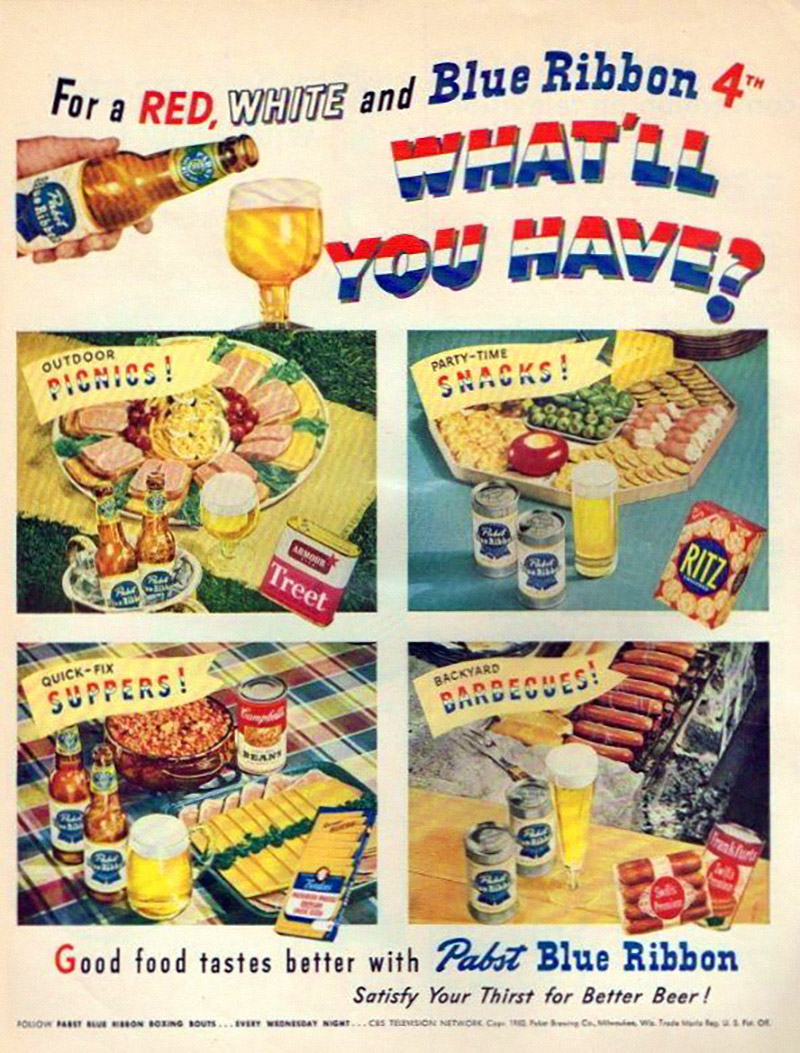 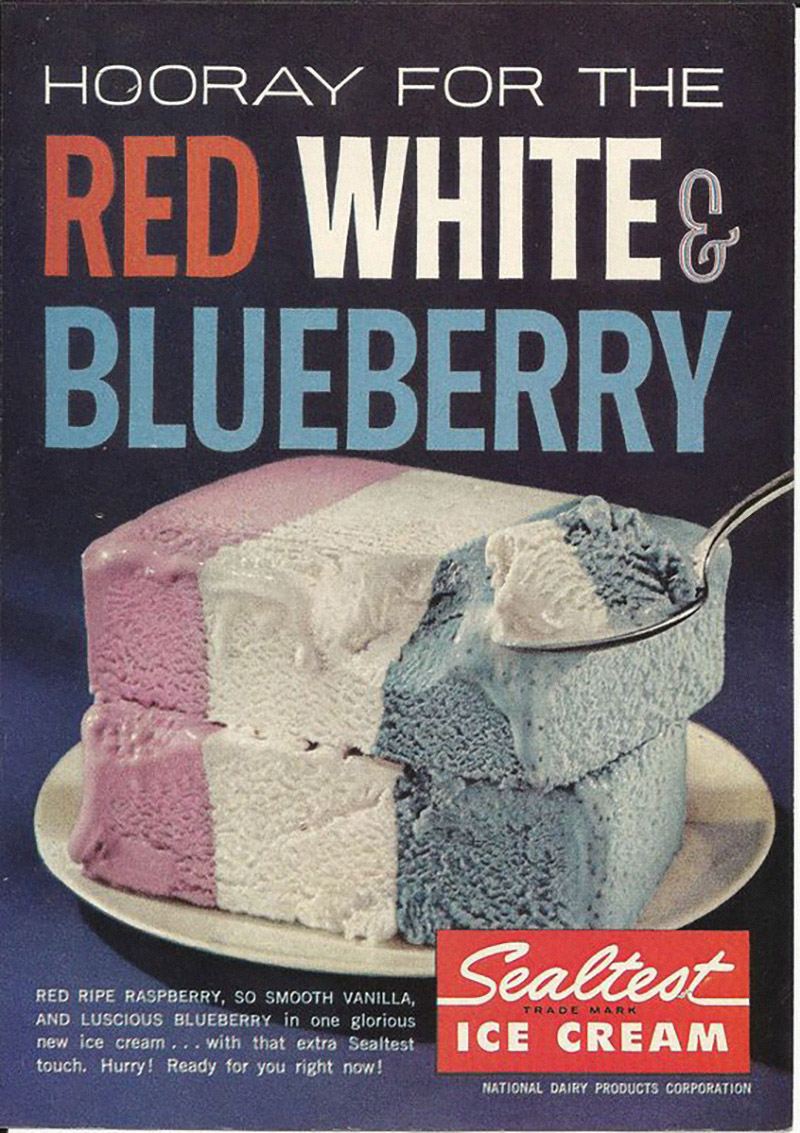 Red, white and blueberry. If you have "blue" in your product, you have to advertise on the 4th. 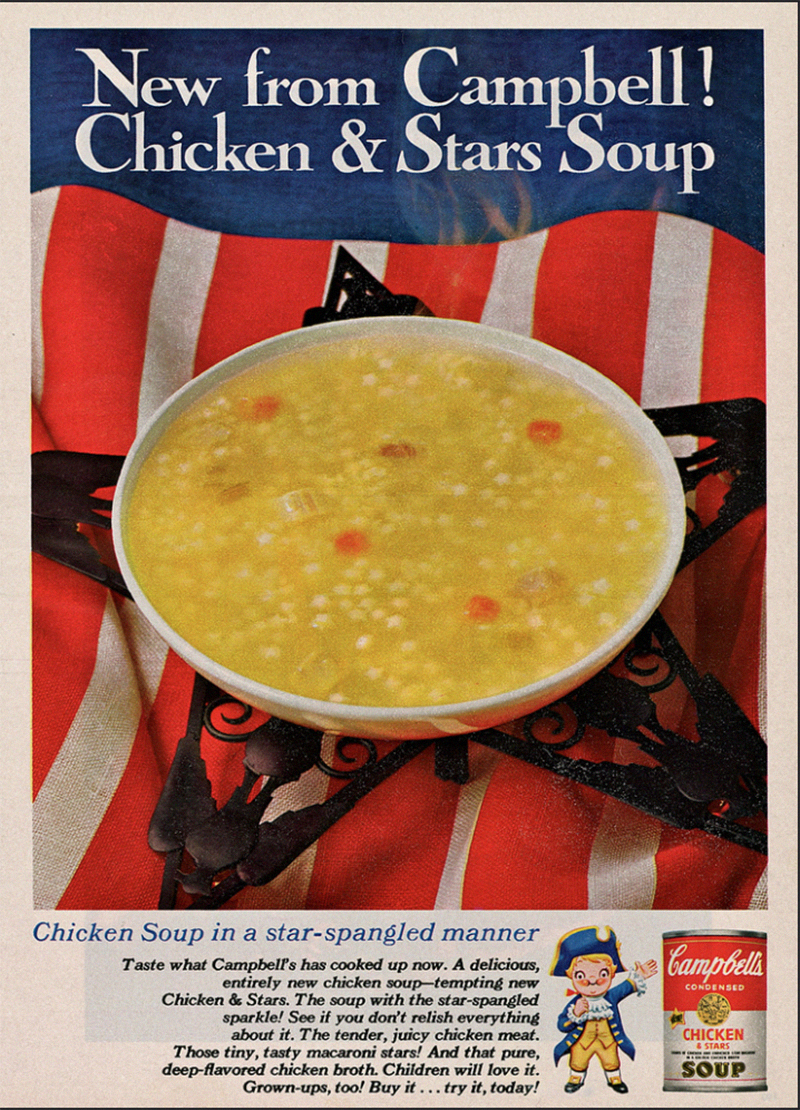 Nothing like a hot soup on a hot day. 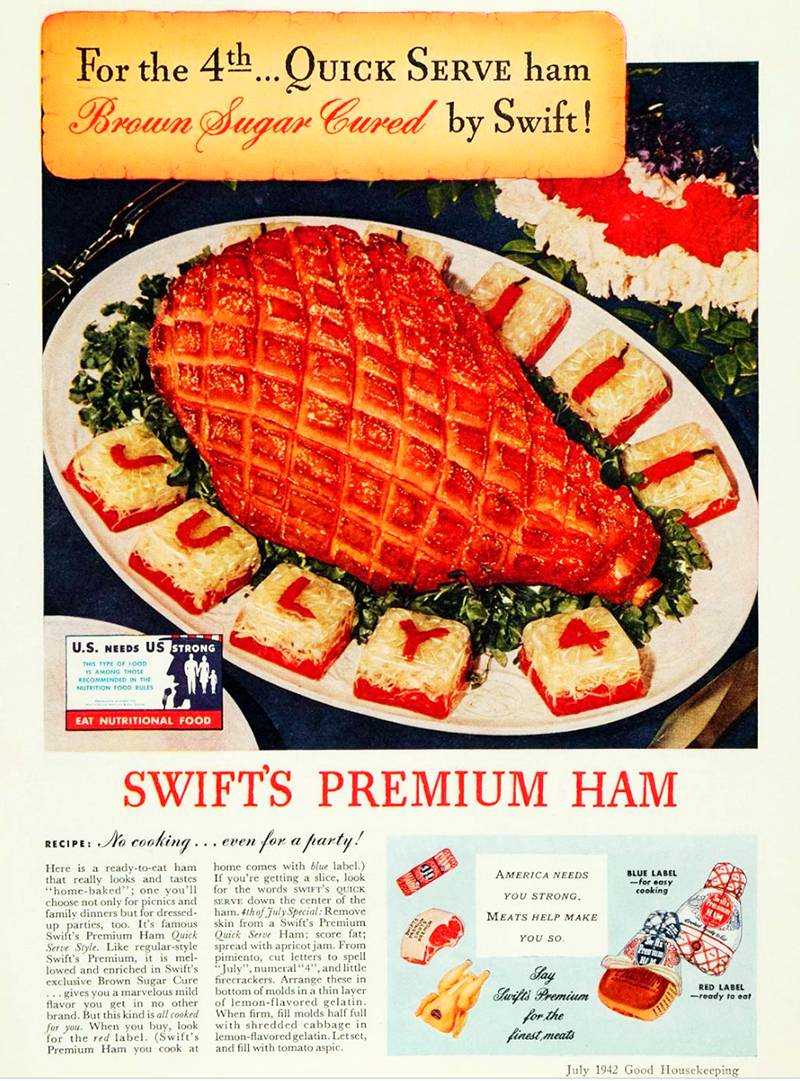 We eat ham at every holiday, don't we? 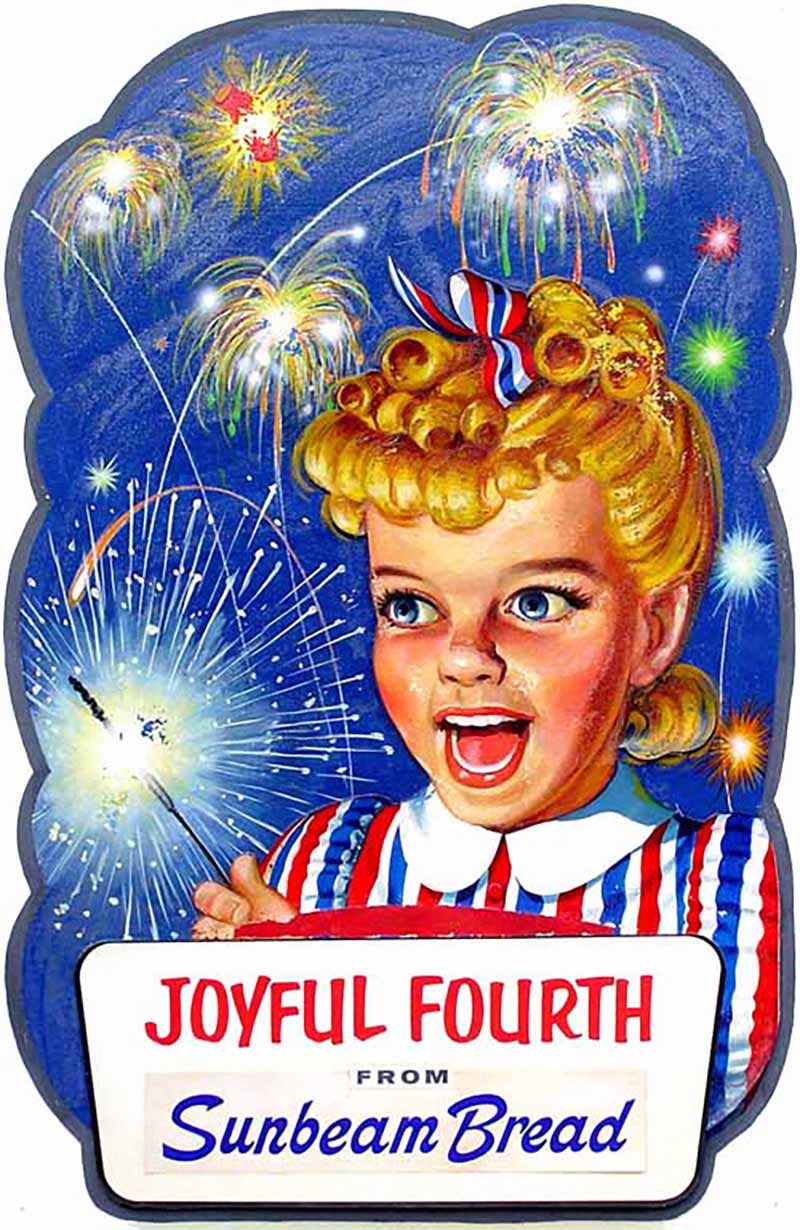 "White bread" is a synonym for "boring." But throw in some fireworks? This girl is just dazzled!

Wyatt 41 months ago
I see Frankie Doodle was riding on his English muffin - how treasonous! lol
Like Reply Delete