Before he was Barney, he was Windy and Wilbur. 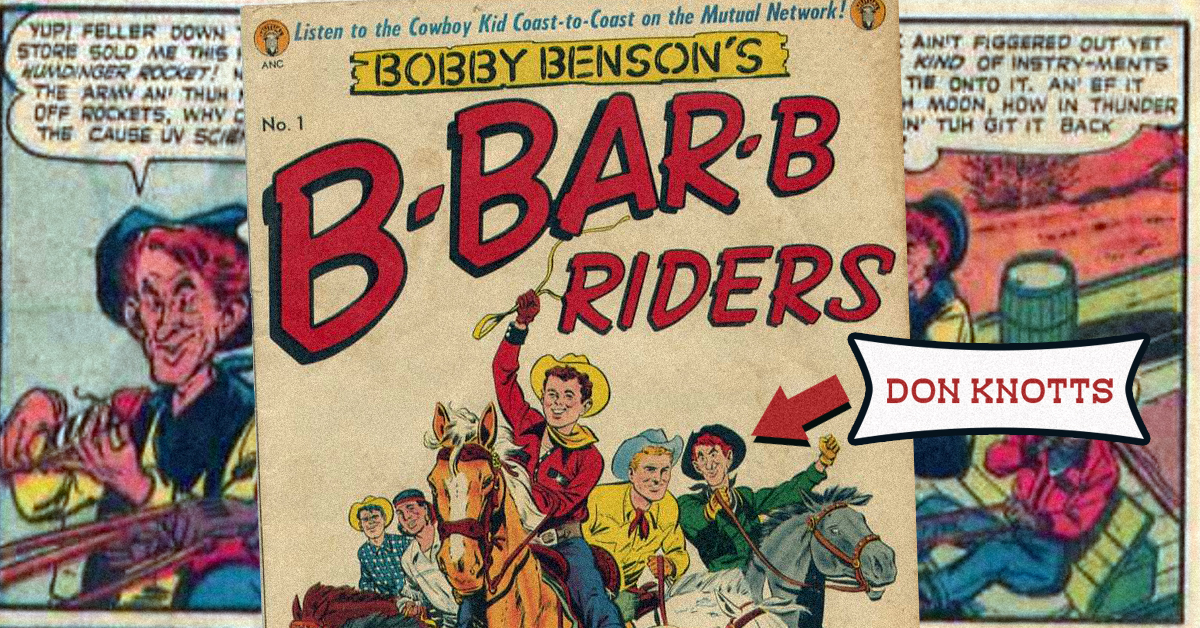 So many entertainers of the 20th century began their adult lives serving in World War II — how could they not have been swept up by the conflict — and it was in the service that they truly made their first showbiz connections. The unlikely career of Don Knotts, from West Virginia ventriloquist to Hollywood movie star, sprang from a chain of friendships and good fortune that trace back to his time in the Army.

Knotts was a member of Stars and Gripes, a G.I. variety show entertaining troops in the South Pacific during WWII. After a performance in New Guinea, Knotts was approached by Lanny Ross, a popular singer and film star who had caught the act. Ross complimented Knotts on his act and told the young man to look him up in New York if he ever got the chance.

Cut to 1948, and young Knotts is now a veteran, UWV graduate and newly married man in New York City, looking for a big break. "After I had been knocking around New York for while, nobody had been giving me much time, I thought, maybe I'd better call Lanny Ross," Knotts remembered in an interview with the Archive of American Television late in life. In fact, Knotts wrote the pop singer a letter. 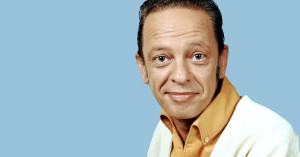 "I thought he'd forget about it," Knotts said of their past encounter in the Pacific. But Ross did indeed remember the comic, and gave him a shot to do a monologue on his radio show, a singing-chatting program that aired on the Mutual radio network. The writer of Lanny Ross' program was next developing a children's cowboy series for Mutual, Bobby Benson and the B-Bar-B Riders. Knotts, then in his early 20s, was hired to play a wily old-timer named Windy Wales.

Though now, like most radio programs, is largely forgotten, Bobby Benson was wildly successful in its time. Well, times. It was on twice, actually. The original run featured 15-minutes tales, aired from 1932–36, and was created largely as a vehicle for selling cereal to kids. The reboot with Don Knotts would end up galloping along from 1949–55.

Aside from its juvenile protagonist, Bobby Benson offered a rather unique twist for little Boomers — it was set in the modern era. Benson was a 12-year-old running his inherited cattle ranch, with the help of ranch hands like Windy Wales. The afternoon show spawned a comic book which ran for 20 issues from 1950–53. You can listen to some episodes, and hear Knotts' unmistakable voice, here.

Anyway, to the point of this whole tale, the promise of the headline…. This adventure story for children led to a most unexpected television debut for Knotts.

Another star of Bobby Benson and the B-Bar-B Riders was Charles Irving. The actor had his hands in all aspects of production, from producing to writing and directing. While performing on the radio, Irving was also getting a new television soap opera off the ground, called Search for Tomorrow. Irving gave Knotts a role on the soap — his first ever television credit — portraying Wilbur Peterson. Daytime drama was a far cry from ventriloquism and slapstick, but it proved to be a springboard nonetheless.

It just goes to show you, it's all about connections.

Speaking of connections, Irving and Knotts would cross paths again… and again. Irving directed a couple memorable episodes of The Andy Griffith Show, "Class Reunion" and "Rafe Hollister Sings." Andy Griffith was no stranger to Irving, either. The two of them had worked together in the 1957 film A Face in the Crowd. Hollwood is a small world. Or, well, the world was just smaller back then.