Where To Watch Shop Store Contact
Home / Stories / 15 things you never knew about Don Knotts
Did you know?

Learn more about the man behind Barney Fife, from his Army days to Pleasantville. 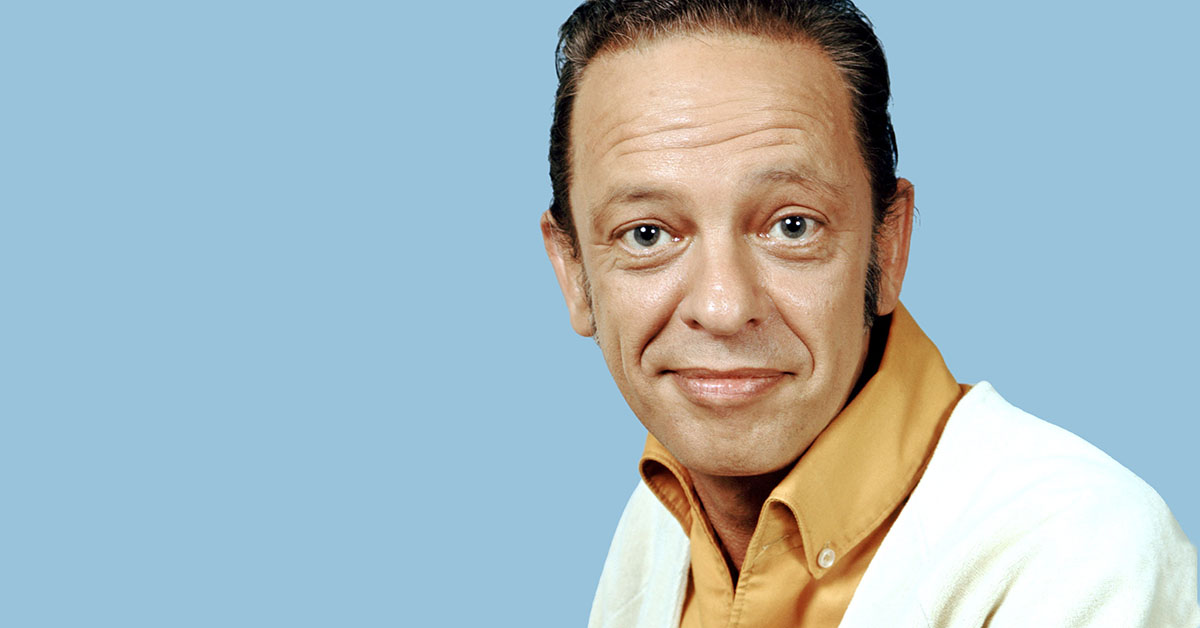 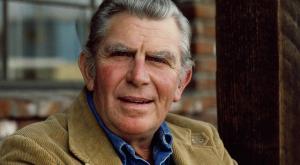 Few television actors are more beloved than Don Knotts. The West Virginia native warmed hearts and tickled funny bones as Barney Fife. But Knotts was far more than a citizen of Mayberry. The comedian appeared on Broadway, performed skits, starred in Disney classics, hosted television shows and much more.

He first appeared with Andy Griffith in the film No Time for Sergeants. The two were lifelong friends. To celebrate the man, here are some fascinating facts about Don Knotts.

1. He served in an Army comedy troupe during WWII. 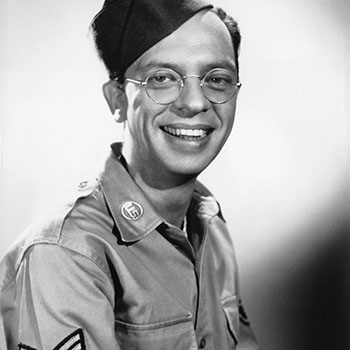 Knotts served from 1943 to '46. He was part of a performance group called Stars and Gripes, which performed in the Pacific. Earlier this year, someone uploaded an autograph card to Flickr that featured signatures of the Stars and Gripes performers. Knotts wrote: "Happy Birthday, Mrs. Checco, from Al's Morgantown buddy, Don Knotts."

2. He performed with a ventriloquist dummy named Danny "Hooch" Matador. 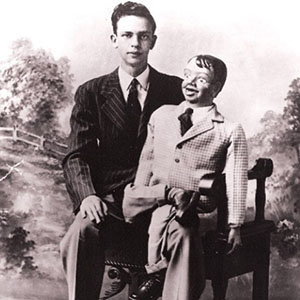 At first, Knotts only performed with a wooden dummy named Danny. As he recalled in his memoir, Barney Fife, and Other Characters I Have Known, Knotts received a compliment from elder comedian Red Ford, who said, "You're a funny little son of a bitch." The dummy was ditched…

3. He tossed Danny Matador into the ocean. 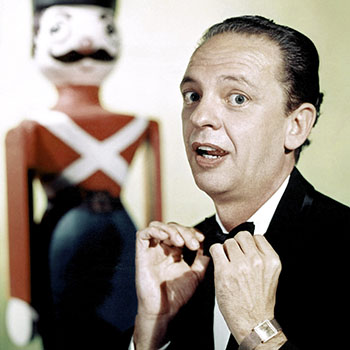 According to Knotts, he threw the dummy into the South Pacific. Who knows if that's the truth, but we like to imagine him sitting somewhere on the ocean floor.

4. His first television role was on a soap opera. 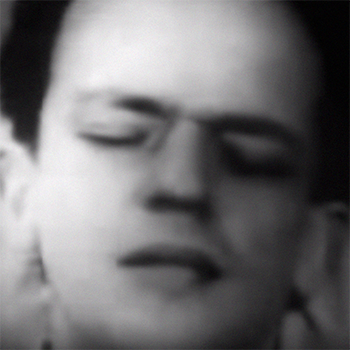 The casting director certainly did not know how to best utilize Knott's talents in Search for Tomorrow, as the young actor played Wilbur, a man lying unconscious in a bed. Watch a clip.

5. He recorded one stand-up comedy album. 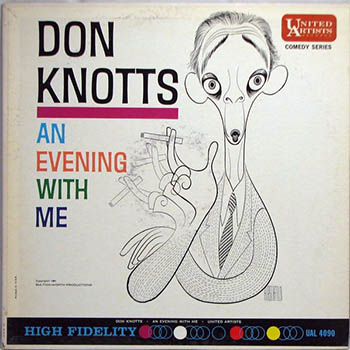 It's no wonder that The Andy Griffith Show was so darn funny, and continues to tickle today. Andy Griffith broke onto the scene in 1953 with his gut-busting monologue "What It Was, Was Football." His television co-star and great friend had the chops to be a stand-up comedian, too. On his only comedy album, 1961's An Evening with Me, Knotts delivers his riotous "Weatherman" routine, which he would also famously perform on The Steve Allen Show.

6. He won three Emmy awards in the first five seasons of 'The Andy Griffith Show.' 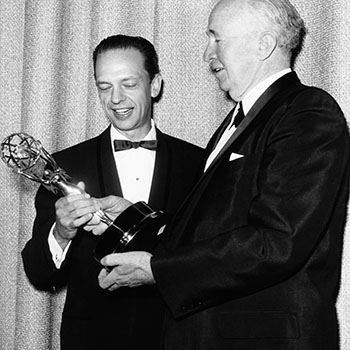 7. He left 'The Andy Griffith Show' because he thought Andy would end the series after five seasons. 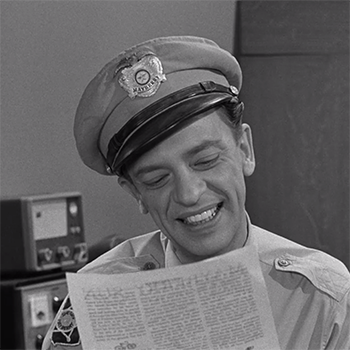 According to Knotts, Andy Griffith repeatedly expressed his desire to end the sitcom after its fifth season. So, during the production of that fifth season, Knotts began to explore a big screen film career, and entered talks with Universal Pictures. When Andy decided to keep the show going another three years, Knotts opted to stick with his film career, entering a five-movie contract with the studio.

8. 'The Ghost and Mr. Chicken' was based on an 'Andy Griffith Show' episode and featured much of the cast and crew. 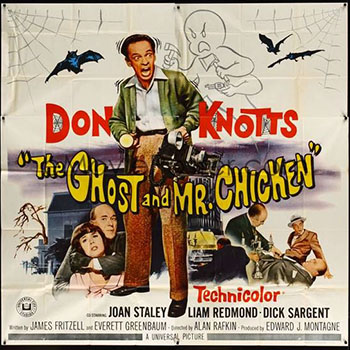 For his first movie after leaving the sitcom, Knotts brought along many coworkers — and a concept. Knotts took the idea for the plot from the episode "The Haunted House." Frequent Andy Griffith writers Jim Fritzell and Everett Greenbaum handled the script. Director Alan Rafkin had helmed 27 episodes of Andy. Several familiar Mayberry faces popped up, too. Hal Smith, a.k.a. Otis, appears, as do Dorthy Neumann (Otis' wife) and Hope Summers.

9. Even Andy Griffith was a, er, ghost writer on 'The Ghost and Mr. Chicken.' 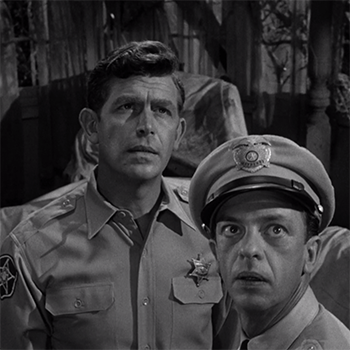 Yep, even Andy himself had a hidden hand in the development. Knotts recalled, "Remembering what a good story constructionist Andy Griffith is, I called Andy and asked if he would consider helping us put this story together. He said he'd be happy to."

10. He hosted a short lived variety show with Gary Burghoff in 1970. 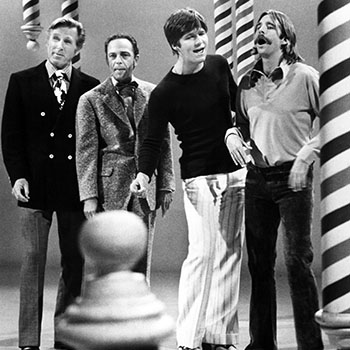 The Don Knotts Show lasted mere weeks in the 1970–71 season, despite the comedy show featuring a ton of talent. Gary Burghoff, best known as Radar on M*A*S*H, was a featured player. Additionally, Florence Henderson, Chuck Connors, the Carpenters, Jill St. John and most of the Bridges family (pictured here) appeared. 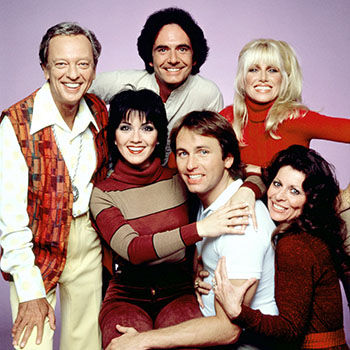 In 1980, riding a wave of fame, Somers demanded more money, requesting a significant pay bump from $30,000 an episode to $150,000. The actress skipped tapings of the sitcom. The writers would produce alternate scripts that included Chrissy, printed in pink, and that omitted her character, printed in blue. In her absence, her lines often went to Knott's Mr. Furley, as in “And Justice for Jack.”

12. Dick Van Dyke was originally intended to play the TV repairman in 'Pleasantville.' 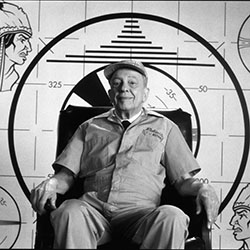 In early drafts, the script intended for Van Dyke to fill the nostalgic role, running Rob's TV Repair, which was named for his character Rob Petrie on The Dick Van Dyke Show.

13. Knotts was unavailable to re-record his dialogue in 'Pleasantville,' so an impersonator supplied his voice. 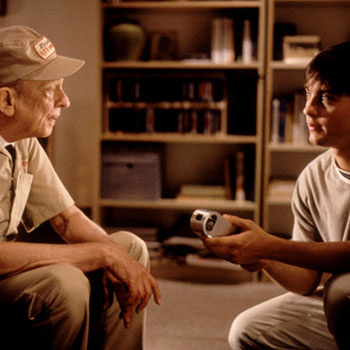 In the business, the process of re-recording actors' dialogue in post-production is known as looping. Knotts was not able to tape his lines in post, so comedian Craig Shoemaker had to fill in, doing his best Don Knotts impersonation.

14. A statue of Barney Fife was destroyed due to usage rights. 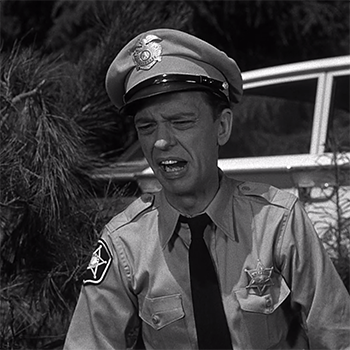 In 2006, after the passing of Knotts, Tom Hellebrand commissioned a statue of Barney Fife to be erected in Mount Airy, North Carolina, the hometown of Andy Griffith and the inspiration for Mayberry. Work on the statue was halted after Paramount/CBS, which owns the rights to The Andy Griffith Show, withdrew its approval, citing the rights to Knotts' likeness belonging to his estate. After three months of trying to find a new home for the statue, Hellebrand had it destroyed.

15. There is now a new statue of Don Knotts in his hometown in West Virginia. 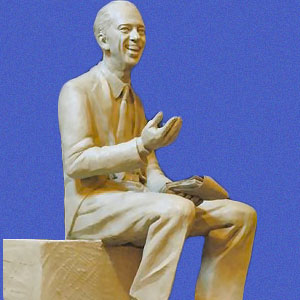 No worries, though, as Knotts eventually got his much deserved statue. The sculpture will be unveiled on July 22, 2016, in his hometown of Morgantown. Sculptor Jamie Lester is the artist who crafted the piece.

OlgaBagley 5 months ago
15 you never know about Don knotts #15. Is Scary Shit With the life life Statue
Like Reply Delete

DeborahRoberts 6 months ago
Wish I could have seen the first statue that was destroyed. The statue pictured here looks like Jimmy Stewart to me. The best statues I've seen of the old TV stars are the ones commissioned by TVLand.
Like Reply Delete 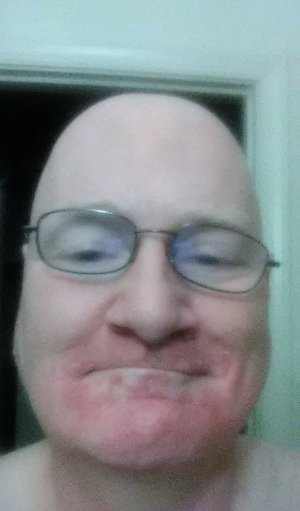 Zombie 25 months ago
Wow! Interesting tidbits about Don Knott's life that I never knew about. I enjoyed it. Thank you for the update about him.
Like Reply Delete

TerryLafferty 33 months ago
I hope the TV Land Station is available in Heaven. If so, I'll be stretched out on a fluffy cloud with my dog, Sluggo, watching re-runs of the Andy Griffith Show!

Dea4 43 months ago
Love the Andy Griffith show, it is truly a classic.
Like Reply Delete 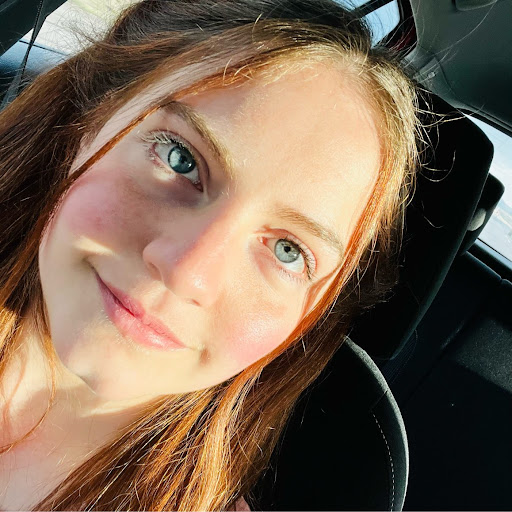 Lenore 47 months ago
So I guess I’ll be the third to comment on this article. Honestly I had no idea that anyone was still interested in the Andy Griffith show but me and my family. Actually I’m only 17 so a pretty unusual teenager I guess to be watching this in 2019! Lol But Im loving every bit of it especially Barney :) Crazy that no one left comments till this month! ( I’m posting this on 3-11-19 )
Like (1) Reply Delete

OlgaBagley Lenore 5 months ago
It. Proves You Got Class & Taste
Like Reply Delete

BuckeyeBeth 47 months ago
I'll be the 2nd to comment Jeff! I'm here on 3/9/19.
Good little article. I always wondered why Don left the Andy Griffith Show. Usually it's about money or disagreements with the cast, crew or higher ups. He actually left because he thought the show was ending. Good to know. :)
Like Reply Delete

JeffTanner 47 months ago
I'm the FIRST to leave a comment on an almost 3 year old article about Don Knotts? I just read it on 3/6/2019.
Like (1) Reply Delete